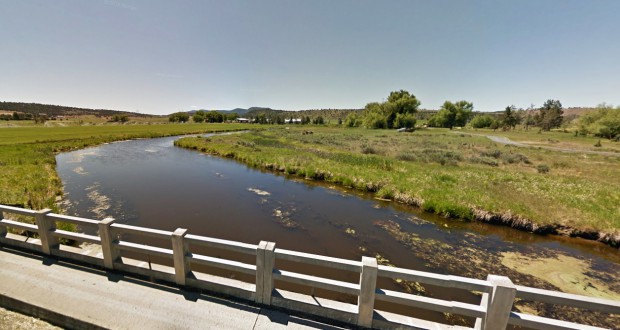 The witness first felt static electricity so bad his skin started to itch like crazy on March 27, 2015. Pictured: Bonanza, OR. (Credit: Google)

An Oregon witness camping in a remote area near Bonanza reported an odd encounter with a square or rectangular-shaped UFO that seemed to emit a “black-like negative energy” on March 27, 2015, according to testimony in Case 64286 from the Mutual UFO Network (MUFON) witness reporting database.

The witness said the incident occurred on land that is extremely remote with no electricity or water beginning about 2:10 a.m. when he was inside a tent and heard the sound of what he first thought was a bear eating a bag of chips.

“I grabbed my pistol and exited my tent and realized I had a dead flashlight,” the witness stated. “Then something caught my attention. As I was turning to look, I felt static electricity so bad my skin started to itch like crazy and I felt naked like my clothing was light as air or completely being repelled by static.” 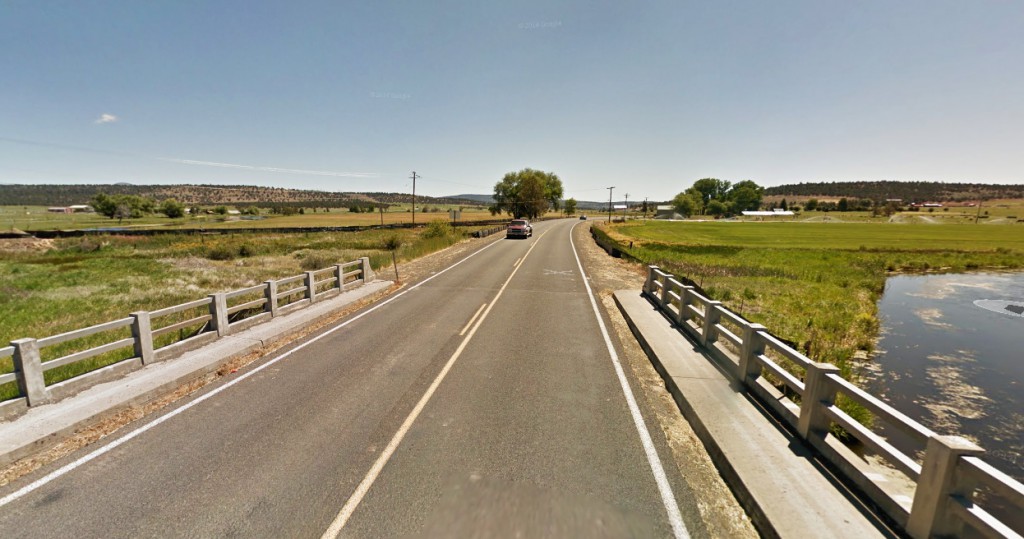 Outside the tent, the witness saw a craft he described as looking like black, negative energy – a black hole kind of dark. It was moving in from a curved path from the northeast. Pictured: Bonanza, OR. (Credit: Google)

The witness felt as though he had been drugged because “nothing was making any damn sense.”

“I even considered I had got bitten by a spider, scorpion and was hallucinating.”

But then the witness realized something was in the sky that he could not identify.

“I started calming down and realized that there is something big in the sky coming in my direction. I became terrified as I realized it’s dead quiet and has this static sound, but not just static. It sounded like serious high voltage static.”

“The ‘craft’ was black-like negative energy – a black hole kind of dark. It came at my direction in a curved path from the northeast mostly from the north and then slowed down with a faint glow. It looked dark purple and I could see a greenish blue area from time to time.”

The witness was very confused.

“I had to remember to breathe and shake my head because I was in total confusion of what I was seeing. It came within a mile or so and stopped above the tree line. It seemed to hover and circle around an area for about five minutes or more.”

The object then began to drop objects.

“It glowed a little bright and then it launched, dropped things into the woods. They completely reminded me of the time I held burning plastic and the melting drops that were on fire as they fell. My mouth dropped as the fuzzy glowing orbs starting falling from the main ship. No idea what they were, but I got scared as never before.”

The witness felt he was in danger.

“I thought – what if it launched ground troops and they are heading my way? Sudden terror hit me. I was wondering how fast I could get my van and me out of there. And more dropping balls fell this time. I could see perfectly and they were slightly different sizes. I had this thought that just maybe it’s going to crash and having serious troubles.” 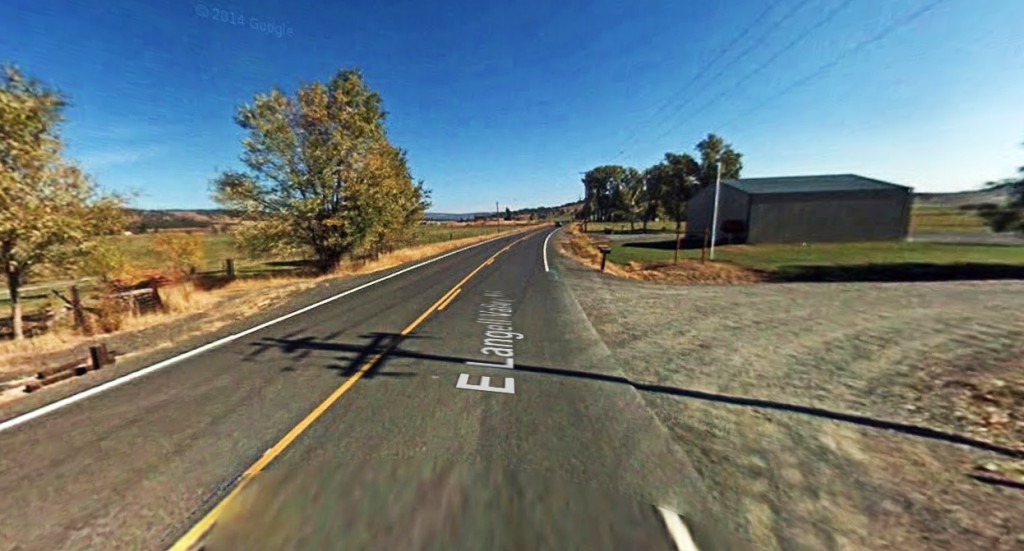 The object seemed to hover and circle around the area for about five minutes or more while it dropped what appeared to be burning plastic. Pictured: Bonanza, OR. (Credit: Google)

But then the object appeared to move away.

“At mid thought it went completely black and started to crackle with static and then took off with a deep rumble vibration that seemed to encapsulate everything into a dreamy surreal feeling. It was gone and I couldn’t comprehend what happened. I still can’t believe it. The next day I was tempted to see where it hovered, but no thanks.”

The witness is hoping others have had the same experience.

“Has anyone else seen this kind of craft? It was flat near as I could see. It was rectangular, but with a curved nose.”