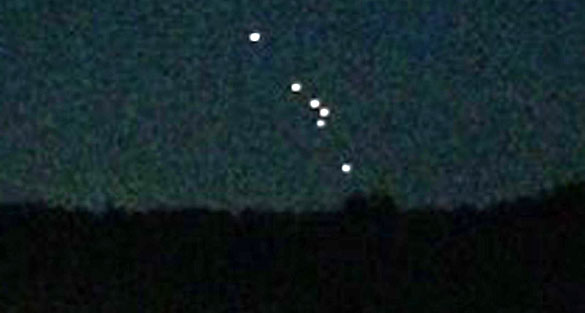 An Oregon witness at Forest Grove photographed a bright orb in the sky that appeared to split into multiple parts over a four to five minute period, according to testimony in Case 65981 from the Mutual UFO Network (MUFON) witness reporting database.

The witness was driving in the plains of Forest Grove with a friend about 8 p.m. on September 19, 2014, when the object first came into view. 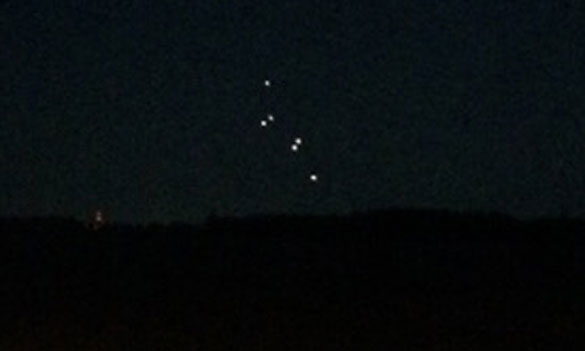 What was originally spotted as ‘a big bright, circular light in the sky’ split into multiple pieces over a four to five minute period near Forest Grove, OR. Pictured: Cropped and enlarged version of Witness Image #7. (Credit: MUFON)

“All of the sudden my friend spots a big bright, circular light in the sky,  just stationary a little bit above the horizon,” the reporting witness stated.

But then they watched as the object appeared to split into multiple parts.

“As we watched it, about one minute later it splits into three orbs, all the same size and shape.”

The multiple parts appeared to make a shape. 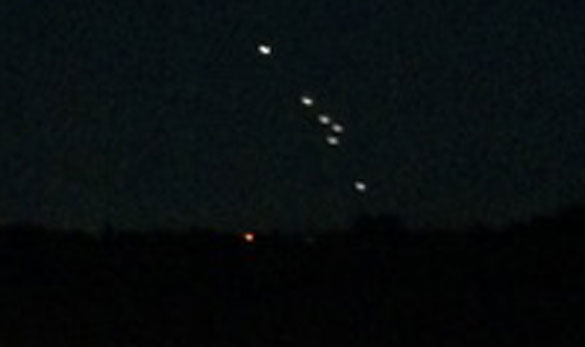 “They make a triangle, one on bottom and the other two even split on top.”

The object then seemed to split again.

“Then it split from four circles to five circles to six circles in no uniform pattern. This happened over the course of about four to five minutes. Then the six orbs/circles stayed stationary in the air until we drove out of view about five to eight minutes later.” 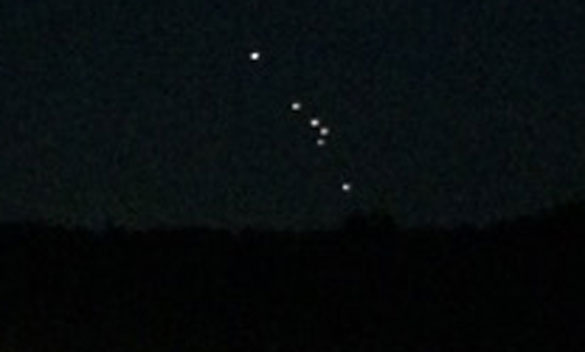 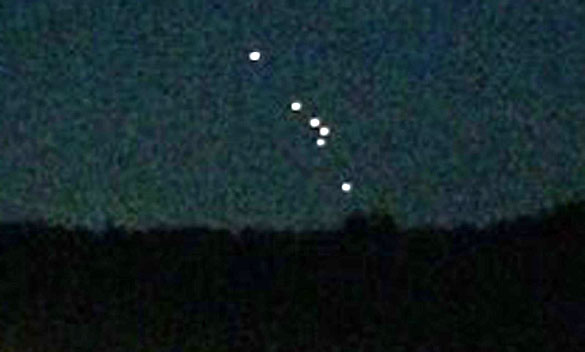 Forest Grove is a city in Washington County, Oregon, population 21,083. Please remember that most UFO sighting can be explained as something natural or man-made. The above quotes were edited for clarity. Please report UFO activity to MUFON.com.