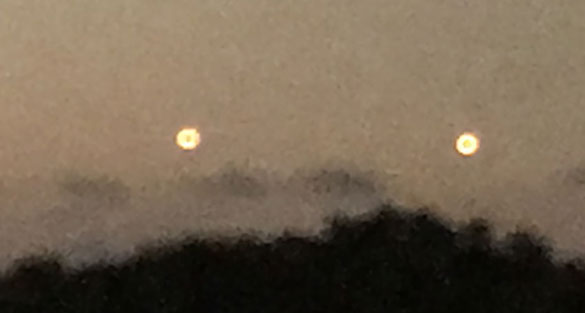 A Georgia witness at Newnan reported watching and photographing two hovering orb UFOs that eventually moved away in two different directions, according to testimony in Case 79837 from the Mutual UFO Network (MUFON) witness reporting database. 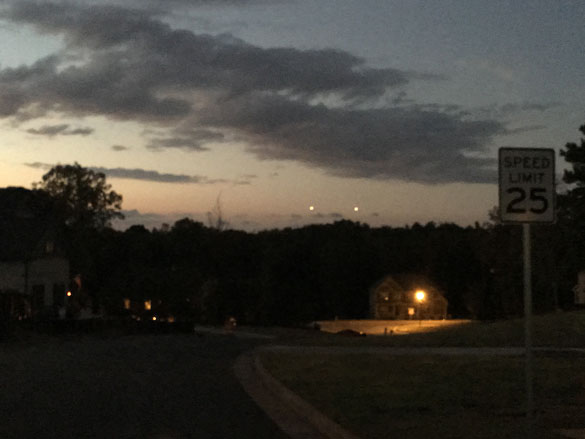 The witness was outside on a walk about 7:30 p.m. on October 16, 2016, about 15 miles south of Hartsfield Jackson Airport when the incident occurred.

“There were two very bright lights in the sky, not airplane lights,” the witness stated.“Living so close to the airport I see airplane lights all the time and know the landing patterns of the planes. They were out of the landing path from the west and east of the directions of the planes in the area. The orb lights stood out like a sore thumb. The orbs were also closer together than any planes would be on approach to the airport.”

The witness first thought the lights were airplanes. 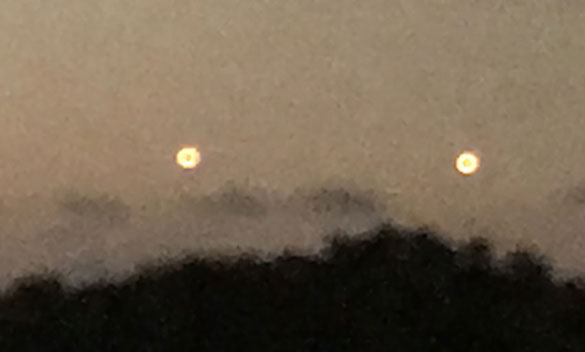 After taking pictures with an iPhone 6s+ the witness zoomed in to see if he can get a better look.

“In the middle of the orbs there seemed to be something in the middle of each of them, but not sure if it is just distortion or not. I always look for UFOs, so I was excited that this could be my first potential sighting. I had no other feelings other than excitement. I texted my buddy the picture and he check flightradar24 and nothing on the app showing aircraft in the area matching the two orbs in that area. I am always skeptical of ever seeing anything like this, but this was different than anything I have ever seen before.”

The total sighting time was about 10 minutes. 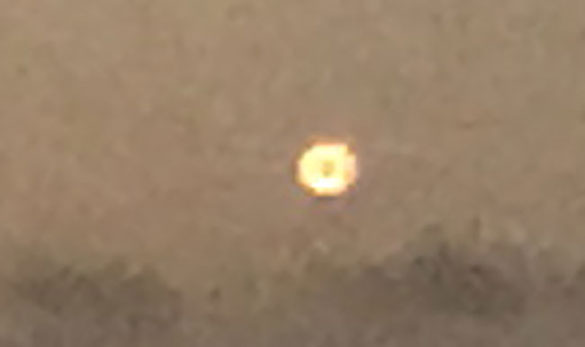 “I wasn’t 100 percent sure, so I started walking down the hill to my house. I as started walking, each orb went in separate directions in a slow, controlled line. It was odd to me that they were going the opposite direction of the landing patterns of the planes. They went below the tree line (in the pictures) and I didn’t see them again.”

Georgia MUFON State Director Ralph Howard is investigating. Newnan is a city in Metro Atlanta and the county seat of Coweta County, Georgia, population 41,109. Please remember that most UFO sightings can be explained as something natural or man-made. The above quotes were edited for clarity. Please report UFO activity to MUFON.com.