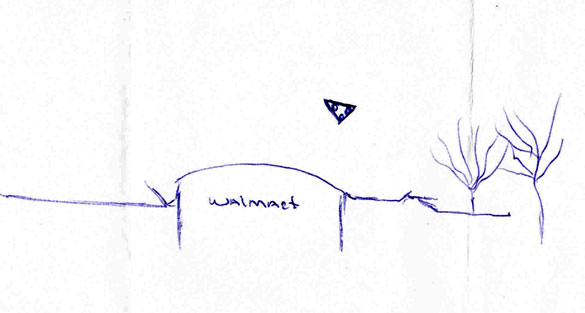 A Nebraska police officer in Omaha reported watching a slow-moving triangle UFO under 500 feet above a local Walmart store, according to testimony in Case 74492 from the Mutual UFO Network (MUFON) witness reporting database.

The police officer was patrolling the area near Walmart and looked up and saw the triangle-shaped craft at 5:38 p.m. on January 13, 2016. 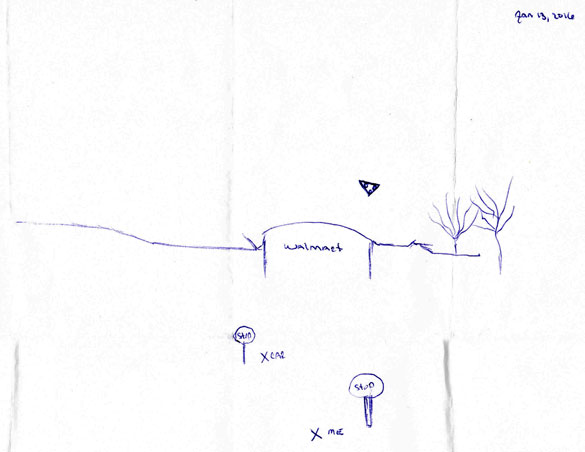 An Omaha police officer created this sketch of the triangle UFO just above a Walmart. (Credit: MUFON)

“When I first saw the craft I knew right off what it was,” the witness stated. “The object was bright having only three lights.”

The sighting happened rather quickly under partly cloudy skies.

“It moved slowly for about several seconds and then just disappeared.My actions were – I motioned the people to drive from the stop sign. I couldn’t believe what I was seeing and last, I kept my eyes on the object. The triangle craft just vanished in the night sky.” 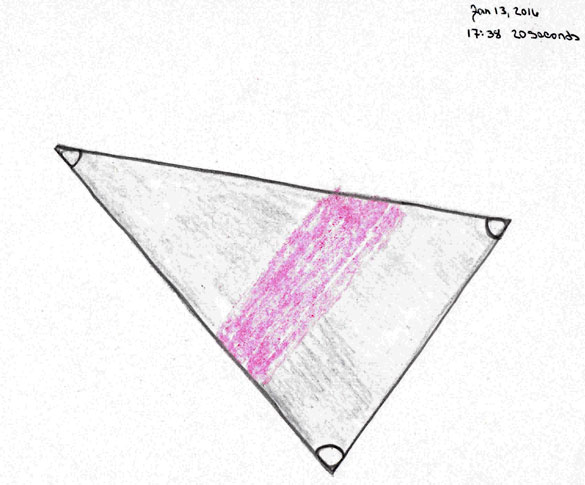 Detailed illustration of the triangle object seen over Omaha on January 13, 2016. (Credit: MUFON)

The witness included two sketches with the report, which was filed on February 23, 2016. Nebraska MUFON Field Investigator Frederick Zewe is investigating.