An Ohio witness at Rudolph reported watching and videotaping a UFO described as a “large ball within a translucent square,” according to testimony in Case 47675 from the Mutual UFO Network (MUFON) witness reporting database. 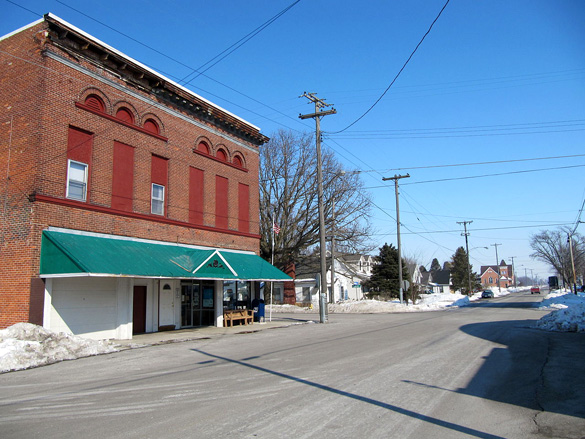 The reporting witness and her husband were outside sitting in the backyard about 9:30 p.m. on May 26, 2013, when the incident began.

“He suddenly looked over my shoulder and said, ‘What the hell is that?’ The object was almost directly over us and was huge.” 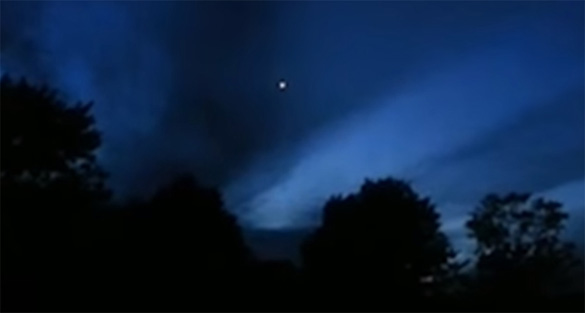 “It was a large, translucent square and within the square was a very bright, pulsating, white light that changed to a faint, glowing red light and then back to white. We watched it slowly and silently float across the sky until it was out of our view due to the tree line. It moved slower than a plane. We both videotaped it with our smart phones.”

The case was reported to MUFON on May 27, 2013, and investigated by Ohio Field Investigator Donovon Lee and closed as an Unknown. 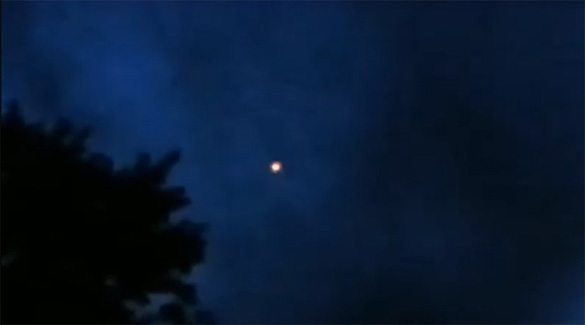 “The object was spherical in shape and appeared to be glowing and/or pulsating as if it was ‘burning,’” Lee reported in the MUFON case file. “Color described as white but glowing to a reddish hue. Made no noise.

“The temperature was typical at 38 degrees with winds due south at 15 mph and partly cloudy. Investigator is personally familiar with the area where object would have been flying over and attests that it is simply farmland in the middle of nowhere, sparsely populated, with no major airports within 40 miles and no military bases in the region. Object derivation is indeterminablefrom videos, however, the following irregularities are noted: · Object moves too slow for a balloon/kite and too fast for an airplane. · Object is not visually consistent with any known toy or hobbyist vehicle. · Object moves opposite of the slight breeze, so it is self-propelled, not ‘pushed along.’· Not reported to MUFON, but on witnesses’ posts in YouTube, they also indicate a difference in size, saying, ‘Before we started taping, it was much bigger’ so it appears the object somewhat vacillated in size. Upon viewing the video, this is substantiated in the opposite – at 20 seconds into the video, object appears to glow, increasing approximately one-third in size.” 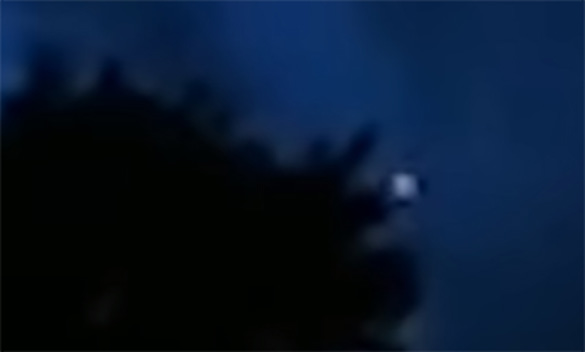 The Field Investigator also noted that two other Ohio cases were similar.

“The most unique aspect about this case is that there are two correlating cases of possibly the same type object. Case 47720 and a second reportfrom Ottawa, Ohio. I shared the video from this case with the witness in both cases and both verbally indicated that the object was, in their opinion, the same.”

Rudolph is an unincorporated community in eastern Liberty Township, Wood County, Ohio, population 458. Please remember that most UFO sightings can be explained as something natural or man-made. The above quotes were edited for clarity. Please report UFO activity to MUFON.com.

Editor’s note: A light inside of a “transparent square” is also a good description of a Chinese Lantern, which is most likely what this object is. However, there are differing opinions on this video. Share your’s below.