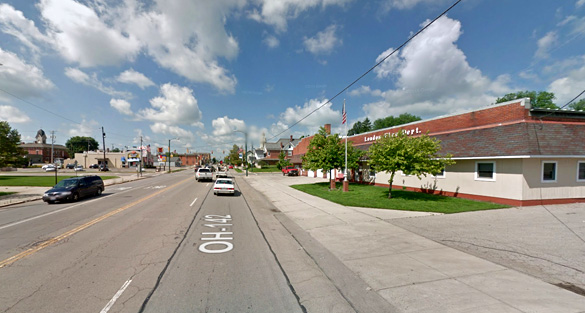 An Ohio witness at London reported watching a disc-shaped UFO that appeared to land in a nearby field about 10 p.m. on November 8, 2015, according to testimony in Case 72366 from the Mutual UFO Network (MUFON) witness reporting database.

The witness was driving to a third-shift factory job when the object was first seen and thought to be an airplane. 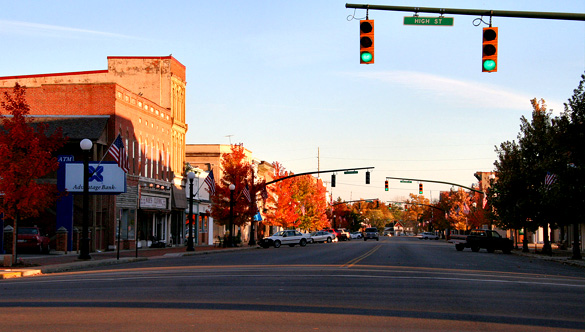 The witness first thought the descending object was an airplane about 10 p.m. on November 8, 2015. Pictured: London, Ohio. (Credit: Google)

“Then the bottom and front lights changed,” the witness stated.“I watched it to the best of my ability while driving. I saw it go in a straight path. I looked back at the road and then back at the direction where it was and it had landed in a harvested field.”

The witness could see lights on the object.

“I did not see it land, just saw it illuminating itself with the colorful lights on the bottom, showing its dark dome disk shape. The colorful lights were only on for a few seconds. I looked away and then looked back at it and it went back to white lights.” 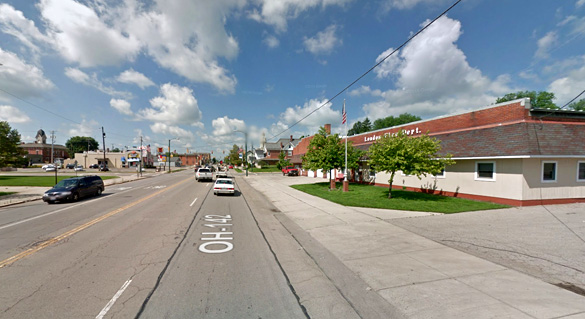 The object appeared to move at the ground level.

“It then went dark and then I noticed a bright white light that was on along one side of the street, and then it went to the other. So it must have crossed the street.”

“I tried to keep track of the white light, but lost it. I tried to look for it again while in my car when I parked at work, but didn’t find it. I work third shift at a factory. I had a clear look at it when it was on the ground with the colorful lights, but I did not get a picture of it, as I did not even think about it at the time, due to shock and a strange feeling that came all around me after my heart skipped a beat.”

The witness regrets not taking a photo.

“When I did think about getting a picture, I looked behind me and there was a car coming in the distance, so I decided not to get it. I should have stopped my car, put my hazards on and got to the side of theroad, reversed and got a picture, but like I said, the colorful lights only lasted a few seconds. I wonder if the person in the car behind me saw it.” 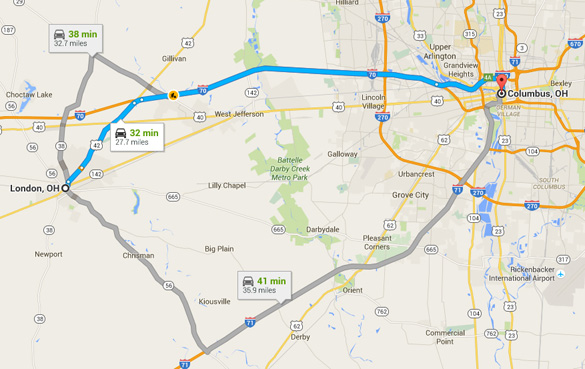 London is about 30 miles west of Columbus, Ohio. (Credit: Google)