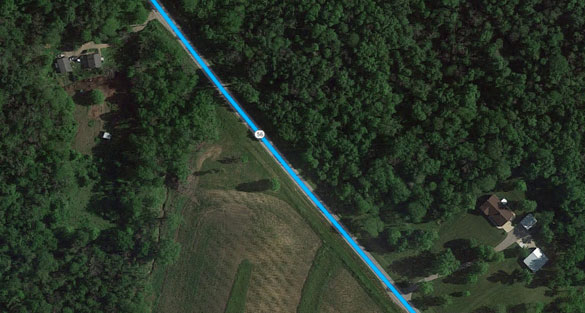 An Ohio witness driving along Route 56 between Sidney and London reported watching a rectangle-shaped UFO that hovered over their vehicle so low the driver said, “I could have stood on top of the truck and touched the bottom,” according to testimony in Case 67107 from the Mutual UFO Network (MUFON) witness reporting database. 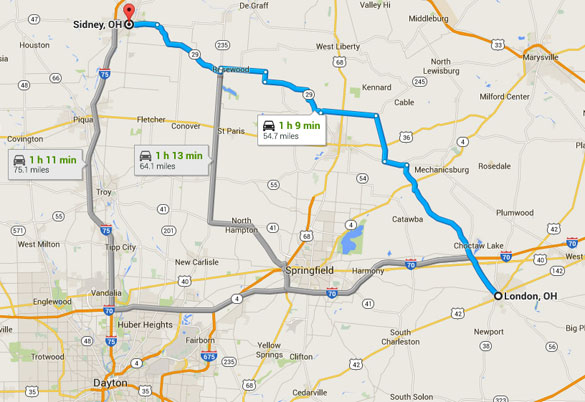 The reporting witness was driving back to London, Ohio, from Sidney, with three family members in the vehicle when the incident occurred during April 2015.

“It was me, my mother, my oldest daughter – she’s 9 – and we had just picked my youngest daughter from her grandparents,” the witness stated. “We were driving down Route 56 coming back toward London.”

Her daughter was the first to spot the object. 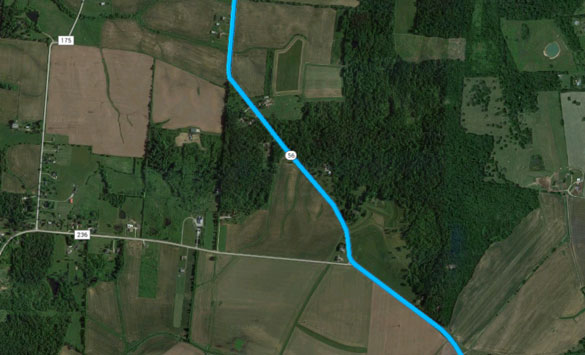 The witness said the UFO hovered over their truck as they stopped along rural Route 56 between Sidney and London, Ohio. (Credit: Google Maps)

“As we drove over a hill, my 9-year-old saw the lights. The craft was moving so slow. It flew out over a field. As we got closer the craft turned around and flew back out over the road and hovered above the truck.”

The driver stopped the truck in the middle of the roadway.

“The craft stopped above the truck. I rolled the window down to look at it. Myself and my 9-year-old were trying to look. I got my phone out to take a picture of it. The phone would not pick up the lights on the craft or anything. The screen on the phone just stayed black.” 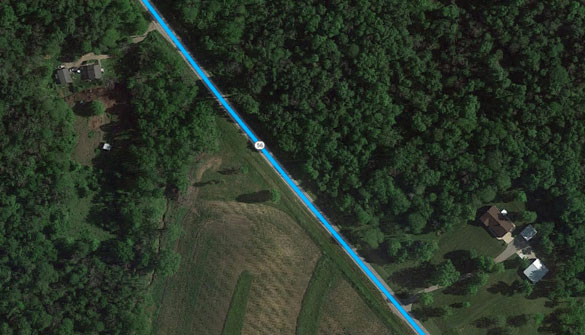 Family members were terrified during the UFO encounter along Route 56 between Sidney and London, Ohio, in April. (Credit: Google Maps)

Family members became upset at what they were seeing.

“At this time my mother and my 2-year-old were both yelling. My mom was screaming for me to drive and my 2-year-old was terrified, shaking and crying so hard. There was no noise coming from the craft at all. It was so low I could have stood on top of the truck and touched the bottom of the UFO. As I drove away, it just sat there. Then it just disappeared.”

The witness did not list an exact date or time during April 2015 when the incident occurred. The report was filed with MUFON on June 26, 2015. MUFON Ohio is investigating.