Home / Articles / Underground base researcher’s nuclear protest
[Sauder] was able to scale the fences of Minot Air Force base in North Dakota, make his way to a silo and sit down and wait for authorities.

In a time when everyone is on high alert for terrorist attacks, it should be difficult for anyone to breach the grounds of a nuclear silo and if this were to happen, as other recent suspected terrorist attacks, it should garner worldwide headlines. However, Dr. Richard Sauder, a researcher of secret military underground bases, was able to scale the fences of Minot Air Force base in North Dakota, make his way to a silo and sit down and wait for authorities. According to the Minot Daily News, Sauder said in court that it took more than an hour for base security to apprehend him. Almost just as shocking has been the lack of attention from the media on Sauder’s escapade.

The fact that it took so long for the guards to apprehend Sauder punctuated one of the points of his protest. He didn’t make himself very difficult to make out, instead of the camouflage outfit that a terrorist may wear raiding a nuclear base; Sauder wore a Native American headdress along with a blue cape. He says he chose Minot Air Force base because of recent blunders they have made with nuclear missiles, such as transporting six warheads to the wrong base, and a missile truck overturning resulting in the death of an airman who was crushed by a training missile. 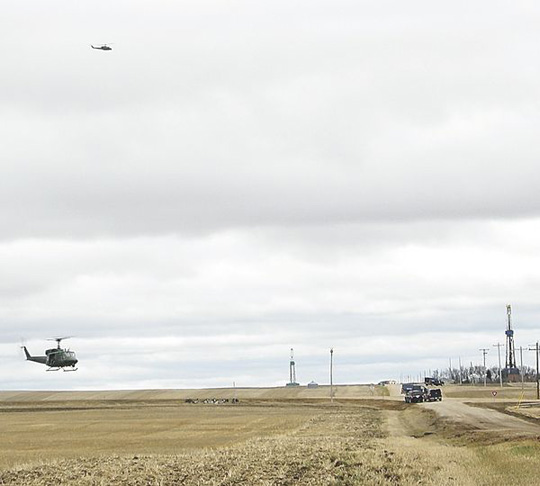 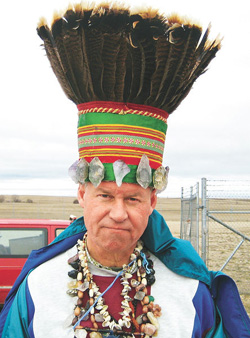 The point Sauder was making with his outfit related to the base being on a Native American reservation. He says this places in questions the legality of the Air Force’s claim to the land.

After apprehending Sauder April 16th he was placed in a Rugby correctional facility. Sauder admitted his guilt in court three months later on July 23rd, and was released by federal Magistrate Judge Charles S. Miller as time served. Miller told the Minot Daily News, “I think I understand his statement and I respect his views.” Although he warned Sauder not to be caught making this type of protest again, telling him, “I know if I’m the sentencing judge, you’ll most likely be facing the maximum penalty – and it might be a felony.”

On the judge’s decision to release Sauder, UFO Digest writer, Robert Morningstar wrote: “We applaud this judge for his fairness and we hope more judges in future will exercise such discretion, restraint and”2 Cents of Common Sense” in their deliberations on such cases of citizen’s protests and exercise of civil disobedience in pursuit of a just cause.”

Sauder has as a B.A. in sociology, an M.A. in Latin American studies, an M.S. in forestry and a Ph.D. in political science. He currently resides in San Antonio, Texas and continues to research top secret underground and underwater military bases. His latest book is called Hidden in Plain Sight: Beyond the X-Files, and can be purchased on Richard Dolan’s Richard Dolan Press..