Home / Articles / Not all UFOs are flying saucers

The savvy Ufologist knows that the word flying saucer was coined by the press when in 1947 pilot Kenneth Arnold described the objects he had seen as being like saucers skipping over the water.

Not all UFOs are flying saucers 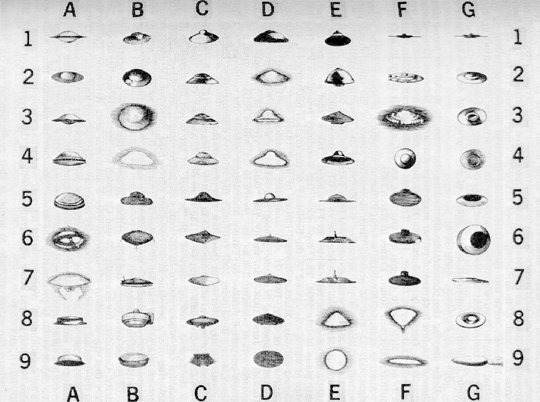 Chart proposed by Dr. Roger Shepard from the Department of Psychology, Stanford University. Presented at hearings before the U.S. House of Representatives Committee on Science and Astronautics in 1968.

The savvy Ufologist knows that the word flying saucer was coined by the press when in 1947 pilot Kenneth Arnold described the objects he had seen as being like saucers skipping over the water. He was describing their movement, not their shape; he actually described their shape as looking more like flying boomerangs. Boomerangs, orbs, diamonds, eggs, bright points of light, cigar and of course the typical saucer shape are some of the most popular descriptions. The Mutual UFO Network training manual lists dozens of different shapes that are received in their reports.

However, the descriptions of UFOs can get very weird. Aerospace historian and Open Minds researcher, Michael Schratt is an expert on black projects and the secret ultra high technological craft that the U.S. is working on. However, in his recent lectures he also includes some of the case files from the Center for UFO Studies (CUFOS) which show craft that can be so strange that he believes they defy explanation.

The Center for UFO Studies was started in 1973 by Dr. J. Allen Hynek, an astronomer who investigated UFOs for the Air Force’s project Blue Book from the late 40’s to the late 60’s. Disappointed that the Air Force seemed to want prosaic answers instead of serious investigation, he later formed his own organization to take a serious look at the phenomena. 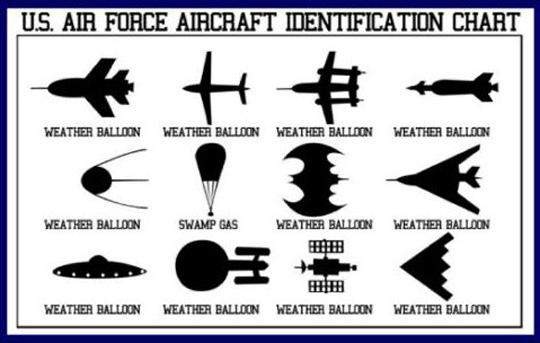 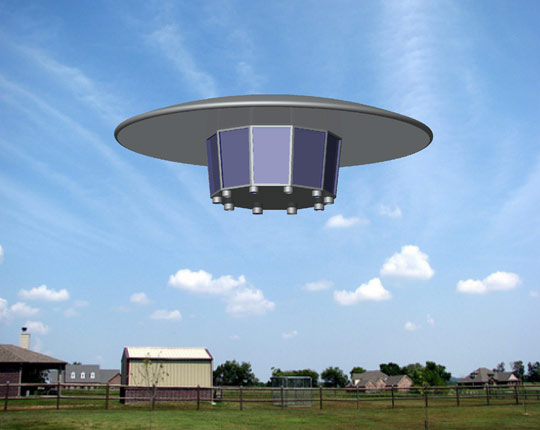 Illistration of the object seen in Oklahoma (Credit: Michael Schratt).

Inside of these files Schratt found very well documented investigations of sightings that stretch the imagination, and he took the time to create 3D simulations of each. One such case was a sighting in May 1967 in which a farmer in Oklahoma saw an object that most closely resembled a flying muffin. The upper part the farmer estimated to be the size of a football field, while the bottom looked like a “gondola” with a large open door. The “gondola” was filled with green gas.

Other cases include a pyramid shape with a large cover on top that would detach and hover over the craft as other craft would enter this opening. There are cases with large odd shaped objects that have windows and creatures looking out of the windows. In one case a creature allegedly disembarked from the craft and tried to appropriate a vehicle with the driver in it.

Almost every shape and size of craft imaginable has been reported in the tens, if not hundreds of thousands of reports that have been collected by UFO organizations across the world.

Michael Schratt’s lecture on these cases can be viewed below.