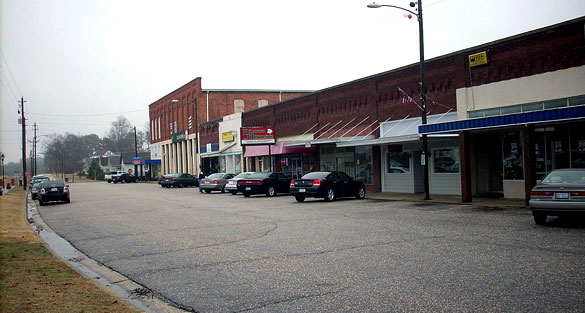 A North Carolina witness and his 12-year-old grandson at Erwin reported watching a triangle-shaped UFO that seemed to be following them along Route 421, according to testimony in Case 67357 from the Mutual UFO Network (MUFON) witness reporting database. 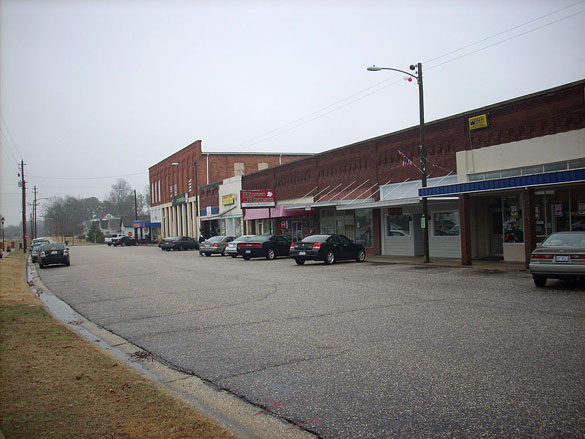 The UFO was seen as the witnesses traveled along Route 421 between Erwin, NC, and Lillington, NC. Pictured: Downtown, Erwin, NC. (Credit: Wikimedia Commons)

The MUFON report was filed by the witnesses’ wife for the events that began about 10 p.m. on June 28, 2015, when her husband and grandson left a bowling alley in Erwin.

“They noticed a triangle-shaped object with lights in the sky,” the woman reported. “When my husband sped up on the road, the object either went just as fast or passed him and waited. When he slowed down, the object slowed down. My husband did this on purpose to see if the object was conscious of his movements.” 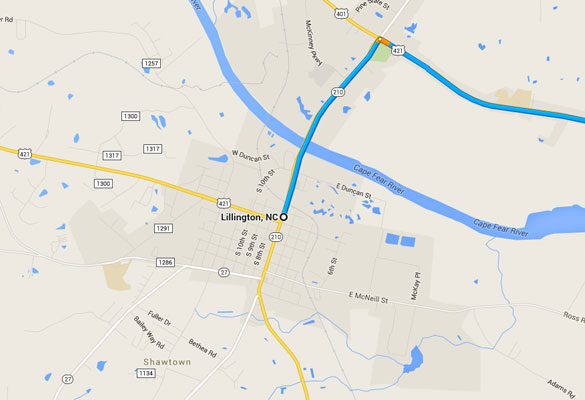 The witness traveled south through Lillington, and then southwest on Route 27 from Lillington toward Sanford/Broadway, NC, when the object started following him again. (Credit: Google Maps)

The events were witnessed as they traveled along Route 421 between Erwin, NC, and Lillington, NC. 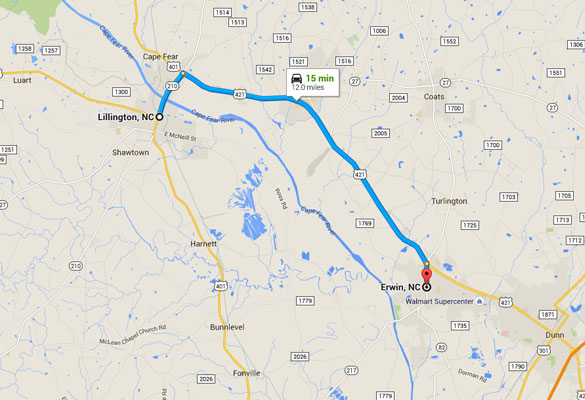 The object disappeared from view about half way down Route 27 between Lillington and their home. (Credit: Google Maps)

The object disappeared from view about half way down Route 27 between Lillington and their home.

“Our grandson has a photo and a video but we do not know how to upload it from my grandson’s device. We live about 20-25 minutes from Ft. Bragg/Pope Air Force Base and about one-half hour from Simmons Army Air Force Base. We see planes and helicopters all the time. This was not a plane nor a helicopter.”

Erwin is a town in Harnett County, North Carolina, population 4,405. Please remember that most UFO sightings can be explained as something natural or man-made. The above quotes were edited for clarity. Please report UFO activity to MUFON.com.