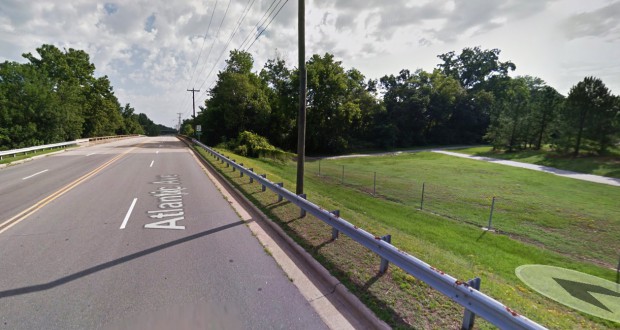 The witness first noticed the object just above the tree tops and the size of a football field about 9:37 p.m. on October 27, 2010. Pictured: Rocky Mount, NC. (Credit: Google)

A North Carolina witness at Rocky Mount recalls an encounter with a silent, low flying UFO “the size of a football field,” according to testimony in Case 63995 from the Mutual UFO Network (MUFON) witness reporting database.

“The object was hovering and I turned off another road to get a better view of the object,” the witness stated. “I stopped in front of the object and viewed the object at 25 feet away.” 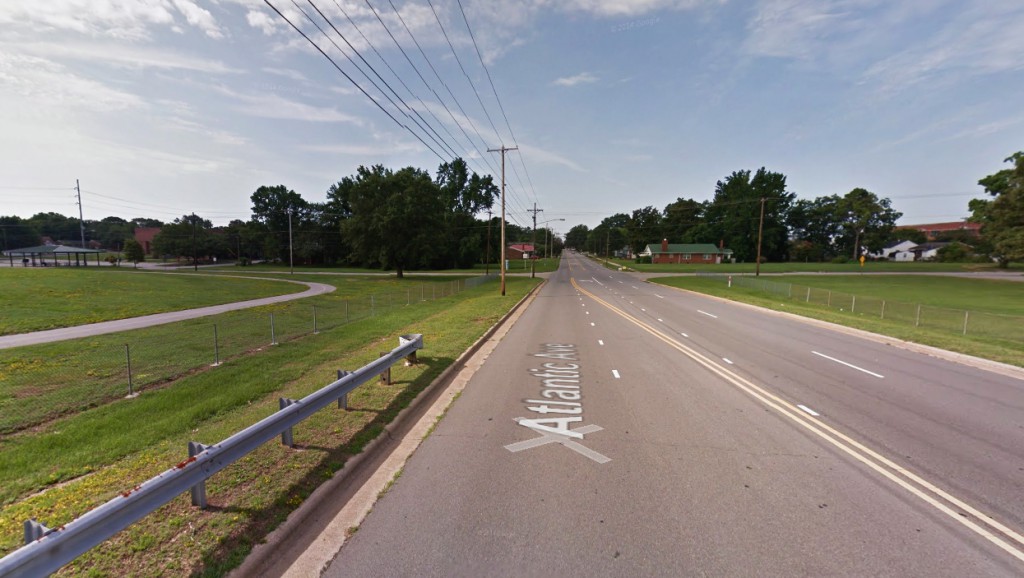 Although the witness was on time on his way to work, upon arriving he realized he was one hour late. Pictured: Rocky Mount, NC. (Credit: Google)

“It was a silver-gray object the size of a football field.”

“The object turned lights off and started moving slow, making no sound.”

The witness got back into his vehicle and followed the moving object for about two miles before it went out of sight.

“When I got to work I noticed I was one hour late and could not figure out why I was late – but I remember every detail. There is a burn mark on my legs and marks on my arms from that sighting. I have more details if you need them. They are real. For one thing I know the object was not man-made.”

Rocky Mount is a city in Edgecombe and Nash counties in the coastal plain of NC, population 57,477. 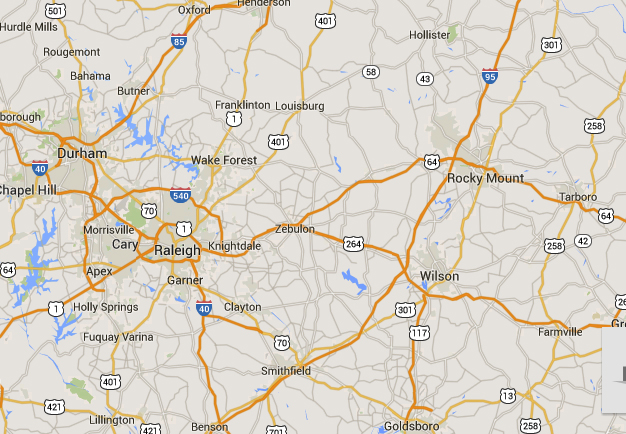 North Carolina is currently a UFO Alert Level 5 – with 0.72 sightings per million population based on MUFON February 2015 statistics. North Carolina received a total of seven UFO reports in February.