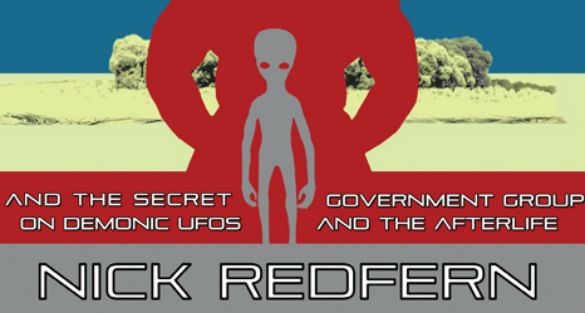 Open Minds UFO Radio: Nick Redfern is a journalist, author, and UFO researcher. He is originally from England, but now lives in Texas. The topics in his books range from Men in Black, UFOs, Cryptozoology and other paranormal topics. His latest book, just released this month, is titled Top Secret Alien Abductions.

In this episode, we discuss his latest book. However, the majority of the show is regarding the topic of his 2010 book, FINAL EVENTS and the Secret Government Group on Demonic UFOs and the Afterlife. In a recent interview on Open Minds UFO Radio, investigative journalist George Knapp discussed the influence religious government insiders had in squashing funding of UFO and paranormal investigations. He referenced Nick’s work investigating religious cabals in the government. Just this week, Luis Elizondo, former head of the recently revealed UFO program, wrote an article for To the Stars Academy of Arts and Sciences in which he claimed these same insiders ruined his predecessor’s career.

Get Nick’s book FINAL EVENTS and the Secret Government Group on Demonic UFOs and the Afterlife: https://amzn.to/2AOH1C3