NASA’s Curiosity rover made a surprising discovery that could suggest that something is alive on Mars.

On Tuesday, December 16, NASA announced that Curiosity detected a sharp spike in methane levels, and that drilled rock samples revealed the first definitive detection of organics in surface materials of Mars. 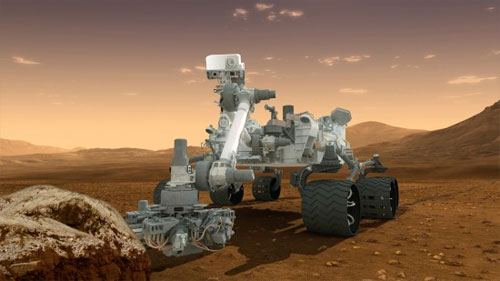 Scientists discovered methane in the planet’s atmosphere back in 2003. So researchers weren’t too surprised when Curiosity discovered methane on the Martian surface in 2012. But the level variability detected by Curiosity was completely unexpected. After the initial detection on the surface, Chris McKay, space scientist and Mars specialist at NASA’s Ames Research Center, explained that, if the methane levels remain constant, “then this can be reconciled with normal processes and a meteoritic source of organics,” but “if it’s highly variable, then all bets are off.”

Researchers have used Curiosity’s onboard Sample Analysis at Mars (SAM) instrument to search for methane in the Martian atmosphere. According to NASA’s recent press release, after measuring levels spanning a twenty month period, Curiosity has measured a tenfold spike in methane.

Researchers are particularly interested in finding methane on alien worlds because living organisms produce an overwhelming amount of the gas on Earth. While finding significant amounts of methane on Mars isn’t a sure-fire sign of past or present life — geological processes can also produce the gas — it’s still a good starting point, according to many scientists. 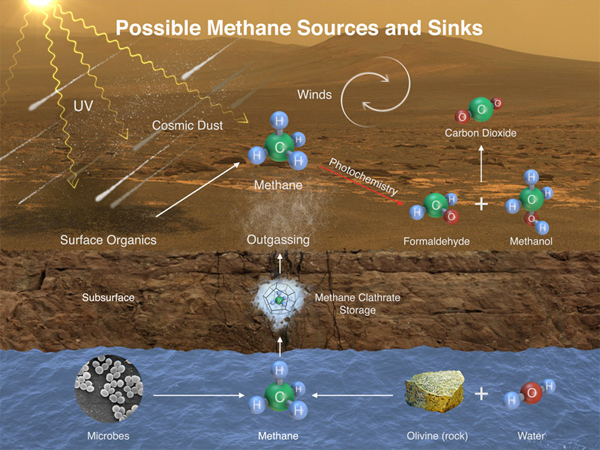 But with the charted spike in methane levels, the possibility of life, past or present, is promising. Paul Mahaffy of NASA’s Goddard Space Flight Center told Space.com, “So all we can really do is lay out the possibilities. And we certainly should have an open mind. Maybe there are microbes on Mars cranking out methane, but we sure can’t say that ​with any certainty. It’s just speculation at this point.”​

And, as for the discovery of organics, NASA explains, “Organic molecules, which contain carbon and usually hydrogen, are chemical building blocks of life, although they can exist without the presence of life. Curiosity’s findings from analyzing samples of atmosphere and rock powder do not reveal whether Mars has ever harbored living microbes, but the findings do shed light on a chemically active modern Mars and on favorable conditions for life on ancient Mars.” 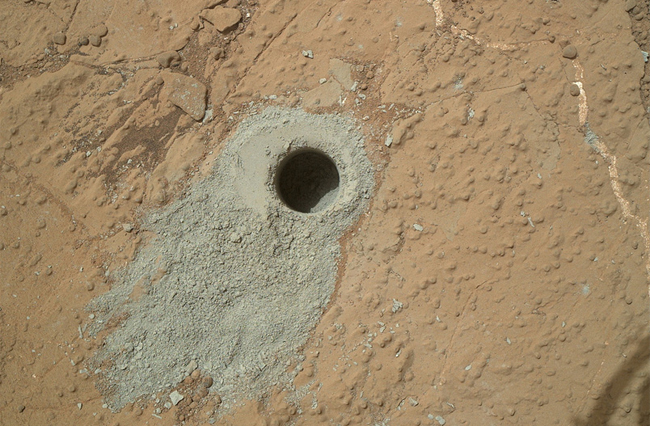 Drill sample from which organics were detected. (Credit: NASA/JPL-Caltech/MSSS)

The detection of methane and organics on Mars were discussed at a briefing on Tuesday, December 16 at the American Geophysical Union’s convention in San Francisco.