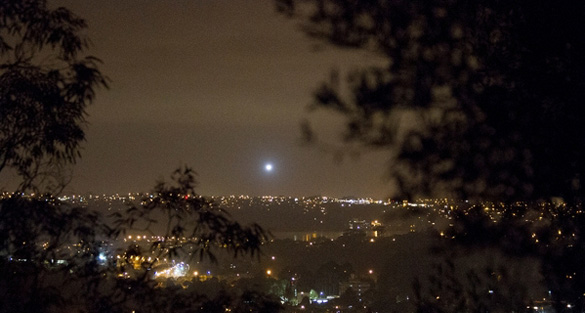 Another company has decided to hoax UFO sightings in an effort to promote themselves. This time in Auckland, New Zealand.

As if it is not hard enough for UFO investigators to look into strange sightings, there is a growing trend to hoax UFO sightings for publicity. This latest hoax was perpetrated by Energy Online, an energy retailer.

In a press release posted by Energy Online Monday, they said the stunt was an “attention-grabbing campaign.” According to Reseller News, the UFO was actually a remote controlled “octocopter” fitted with LED lights in three rings around the aircraft. For added safety, the octocopter was piloted by a commercial pilot. 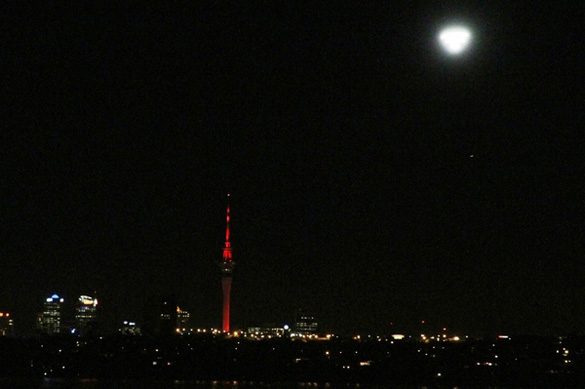 The stunt didn’t receive the viral attention that a similar stunt in Canada received last year, but it did get some news. The news site Auckland Now posted UFO photos sent to them by one of their readers last weekend.

The witness said, “I noticed people stopping their cars by the Z petrol station. Then a girl ran across the road saying ‘oh my gosh, did you see that?’ I thought she was a drunk actually.”

The Facebook site UFOs over Auckland New Zealand also posted pictures and some videos of the object over the weekend. 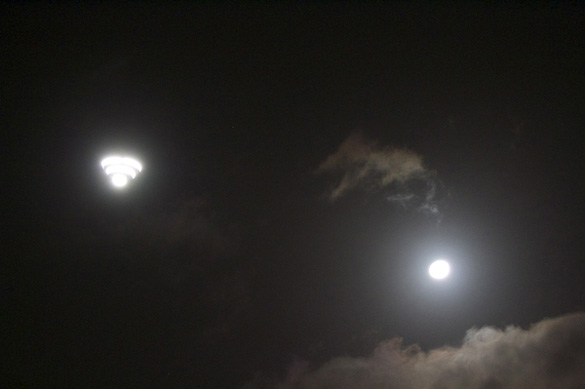 Although Energy Online’s UFO got some attention, it was nothing like the media fervor created by a similar UFO stunt last year in Vancouver, Canada. The Vancouver Space Centre decided to kit out  a remote controlled drone to look like their UFO-shaped space center building and fly it around town. Their UFO went largely unnoticed until September 3, 2013 when the space center flew their UFO near a minor league baseball game during the sixth inning.

Baseball fans took pictures and videos, and the sighting was announced during the live broadcast. The local team staged a comeback after the sighting, causing the UFO to be dubbed online as #luckyUFO.

These videos and pictures were immediately tweeted and went viral. News sites around the world covered the story before the Vancouver Space Centre finally fessed up to the hoax in a press release.

UFO investigators were not amused.