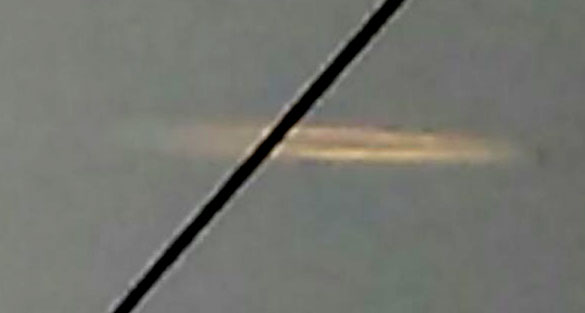 A New York witness at Colonie reported watching and photographing three cigar-shaped UFOs that hovered overhead under the cloud cover before quickly disappearing, according to testimony in Case 79390 from the Mutual UFO Network (MUFON) witness reporting database. 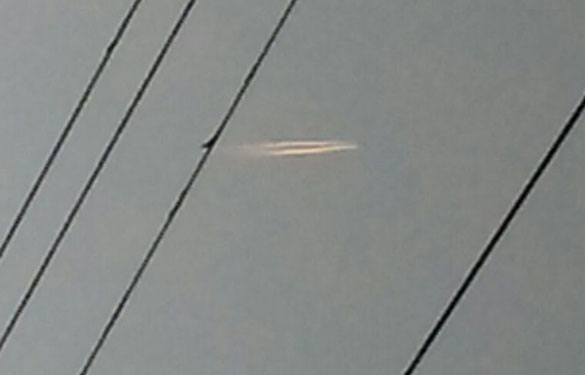 The witness and a sister were driving along Central Avenue heading to Schenectady about 7:10 p.m. on September 11, 2016, when the incident began. 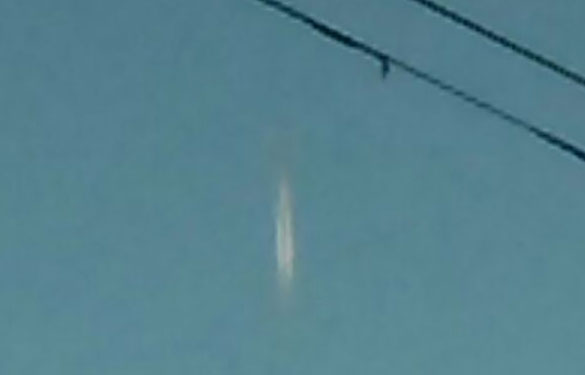 “My sister observed a brilliant light in the sky,” the witness stated.“When I looked the light was steady, didn’t move for about three minutes. I quickly thought it was a UFO.”

The two decided to pull over for a better look.

“It impacted us and my sister parked the car and I got my cell phone to take pictures, which are the ones attached. It looked like a cigar type.”

Then two more objects showed up. 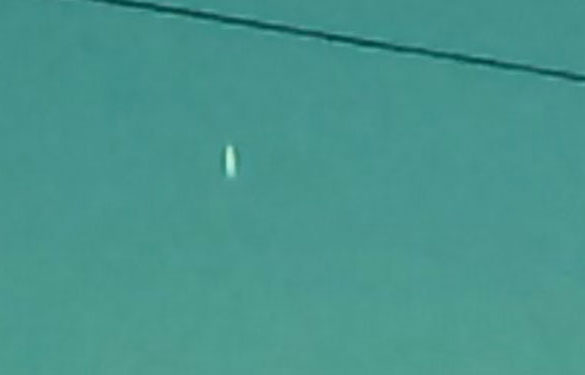 “Then the first UFO moved and then two more showed up and were steady for about a minute and then the three of them disappeared.”

The witness submitted five images with the MUFON report, which was filed on September 25, 2016. Colonie is a town in Albany County, New York, population 81,591. New York Chief Investigator Nicholas Voulgaris is investigating.