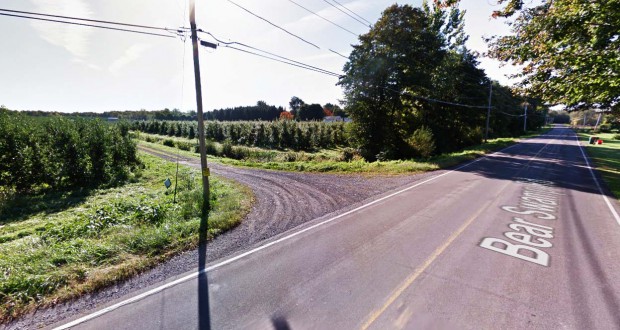 New York family at campfire shocked when UFO appears nearby

New York family members at Williamson said they were “dumbfounded” when a bright light UFO appeared just 100 yards away in nearby trees, moved out into a clearing and then shot off into the night sky about 11:01 p.m. on September 27, 2014, according to testimony in Case 60183 from the Mutual UFO Network (MUFON) witness reporting database.

The witness and family members were outside at a campfire when the object was first noticed.

“My brother-in-law first noticed an extremely bright white light through the trees 100 yards away east of us,” the reporting witness stated. “The light was blinding and we could not make out the shape.” 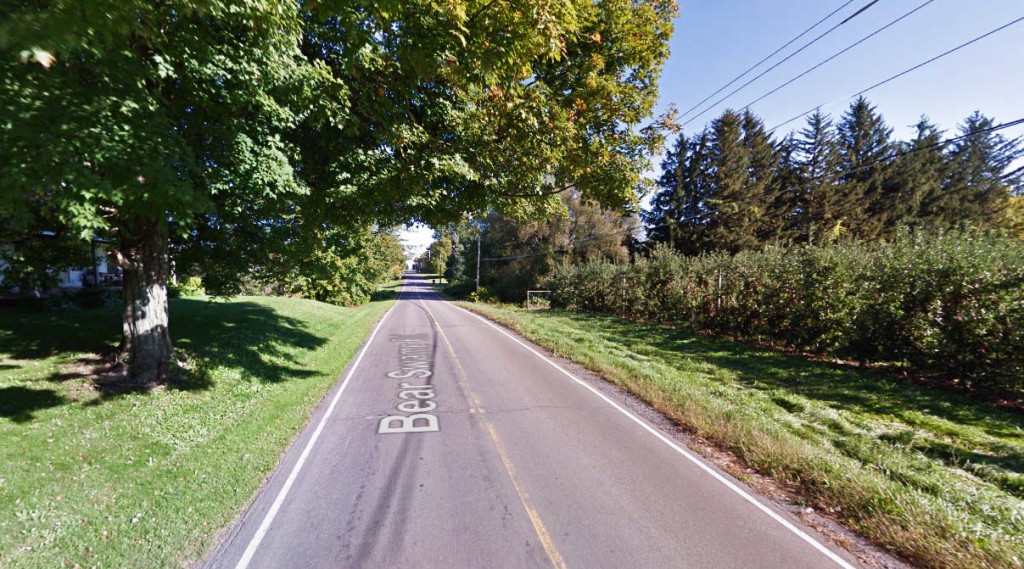 The object moved into a clearing before shooting up into the sky and disappearing. Pictured: Williamson, New York. (Credit: Google)

They first thought the object might be a helicopter.

“But there was no sound and the object moved in ways I have never seen.”

“The object started from behind the trees and then moved out into a clearing before accelerating at great speed up in the air and out of view. It started northeast in the tree line and slowly moved south as it came out of the trees and then shot up and away in the east.” 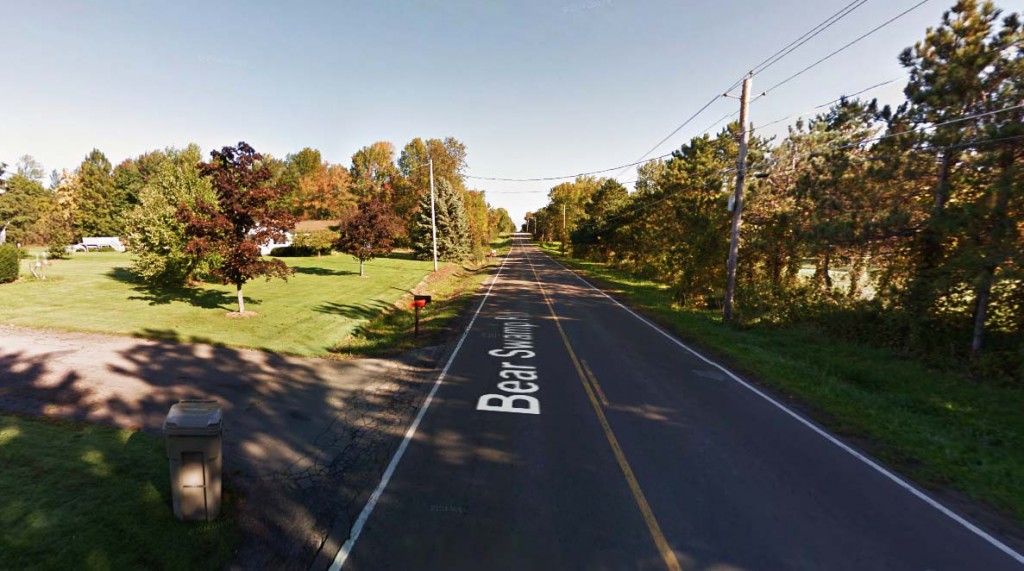 Family members said the object was not a helicopter and made no sound. Pictured: Williamson, New York. (Credit: Google)

The group eventually lost sight of the object.

“We were dumbfounded and could not believe what we saw. We lost sight of the object after it climbed to so much altitude and it was no longer visible.”

Williamson is an Upstate New York town on the south shore of Lake Ontario in the northwest part of Wayne County, New York, population 6,777. New York MUFON is investigating. The above quotes were edited for clarity. New York has a current UFO Alert Rating of 3 with a high number of recent reports nationally. New York had 39 UFO reports in August 2014 – the 3rd highest reporting state – while California had 99 reports as the highest reporting state. The above quotes were edited for clarity. Please report UFO activity to MUFON.com.