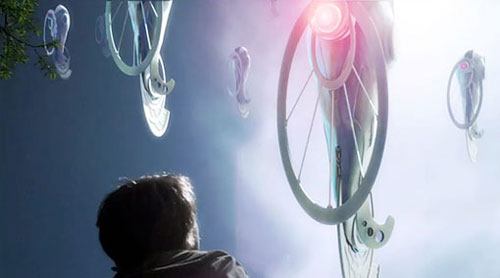 A new dramatic television series will feature not one, but seven different alien races.

Defiance is the title of this 12-episode drama coming to SyFy. As Entertainment Weekly reports, here is the official synopsis of the show:

Set in the near future, Defiance introduces an exotically transformed planet Earth, its landscapes permanently altered following the sudden – and tumultuous – arrival of seven unique alien races. In this somewhat unknown and unpredictable landscape, the richly diverse, newly-formed civilization of humans and aliens must learn to co-exist peacefully. Each week, viewers will follow an immersive character drama set in the boom-town of Defiance, which sits atop the ruins of St. Louis, MO, while in the game, players will adventure in the new frontier of the San Francisco Bay area. The dramatic tapestry of the series and the intense action of the game will exist in a single universe where their respective narratives will inform one another and evolve together into one overall story.

SyFy announced on Monday, January 7 that Defiance will premiere with a two-hour debut on Monday, April 15 at 9 p.m.