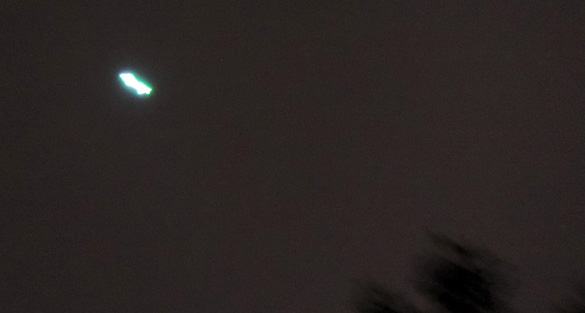 A New Jersey witness at Caldwell reported watching a teal blue UFO that hovered near his home for 20 minutes beginning at 9:38 p.m. on June 26, 2014, according to testimony in Case 57407 from the Mutual UFO Network (MUFON) witness reporting database. 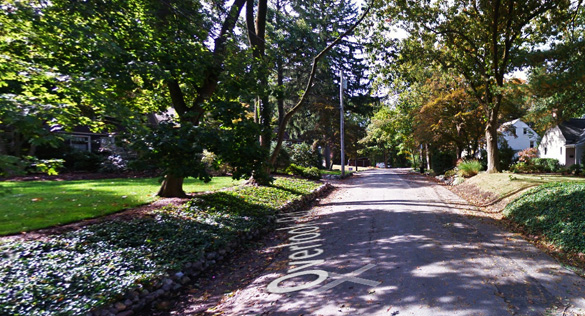 The Caldwell, NJ, witness saw the object hovering near the tree top level close to his home. Pictured: A street scene in Caldwell. (Credit: Google)

The witness first saw the object looking through a kitchen window and thought that the color was rather odd.

“The object stood out at first because of its unusual color, which was teal blue and very bright,” the witness stated.

The witness watched the object’s movement and hovering locations.

The witness was able to capture images during the encounter.

“The last sighting I had of the object was when it quickly descended behind the tree tops and never reappeared. I observed this object for 20 minutes with my wife while taking photos and video.”

The witness submitted three images with the MUFON report, which was filed on June 27, 2014: Image 1, Image 2 and Image 3. 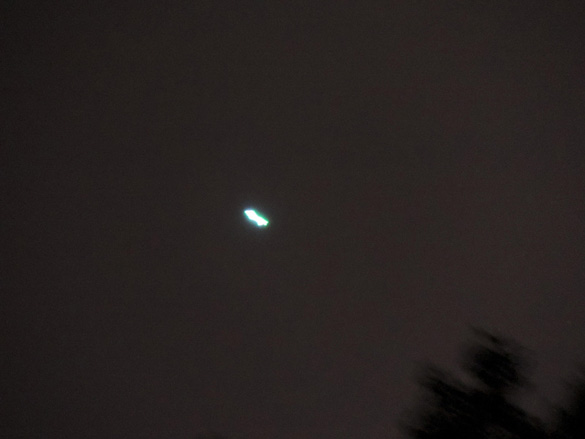 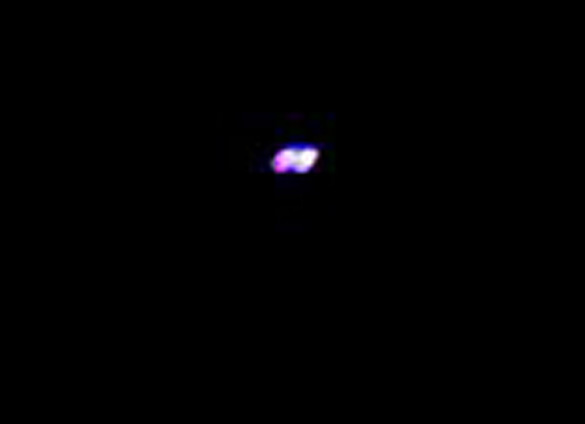 The witness has personally ruled out known objects and believes the object was unusual.

“The prominent colors were teal-blue, purple, white and red. When the object would change color it was as if the object’s color would mix with another color to create a new solid, very bright, pulsating color. An example would be like dropping food coloring into a small glass of water and seeing it mix.”

Caldwell is a borough located in northwestern Essex County, NJ, population 7,822. New Jersey has a current UFO Alert Rating of 4 with a higher than average number of recent reports nationally. New Jersey had 13 UFO reports in May 2014 – the 17th highest reporting state – while California had 102 reports as the highest reporting state. The above quotes were edited for clarity. Please report UFO activity to MUFON.com.

Note: The photos in this sighting were previously posted with a UFO sighting from Gainesville, TX by mistake. We apologize for any confusion.