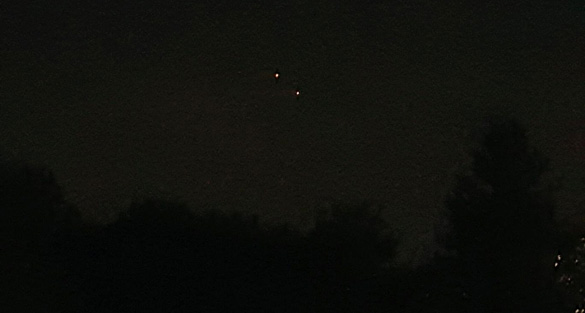 A New Jersey witness at Pompton Plains reported watching and photographing a black, triangle-shaped UFO with an orange light at each point, according to testimony in Case 67782 from the Mutual UFO Network (MUFON) witness reporting database.

The witness and a few friends were outside in a backyard watching fireworks when the object was first seen on July 4, 2015.

“We saw three orbs/lights in a triangular formation, which at first we thought was embers from fireworks or even those candle balloons that float up into the sky,” the witness stated. “However after a few minutes of them not moving, not flickering and staying in formation, it seemed unlikely and also that someone would only light off three was odd.” 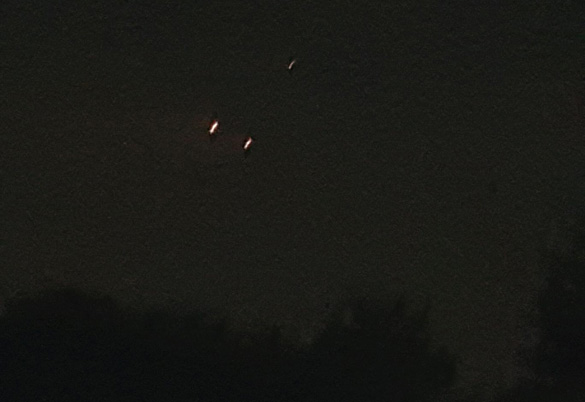 The witness observed that it had been a while since a neighbor had lit off fireworks, so they were ruling out embers.

“One odd thing I did note, pets/wildlife were very quite all of a sudden. Almost every one of my neighbors owns some sort of yappy little dog so there are always dogs barking, but they weren’t. By this time all of us that saw it were in awe of some kind, unable to look away from the spectacle. I was really excited, but after talking to my friends the next day, they seemed a bit more nervous than excited.” 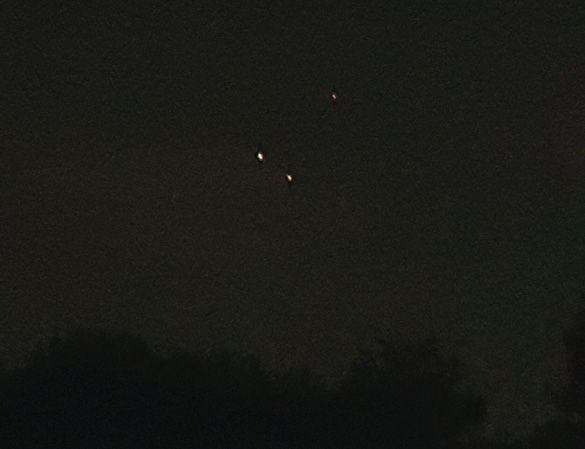 “Stars, planets and satellites were ruled out for how bright they were, and close they seemed. The ones of us without glasses were able to see a black triangle behind them also. It was very dark. The object appeared to be about half a mile up, near the height of a Cessna plane, maybe at an angle of 45 degrees about a street over. It looked to be about twice as long as your standard Cessna plane also. It was very hard to see any more detail than that.” 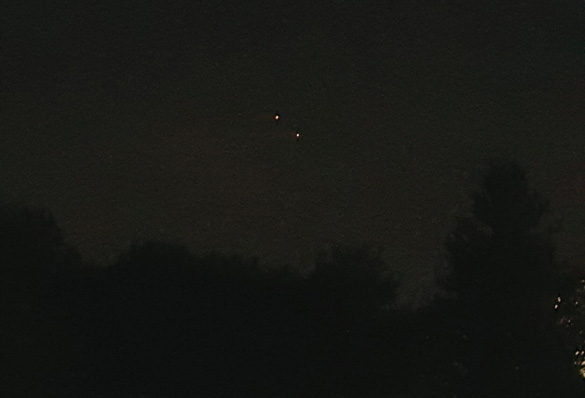 “It was not moving, just hovering there for a good bit almost in the exact center of all the parties lighting off fireworks, like it had come to investigate. It just sat there like that while we debated amongst one another what we were looking at, grabbed our phones and taking several pictures in which you can see the lights.”

The witness wondered if the object could have been military.

“Being that the ISIS warnings were up for the holiday and all that, we thought maybe it was a military plane checking on things, again as we are that close to NYC. Then as silently and quickly as it showed up over the area, it was gone. It almost looked as if someone had just shut lights off on the orbs more than they zoomed away. Basically just vanished. We stared at the skies for a little longer to see if we could gain sight of it, but it was nowhere. I still am rather excited and have been staring at the photos since then, talking to other ‘Star Gazers’ to see if anyone else saw it, knew what it may be, etc. before reaching out to MUFON.” 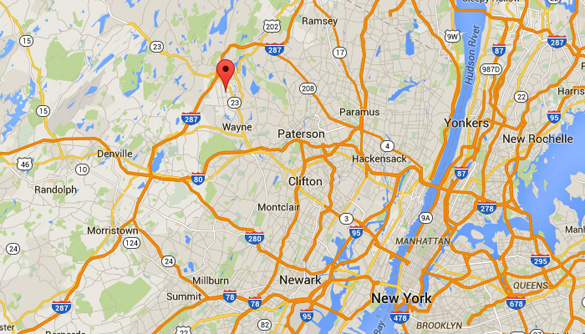 Pompton Plains is northwest of New York City.  Please remember that most UFO sightings can be explained as something natural or man-made. The above quotes were edited for clarity. Please report UFO activity to MUFON.com.