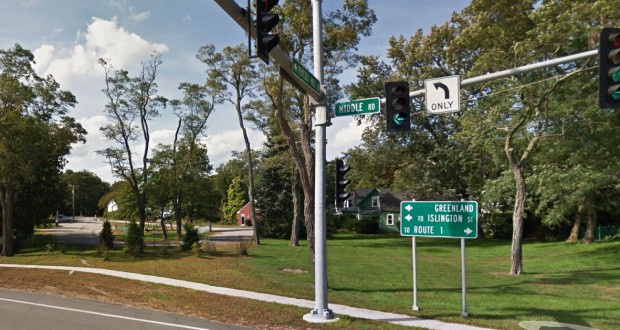 The incident occurred at the intersection of Peverly and Middle roads in Portsmouth, NH. (Credit: Google)

A New Hampshire witness stopped at a traffic light at Peverly and Middle roads in Portsmouth December 1, 2014, reported watching “a very large circle of white lights just to the northeast,” according to testimony in Case 61782 from the Mutual UFO Network (MUFON) witness reporting database.

“It was approximately at the 10 o’clock position,” the witness stated. “Light cloud cover approximately 15,000 feet above ground. Lights very visible through the clouds. Lights did not rotate, however, there was another light that rotated around the stationary lights counter clockwise that gave the appearance of movement, but the circle of lights did not move.”

“The circle of lights at times had a pinkish, light bluish hue, but were predominantly white. Maybe the pink-blue color was the result of the cloud cover.” 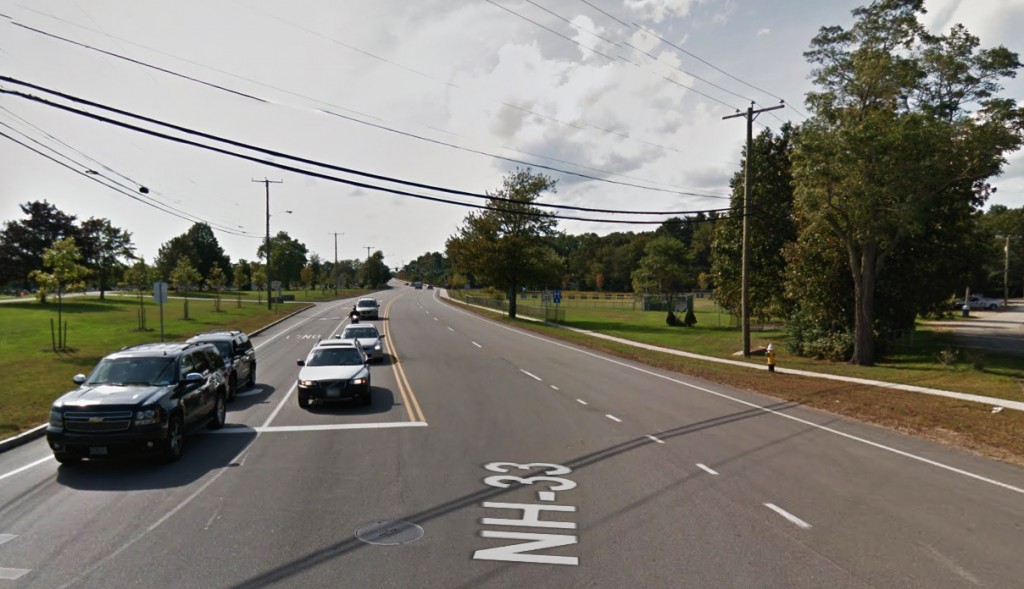 The witness could not make out the shape of the object. Pictured: Portsmouth, NH, near the intersection of Peverly and Middle roads. (Credit: Google)

The witness watched the lights for a full minute.

“It stayed in the same place with the bigger light just rotating around the circle of stationary light. I kept trying to see if there was a craft there, but could not make out any shape of a craft as this was just above the cloud cover. My first thought is that whoever it was must have thought they were hiding above the cloud, but the lights were clearly visible.”

The light changed to green and the witness moved forward.

The witness tried to come up with a reasonable explanation for the lights.

“The area is very, very close to Pease Jet Port where there are a variety of aircraft, helicopters, passenger planes, Air Force refuelers, etc. I thought perhaps the circle was associated with a helicopter, but it was far, far too large for a helicopter. Planes take off and land all the time there and I would estimate a normal size passenger plane would fit into the circle of lights. It was very large. I did notice that the jet port did not have their runway lights flashing – just normal runway lights. The area it was hovering over was I-95.”

The witness provided one illustration that shows the location of the object.

Witness illustration of the event site from December 1, 2014. (Credit: MUFON)

Portsmouth is a city in Rockingham County, New Hampshire, population 21,233. New Hampshire has a current UFO Alert Rating of 2 with a higher than average number of recent reports nationally. New Hampshire had 4 UFO reports that occurred during October 2014 – calculated at 3.03 sightings per million population.