While scientists typically focus the search for extraterrestrial life on areas that may contain water, a team of researchers suggests that desert worlds could be a good place to look as well. 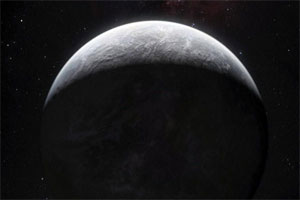 Astronomers announced the discovery of more than 50 planets yesterday, including one “Super-Earth” that may contain water and be in the “habitable zone.” According to the Washington Post, “Astronomers have not determined whether the new super-Earth is rocky like the Earth or gassy like Jupiter, let alone whether it has an atmosphere.” This new super-Earth, known as HD8 5512b, is 3.5 times the mass of Earth.

But while scientists typically focus the search for extraterrestrial life on areas that may contain water, (something the Kepler space telescope does,) a new study by a team of researchers lead by Yutaka Abe of the University of Tokyo suggests that desert worlds could be a good place to look as well. According to Discovery News, the researchers feel that desert worlds “could be remarkably resilient for the survival of life.” A key point to the researchers’ findings is that desert planets are more resistant to issues that can result in mass-extinction on water planets like a global ice age.

Surface of Mars, captured by the Spirit rover (credit: NASA/JPL/Cornell)

The computer models produced by the team of researchers indicate the habitable zone on desert planets is three times wider than it is for water planets. Discovery News explains, “This means the Kepler metric for habitable zones may be misleading if it applied to only water worlds. Because of the wider range of habitability, life-bearing desert worlds may be more common in our galaxy than Earth-like worlds.”
aliens ET exploration Extraterrestrial space 2011-09-13
Jason McClellan
Previous: Daily UFO Headlines 9/13/11
Next: SETI Institute, Lucasfilm’s ILM to participate in NASA’s Kepler discovery announcement