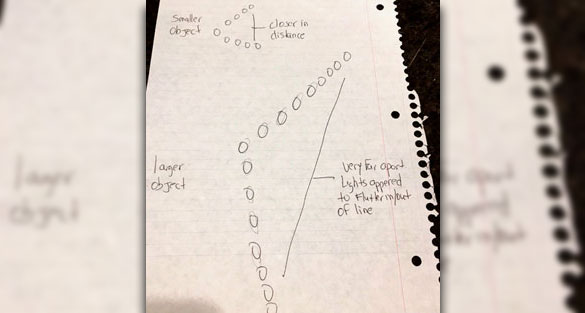 Two additional Colorado witnesses have come forward to report a silent UFO moving low overhead between 8:40 and 8:45 p.m. on October 7, 2016, according to testimony in Case 79732 from the Mutual UFO Network (MUFON) witness reporting database. 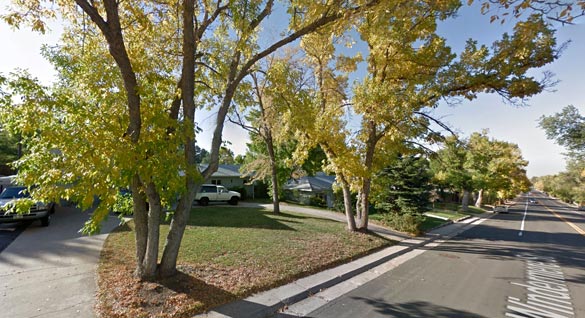 The object was seen at over 500 feet with no clouds at the time. Pictured: Littleton, CO. (Credit: Google)

MUFON previously reported on Case 79692 that occurred at 8:45 p.m. on October 7, 2016, where a silent, boomerang-shaped UFO was moving 200 feet above neighboring homes in Longmont, Colorado.

The husband and wife were sitting on a back deck talking, looking at stars and for satellites.

“Our backyard has a good sky, clear view of the sky with little to no light interference,” the witness stated.“I was looking at the sky and noticed an object that was out of place and should not have been there. Note: we are amateur sky watchers and look at the sky, stars etc. almost everynight.”

“Object was large and V-shaped with soft white lights that were out of line. Object appeared to move in unison, but fluttered, did not make a sound, had no contrail and made an immediate position change to get closer to us.” 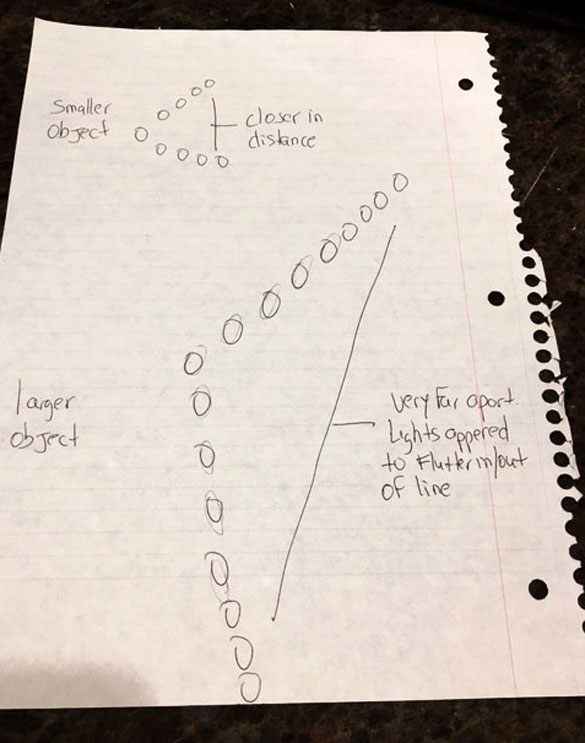 The two went into their home to call their son outside for a look.

The son also saw the object.

“Unfortunately, our son was unable to get a picture as the object disappeared. At this time, I left my son and wife in the front yard and I went back into the back yard and looked at the sky. I spotted another object similar to the larger one, but with four white lights per side and one in the center almost directly above the house moving from northtosouth. At that time, I knocked on the house to get the attention of my wife and son who were now back in the house.” 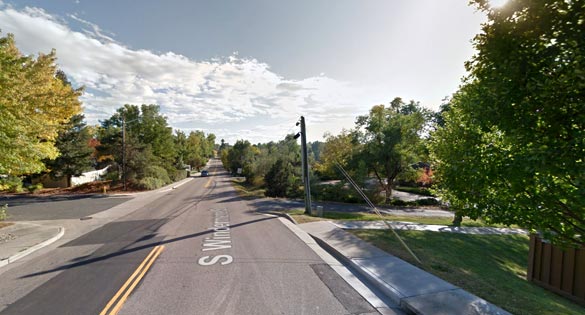 The witness illustration was not included with the MUFON report, which was filed on October 10, 2016. Longmont is in Boulder and Weld counties, CO, population 86,270. Colorado MUFON Field Investigator Mark Lane is investigating.

In today’s Case 79732, the witness included one illustration. The case was reported on October 9, 2016. The case is being investigated by Colorado MUFON Field Investigator Kevin Benham. The two cases may not be related, although the date, time, location and shape are similar. Please remember that most UFO sightings can be explained as something natural or man-made. The above quotes were edited for clarity. Please report UFO activity to MUFON.com.