Home / Articles / UFO News / NatGeo sending messages to extraterrestrials
The network plans to respond to the Wow! signal by beaming messages into space. 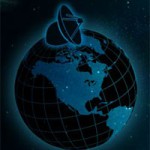 On Wednesday, June 13, the National Geographic channel (NatGeo) announced a project that will send crowdsourced messages to extraterrestrials who might be listening to Earth-based signals.

This “bold new social experiment” will take place on Friday, June 29 to coincide with the premiere of the new NatGeo series Chasing UFOs. Beginning at 8:00 p.m. ET, Twitter messages tagged with the #ChasingUFOs hashtag will be collected and beamed into space on Wednesday, August 15 from from the Arecibo radio telescope located at the Arecibo Observatory in Puerto Rico. This telescope has a diameter of one-thousand feet, and is the world’s largest ground-based telescope.

As Business Wire explains, the August 15 transmission date will be the thirty-fifth anniversary of the Wow! signal. The Wow! signal was a radio signal detected by Dr. Jerry Ehman on August 15, 1977 with Ohio State University’s Big Ear radio telescope. This signal, named after Ehman’s reaction, was “so strong that it catapulted the Big Ear’s recording device off the chart,” according to the Big Ear’s website.

NatGeo postulates that the Wow! signal could have been “a cosmic ‘tweet’ from our nearest neighbors.” The June 29 Twitter event will essentially serve as a reply to the Wow! signal. If you want to send a message to potential extraterrestrial eavesdroppers, you can participate live, or go to the Chasing UFOs website now and schedule your tweet in advance.