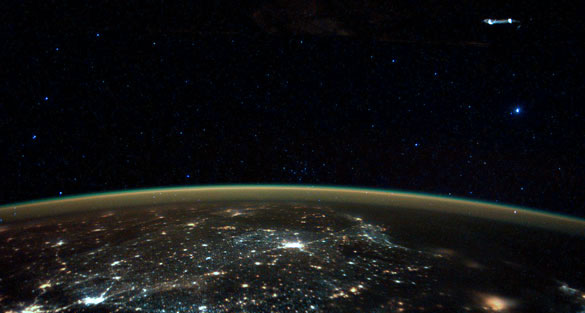 A photograph tweeted by astronaut Scott Kelly taken from the International Space Station (ISS) caused an online fervor as UFO websites claimed it captured a UFO stalking the ISS. 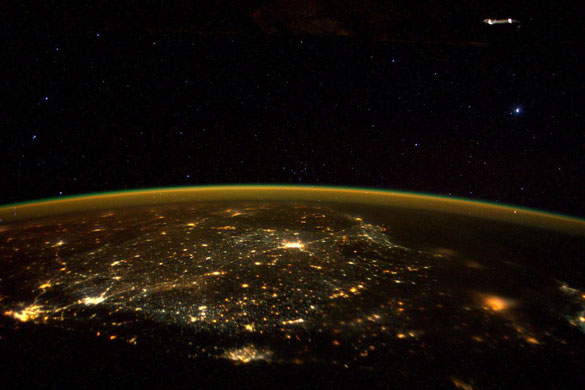 There are several websites in which UFO enthusiasts keep a close eye on images and videos posted by NASA. Unfortunately, some of these enthusiasts let their enthusiasm get the best of them and they proclaim objects to be alien spacecraft before a complete analysis can be done.

Even more unfortunate is that media outlets, in particular tabloids in the UK, pick up these stories, taking them for face value and perpetuate the claims. Often, as in the case with this image, it is quickly realized the image is much less mysterious than suspected.

At OpenMinds.tv we lightened the image using Photoshop and it quickly became apparent that part of the ISS was in the frame of the image and it appears the mysterious light was a reflection on the ISS itself. 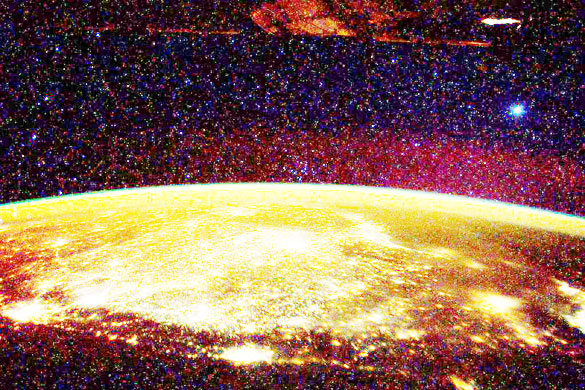 Marc D’Antonio, photo analyst for the Mutual UFO Network, explained on the Open Minds UFO News Facebook group page that the ISS was in the earth’s shadow at that time, so it was very dark. That is why the ISS could not be seen as brightly as it is on other images. In fact, viewing other images from Scott Kelly from the same perspective, the ISS can clearly be seen. 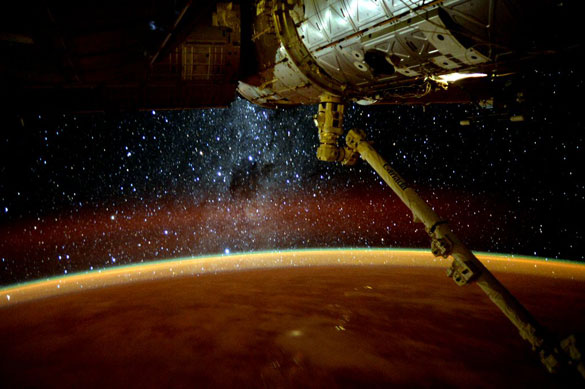 In a Forbes article on the image, titled “No, ISS Astronaut Scott Kelly Did Not Take A Picture Of A UFO,” they posted an image of the portion of the ISS where the reflection is seen. ISS engineer Sam Treadgold contacted Forbes pointing out that the Destiny Lab window shutter was the apparent cause of the reflection. In another image from the ISS, a similar reflection can be seen in the same exact spot. 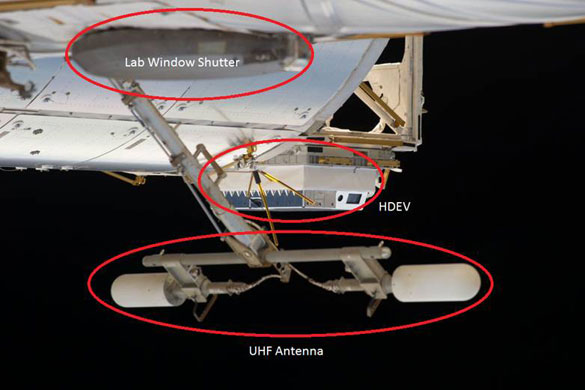 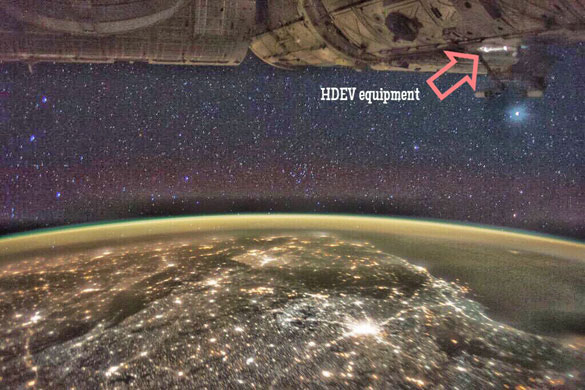 I recently attended a press event at NASA’s Johnson Space Center for the DVD and Blu-ray release of the movie The Martian. I was able to talk to one of NASA’s PR people and an astronaut about the photo.

The PR employee did not want to go on the record, but said they were aware of the story about the Scott Kelly image. Although, this PR person was aware inquiries were made, the people asking about the image were directed to the proper department.

The PR representative did not know why NASA had not responded to question about the image, but said that often they just have nothing to say.

It does not serve them to acknowledge the fact that some news outlets are sensationalizing that people mistook a reflection for a UFO.

I also asked astronaut Drew Feustel about the image. He said he does not have time to pay much attention to the media or entertainment. He was not even sure how well The Martian was received. He was too busy to pay attention. So, the first time he heard about the news stories on Kelly’s photo was from me. 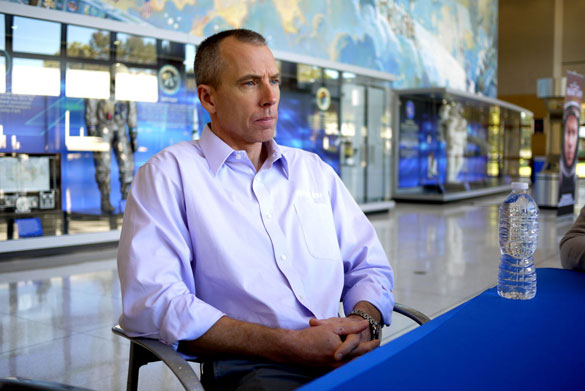 He says you can’t stop people from making up stories where there aren’t any.

“If you want to believe the moon landing is a hoax, ok, but it is much better to believe reality,” explained Feustel.