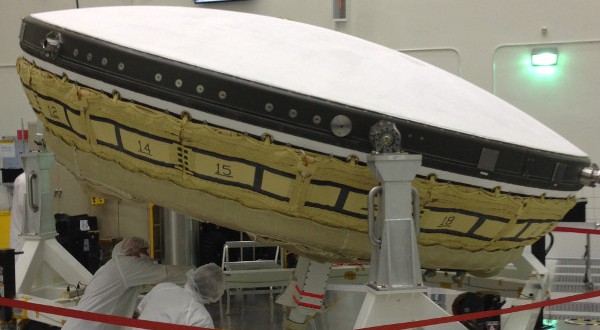 On April 9, NASA announced that a flying saucer will be seen in Hawaii during the summer of 2014. But this flying saucer belongs to NASA. 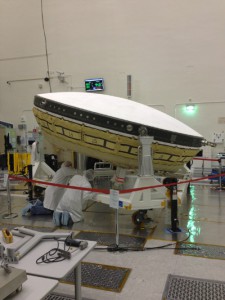 NASA’s Low-Density Supersonic Decelerator (LDSD) project is designing and testing new technology to land large payloads on the surface of planetary bodies with atmospheres, like Mars. A test-flight of the rocket-powered, saucer-shaped spacecraft is scheduled to launch into near-space in June from the U.S. Navy’s Pacific Missile Range Facility on Kauai, Hawaii.

NASA describes, “The LDSD is one of several crosscutting technologies NASA’s Space Technology Mission Directorate is developing to create the new knowledge and capabilities necessary to enable our future missions to an asteroid, Mars and beyond.” New Scientist explains that NASA’s inflatable technology is intended to help slow down space vehicles after entering the thin Martian atmosphere at supersonic speeds.

More information about the LDSD mission is at http://www.nasa.gov/mission_pages/tdm/ldsd/