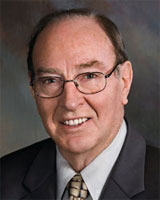 The U.S. government filed suit against Apollo astronaut Dr. Edgar Mitchell on Wednesday, June 29th in Miami federal court in an attempt to reclaim a 16mm “Data Acquisition Camera” that was used during the 1971 Apollo 14 lunar mission.

According to the Washington Post, the lawsuit “contends Mitchell recently tried to sell the camera at an auction.” The “Movie Camera from the Lunar Surface” was reportedly going to be auctioned off by the British auction house Bonhams as part of a “Space History Sale” in May, with a pre-sale estimate of $60,000 to $80,000. But Bonhams pulled the camera from the auction when they learned about the lawsuit.

As Discovery News explains, “The suit points out that ‘all equipment and property used during NASA operations remains the property of NASA unless explicitly released or transferred to another party,’ and that NASA had no knowledge of Mitchell being given the camera.

And while NASA asserts ownership of the camera in question, Mitchell’s attorney, Donald Jacobson, contends, “Objects from the lunar trips to the moon were ultimately mounted and then presented to the astronauts as a gift after they had helped NASA on a mission,” according to Space.com. Jacobson also stated that NASA approved the transferring of ownership of the camera to Mitchell 40 years ago.

If the camera belongs to NASA, why has it taken 40 years for the organization to attempt to reclaim its property? 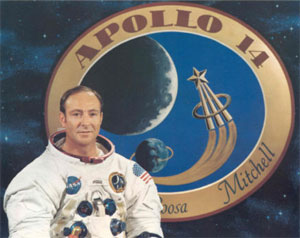 Ian O’Neil of Discovery News muses, “So, did the Apollo legend deliberately pilfer the camera after returning from the moon? Has NASA lost the paperwork that would confirm Jacobson’s story? Or were the rules of equipment acquisition a little hazy amidst all the excitement of manned lunar exploration in the early 1970’s?”

Conspiracy theorists have already begun speculating that the suit could have something to do with the government trying to silence Mitchell, who has been outspoken about his belief in extraterrestrials. Mitchell, the sixth man to walk on the moon, “[H]as claimed that aliens have visited Earth and made contact, and that many of the alleged UFO sightings have been actual alien spacecraft, including those reported in Roswell, N.M. in 1947,” according to Space.com.

Perhaps NASA is just 40 years behind in its record-keeping. After all, this new lawsuit regarding the moon camera came just one week after NASA seized a piece of Scotch tape from an auction house in Missouri that reportedly contains grains of moon dust.