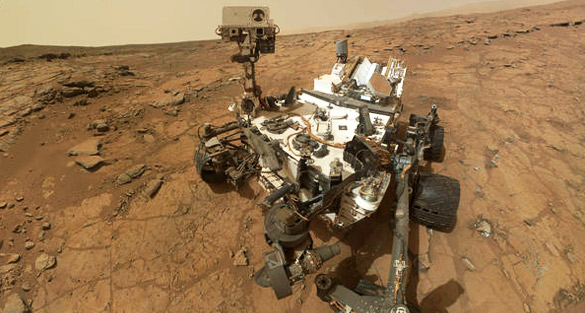 Analysis of materials retrieved by NASA’s Curiosity rover has led them to conclude that Mars “could have supported a habitable environment.” NASA tweeted, “Now that we know Mars was habitable, as we continue to explore we’ll learn more about where biosignatures could be preserved.” 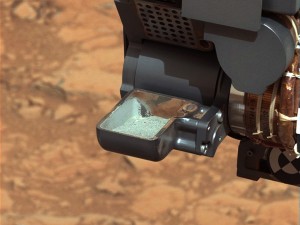 This image from NASA’s Curiosity rover shows the first sample of powdered rock extracted by the rover’s drill. (Credit: NASA/JPL-Caltech/MSSS)

The announcement comes after scientists found sulfur, nitrogen, oxygen, phosphorous and carbon in powder drilled out of rocks near an ancient river bed on Mars. These elements are believed to be key ingredients for life. According to NASA, this finding completes one of the rover’s primary missions.

“A fundamental question for this mission is whether Mars could have supported a habitable environment,” said Michael Meyer, lead scientist for NASA’s Mars Exploration Program at the agency’s headquarters in Washington. “From what we know now, the answer is yes.”

Paul Mahaffy, principal investigator of the SAM suite of instruments at NASA’s Goddard Space Flight Center in Greenbelt, Maryland, says, “The range of chemical ingredients we have identified in the sample is impressive, and it suggests pairings such as sulfates and sulfides that indicate a possible chemical energy source for micro-organisms.” 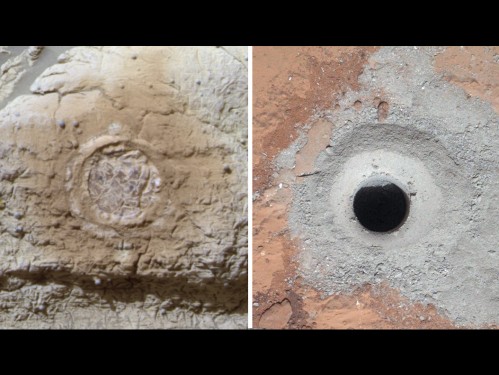 This set of images shows the results from the rock abrasion tool from NASA’s Mars Exploration Rover Opportunity (left) and the drill from NASA’s Curiosity rover (right). (credit: NASA/JPL-Caltech/Cornell/MSSS)

NASA clarified in a tweet, “The discovery by @MarsCuriosity of a chloromethane reported today is not proof of past life on Mars.” However, it does answer the question for NASA, officially, as to whether the environment on Mars has ever been conducive to the existence of life. NASA tweeted, “Gale Crater is the first recognized habitable environment found in the solar system beyond Earth.”

Now that one site has been found to have “conditions once suited for ancient life on Mars,” Curiosity will explore other sites that also show promise for having had environments that could have sustained microbial life.