A bright fireball was seen over Thailand on Monday morning. Witnesses from Bangkok and the surrounding area caught the object on video, creating a lot of excitement on social media. A nearby town thought the object was a plane crashing and dispatched a rescue team. 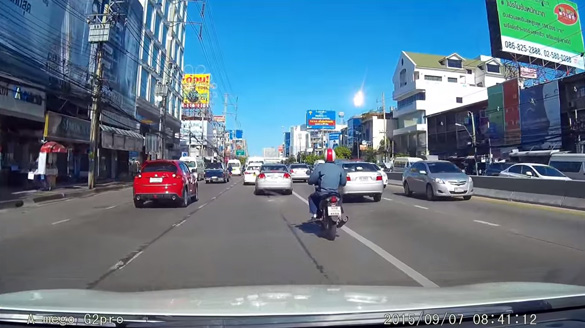 According to the Bangkok Post, the event took place at 8:40 am on Monday morning. YouTube user Porjai Jaturongkhakun posted a video he captured of the object from Bangkok. Several other people, mostly on mopeds, also captured the object on video. The Bangkok Post posted a compilation of the videos. 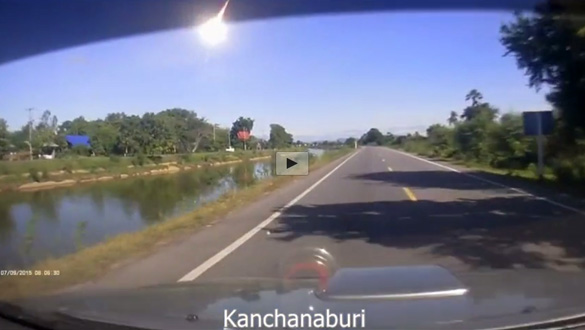 According to Thai news site Khaosod English, the fireball caused panic in Nakhon Ratchasima, northeast of Bangkok. The news site reported, “local authorities mistook it for a plane crash and dispatched more than 100 rescue workers and firefighters to search for the wreckage.”

The search was abandoned a couple hours later when it was determined the object was most likely a meteor, and there were no reports of plane or helicopter crashes in the area.

Authorities are still uncertain what the fireball was. An official at the Bangkok Planetarium was skeptical that it was a meteorite. He told the Bangkok Post there were no reports of meteors landing. He said if it had landed, it likely would have been noticed, although most meteorites completely burn up in the atmosphere. The official suggested that the object could have been a burning balloon. 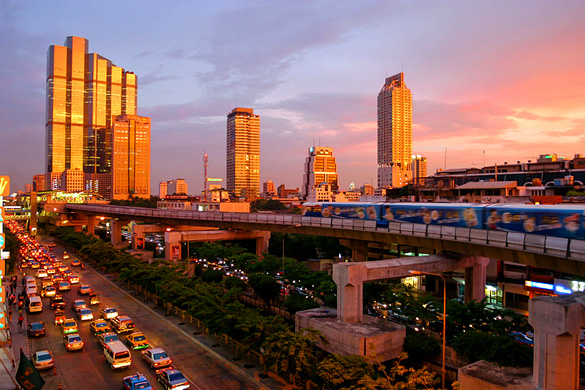 A spectacular sunset in Bangkok, showing the skytrain and modern skyline down Thanon Naradhiwas Rajanagarindra, taken from the corner of Thanon Silom, with the Empire Tower and the Chong Nonsi BTS Station at the left side. (Credit: Wikimedia Commons/Diliff)

The Bangkok Post said they checked the website satview.org, which suggested the object was space junk. They wrote: “Space junk Flock 1B-11 object number 40459U was due to burn through the atmosphere on its way to earth about that time, according to the website. http://www.satview.org/?sat_id=40459U”

Phil Plait, a former member of NASA’s Hubble Space Telescope Team, says it most likely was a meteor. He said, “It was almost certainly a good-sized rock burning up in our atmosphere.”

“It only took two seconds or so for it to go from being visible to it flaring as it disintegrated. It may have had a steep angle of entry.”