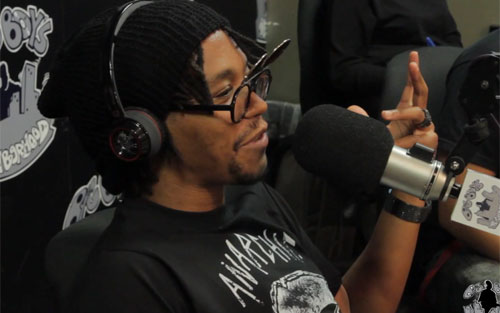 Musician Lupe Fiasco claims he was visited by extraterrestrials when he was eleven years old.

Fiasco disclosed details of the event during a recent interview on Los Angeles radio station Power 106. The rapper explained that his “extra-worldly experience” occurred in 1993 in Chicago, Illinois. He recalls waking up at approximately 7:00 am, shocked to find himself surrounded by a “blue electricity.” Unable to move, he called to his sleeping cousin, but his cousin did not respond. Fiasco then remembers looking out the window and seeing a black disc fly down from the sky, hover, then take off out of sight.

Fiasco believes a mysterious scar on his ankle is a result of the incident.

After Fiasco shared his story with the Power 106 morning show’s team, co-host Rikki Martinez shared a similar story. Watch the interview with Lupe Fiasco below: