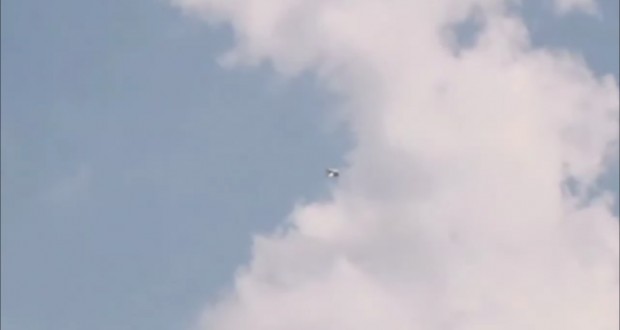 The witness was looking west toward the mountains near Port Macquarie, Australia, when the mushroom-shaped object was captured in the photo about 1:30 p.m. on July 29, 2012. (Credit: MUFON)

An Australian witness at Port Macquarie captured a dark gray, metallic-looking UFO while shooting photos looking west over nearby mountains, according to testimony in Case 58741 from the Mutual UFO Network (MUFON) witness reporting database.

“When I was checking my footage later in the day I saw what appeared to be a craft of moderate size zooming in and out of the clouds.” 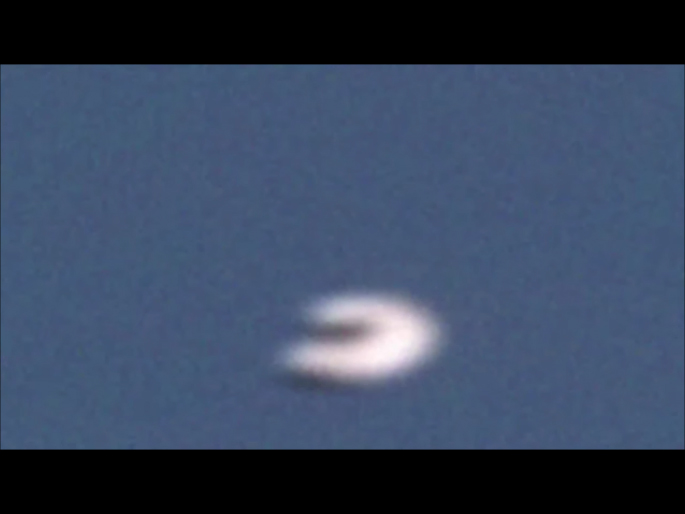 The object was described as a dark gray metallic with a highly reflective surface. (Credit: MUFON)

“It was a flat mushroom-shaped craft with a dark gray metallic look with highly reflective surfaces.”

The witness provided three images with the MUFON report: Image 1, Image 2, and Image 3.

Port Macquarie is a town in the local government area of Port Macquarie-Hastings located on the Mid North Coast of New South Wales, Australia, about 242 miles north of Sydney, population 41,491.