Home / Featured / Multiple UFOs show up in Georgia I-85 photos 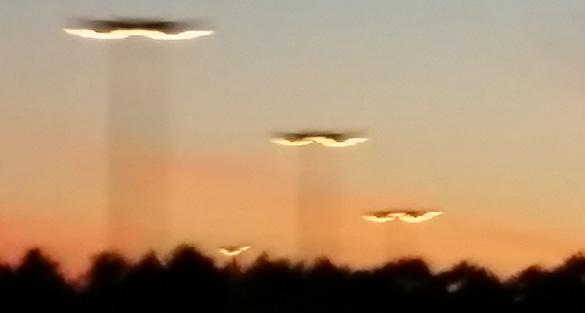 Multiple UFOs show up in Georgia I-85 photos

A couple driving westbound along I-85 near Lavonia, GA, discovered multiple anomalies on photos taken of cloud formations, according to testimony in Case 60508 from the Mutual UFO Network (MUFON) witness reporting database.

The two witnesses only saw the objects in the photo – and not in the sky. Pictured: Laconia, Georgia. (Credit: Google)

“My wife held the cell phone out the window and was snapping shots as we rode,” the reporting witness stated. “After about seven shots she stopped. Nothing was visible in sky as we rode.”

“On the last photo we saw the four objects which looked like exhaust coming out of the bottom. One or two previous shots showed faint blurred images which I assume were part of this four but not as close. Never saw the items. They only appeared in the photo.” 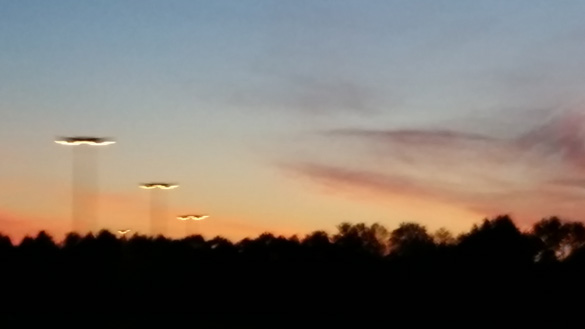 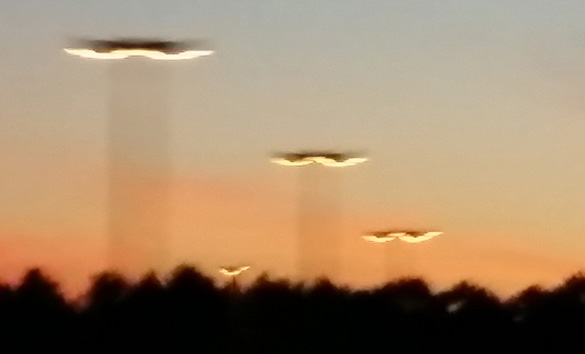 The witness included one image with the MUFON report, which was filed on October 10, 2014.

Georgia has a current UFO Alert Rating of 5 with a low number of recent reports nationally. Georgia had 7 UFO reports in September 2014 – the 23rd highest reporting state – calculated at .30 sightings per million population – while California had 93 reports as the highest reporting state. The above quotes were edited for clarity. Please report UFO activity to MUFON.com.