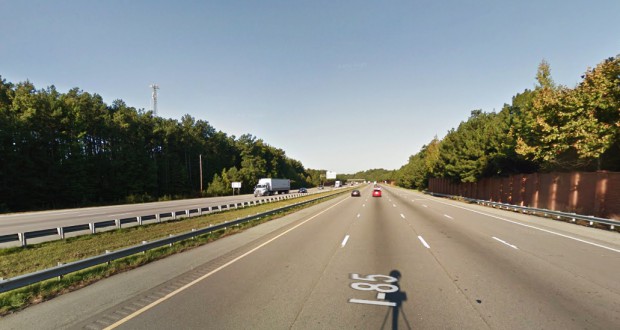 The witnesses watched one object disappear into the horizon, and then suddenly noticed another object nearby. Pictured: Northern Durham, NC, area. (Credit: Google)

Two North Carolina witnesses at Durham reported watching what appeared to be multiple triangle-shaped UFOs hovering and drifting in the area over a one hour and 25-minute period beginning about 9:20 p.m. on January 7, 2015, according to testimony in Case 62491 from the Mutual UFO Network (MUFON) witness reporting database.

The two were driving to a gas station in northern Durham when the first object was observed.

“My girlfriend and I witnessed an extremely bright hovering object, amber in color,” the reporting witness stated. “We decided to drive around to get a better view of it over the treetops and witnessed what looked like a triangular light pattern – one very large, very bright amber light in the nose and a smaller flashing light on each wingtip and center which stayed illuminated but strobed brighter in order from left to right.”

The object moved in the opposite direction of their car.

“Because it was so far away we could not make out any structure. The large light was unlike anything we had seen in the sky before in terms of its size and brightness.” 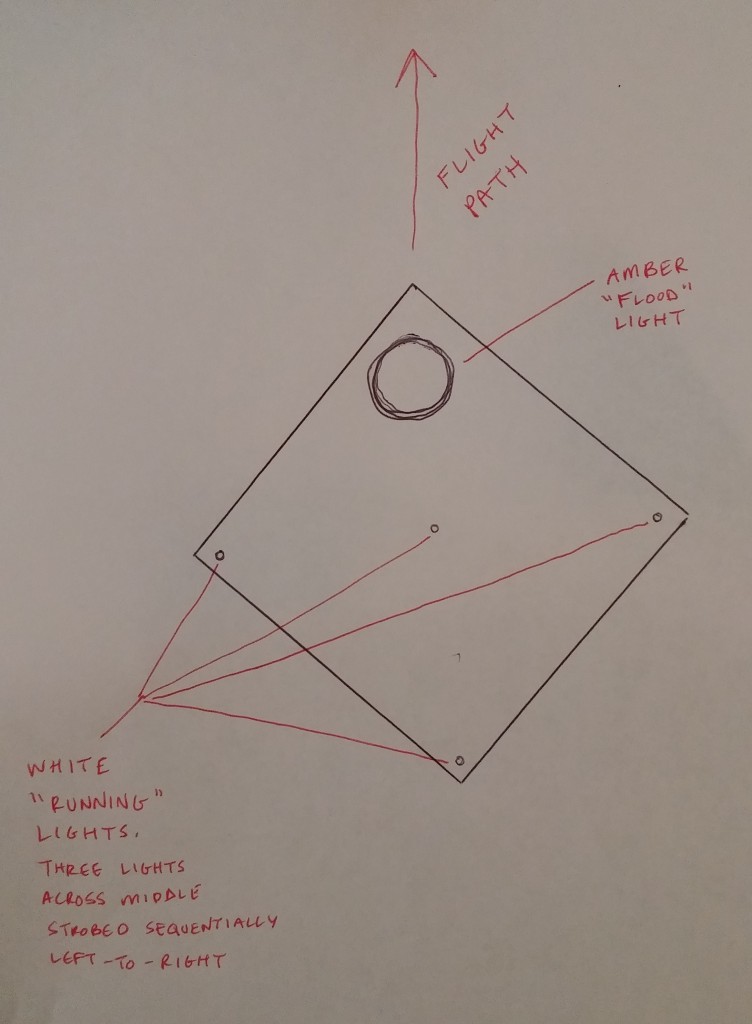 But once the object was out of view they continued to the gas station. On the way back to the house they encountered the object again, hovering close to its original position.

“It was much closer and we turned into a neighborhood to get a good look. The object was very close. I would compare it to watching a plane in take-off pass overhead in terms of its distance. As we pulled into the neighborhood it stopped hovering and began moving – drifting might be a more fitting verb – across the sky towards us.”

They parked their car and got out as the object passed directly overhead.

“As it did we both witnessed the solid black outline of an equilateral diamond – a small white running light in the center and at each tip with an oversized, amber-colored, seemingly directional (forward to forward-down) light at its nose and a significantly dimmer light on its tail. The three lights from wingtip to wingtip constantly strobed in a right-to-left direction as it moved away from us.”

The object was silent as it passed over and disappeared behind the tree line.

“We jumped back into our car to try and get a better angle to continue watching it, but as we circled the woods which it had passed over it was nowhere in sight – until we happened to catch the faint strobe of the object now a great distance away.”

They moved to another location to continue to watch the object.

“We drove to my girlfriend’s parent’s house and watched this object glide back and forth across the sky at a great distance – like a commercial plane at altitude – for over an hour. At one point her mother came outside to watch it pass at about 45-degrees above the horizon, close enough to make out the triangular front of the object.”

“We kept noticing that it seemed to pass in a straight line until we could not see it anymore and then begin its trajectory again from where it started – but we never saw it fly back. We assumed that we simply missed its return path. Finally we watched one disappear, not behind trees, but simply into the distance and made sure to watch for its return. It never flew back.” 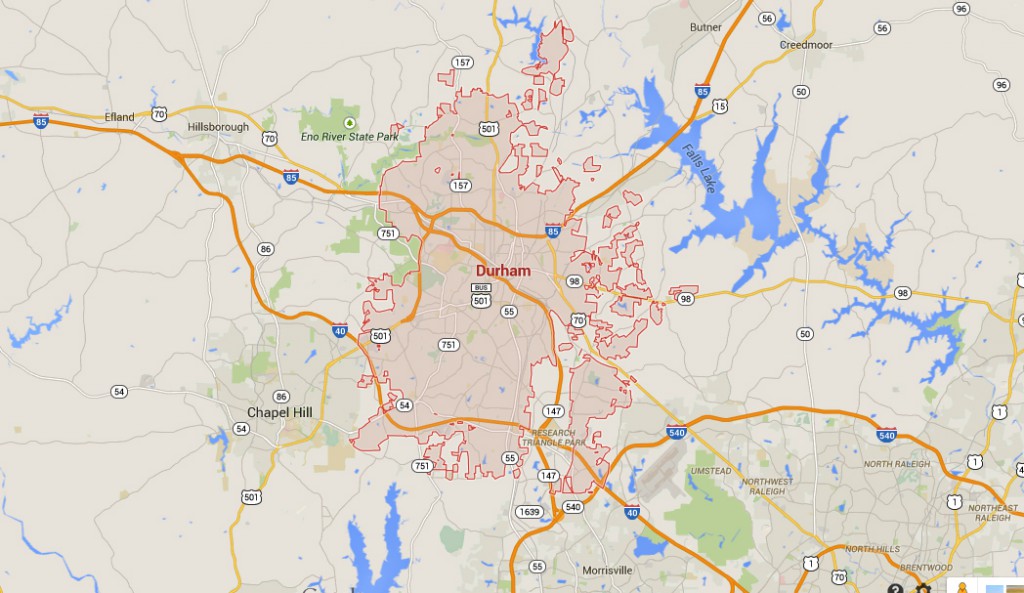 The witnesses described the object as having a solid black outline of an equilateral diamond – a small white running light in the center and at each tip with an oversized, amber-colored, seemingly directional (forward to forward-down) light at its nose and a significantly dimmer light on its tail. (Credit: Google)

But suddenly the object was once again close and over their left shoulders.

“We were in disbelief that it could have 1) flown back to this position with such speed and; 2) have done so without us noticing. We tracked the object as it passed about 60-degrees above the horizon when suddenly we noticed a second, identical object flying towards us from a great distance. We continued watching these two objects pass back across the sky.”

Durham is the county seat of Durham County, NC, population 245,475.