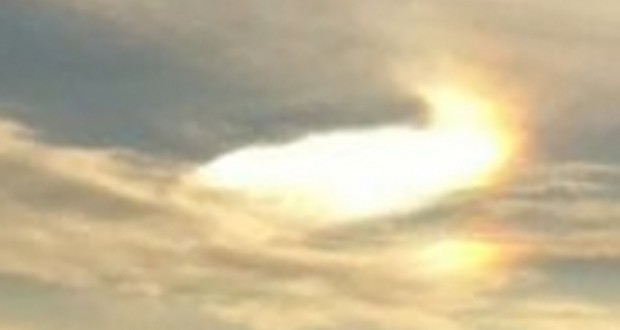 A man photographed what he asserts to be a UFO floating over Crystal Beach in southeast Texas on the evening of December 11, 2014.

The witness, Larry Nash, was reportedly working at a construction site in Crystal Beach when he noticed a bright object in the sky. His co-workers also reportedly observed the strange-looking UFO.

“It was round in shape to the naked eye. Like a giant bubble,” he explains to local media outlet the Beaumont Enterprise. 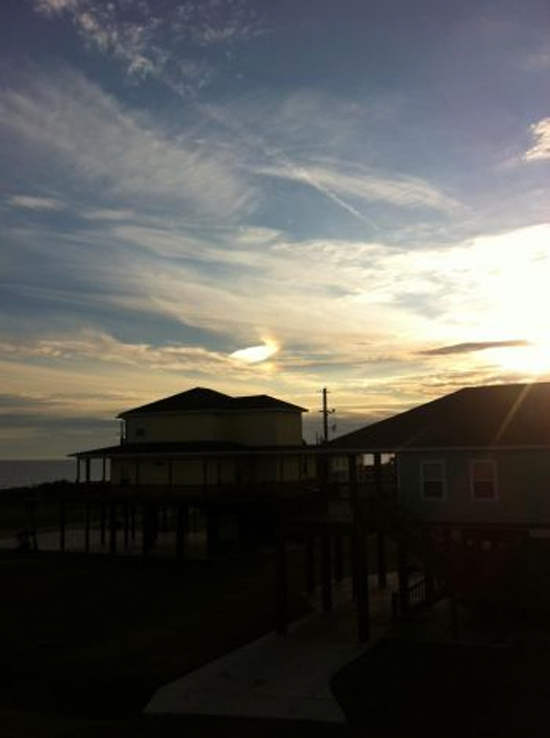 He also describes this “bubble” UFO as having a metallic appearance.

Nash photographed the object with his phone’s camera. He asserts that the color of the UFO changed back and forth between green and purple. But, as the Beaumont Enterprise reports, “Nash said his phone’s camera didn’t do the sighting justice, saying the images don’t accurately show the changing colors.”

The witnesses continued watching the UFO for approximately 45 minutes before they were instructed to resume their work.

Some have suggested that the object in Nash’s photos is an atmospheric phenomenon known as a sundog or parhelion, which appears in the sky when sunlight shines through ice crystals in the air. But Nash is unsure about what he an his co-workers observed. He has reportedly reached out to “alien enthusiasts” for help with identifying the unusual aerial object, but that approach hasn’t been successful.