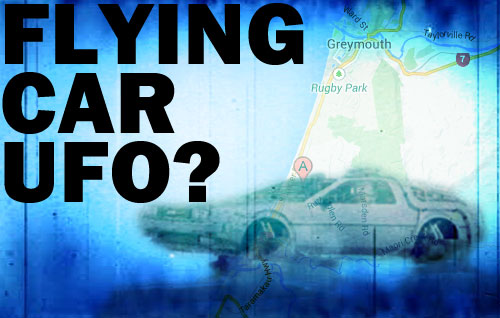 A mechanic from Rutherglen, New Zealand claims he saw a “car-shaped” object ascend from the street and shoot into the night sky.

On Tuesday, August 6 at approximately 8:45 p.m., Matthew Robert reports that he was driving on Rutherglen Road, south of Greymouth, when he encountered the UFO. He explains,

I was changing a CD as I was driving and when I looked up I saw what looked like a car without its lights on, stopped in the middle of the road outside Shantytown. I slammed on my brakes and my eyes were still trying to focus, when suddenly the thing just lit up and shot into the sky. 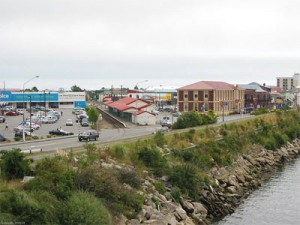 Robert claims that at least three other drivers stopped because of the UFO, but all witnesses were so startled by the event that they “left in such a hurry they left skid marks on the road.” According to the New Zealand Herald, Robert asserts that, immediately after seeing the flying car UFO, he lost cellphone reception and experienced blurred vision and watery eyes for an hour. Following the incident, Robert picked up his partner, Charlotte Rose, from work in Greymouth. The New Zealand Herald reports that Rose knew something had happened to Robert when she saw him that night. She describes, “I just looked at him and I could tell something bad had happened, he was freaked out and his eyes were watery.”

Robert knows other motorists witnessed the flying car UFO, and hopes they come forward to confirm his claims. Robert told the New Zealand Herald, “I know people are going to think that it’s crazy, but I know what I saw.”