Oscar-winning actor Morgan Freeman revealed in a recent interview that he doesn’t believe extraterrestrials who visit Earth will eat humans.

Freeman, who is currently the executive producer and host of the Science Channel’s popular series Through The Wormhole, was recently interviewed by HuffPost Science. When asked if extraterrestrial life exists, Freeman responded with the seemingly trendy, go-to answer: “If you look out into the universe, there are just billions of galaxies, and each galaxy contains billions and billions of stars. So it’s ludicrous to imagine that there aren’t other populated worlds.” But when asked if he thinks intelligent extraterrestrial life exists, he answered, “I think life itself is intelligent. All life has intelligence. Otherwise it doesn’t exist.” 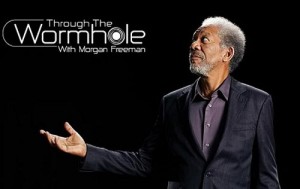 And when HuffPost Science asked Freeman if he worries about carnivorous extraterrestrials coming to Earth and eating humans, he replied, “Noooo. Suppose they are carnivorous. Does that mean they eat us?”

Freeman also revealed that he has never seen a UFO, and that he doesn’t believe extraterrestrials have visited Earth. He opined, “I cannot believe that we have been secretly visited by another life form that didn’t leave more of a record of its having been here. If they came, why leave? It had to be an enormous journey.”

Through the Wormhole is currently in its fourth season on the Science channel.