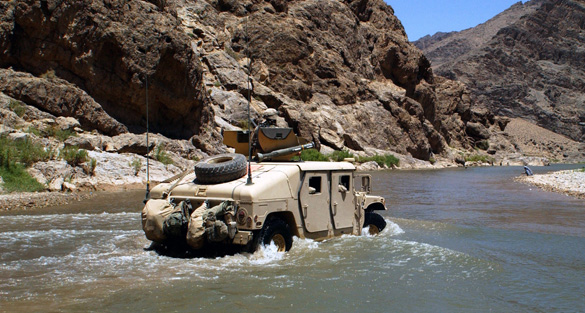 Montana and military involvement with UFOs

With the recent revelation by the Pentagon and their admission that there has been an ongoing program to investigate Unidentified Aerial Phenomenon; the fact that Montana has had several cases of interest within that context came to mind.

First and foremost is the Mariana UFO incident from August 1950 when Nicolas Mariana filmed 16 mm color movies of two UFOs that appeared as shiny, circular craft. It has withstood years of research conducted by a slew of investigators, including the National Investigations Committee on Aerial Phenomena (NICAP), the Air Force, and Dr. Robert M. L. Baker, as well as others, without being debunked, and is believed to be one of the strongest cases supporting the existence of unidentified flying objects and remains unexplained.

Another extraordinary case in Montana happened at Malmstrom Air Force base in March 1967 when two maintenance crews reported seeing UFOs in the early morning hours over the E-Flight (missile) silos. Later that morning, one of the Minuteman missiles had gone off alert; meaning it had become inoperable. This was at one of the two sites where the maintenance crews had been stationed during the night.

Thinking this to be due to the crews doing maintenance or perhaps even neglecting their duty, crew commander, Figal, looked into the incident. Just as inexplicably, the entire flight of ten ICBMS went inoperable also; with all the missiles being reported a “No-Go” at this point. After a check was conducted, it was found that each of the missiles had gone off alert status due to a guidance and control fault and not due to a power outage. It has been conjectured that perhaps the UFO had caused the missiles to become inoperable, as the cause was unknown. 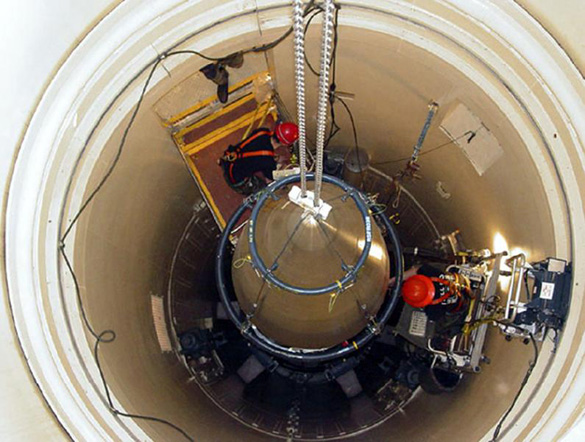 I discovered this next case, Mutual UFO Network (MUFON) Case #55741, after I became MUFON’s State Director of the Montana chapter through the Case Assistance Group. I was doing a bit of inventory and getting some background information on the types of cases that Montana had been dealing with. Even though I had been a Field Investigator for Michigan for over seven years, this was my first stint as a State Director, thus I wanted to be as prepared as I could. Montana, with its “big sky,” fewer city lights to block out the stars and breath-taking mountain ranges, is a sky-watcher’s dream and definitely different than what I was used to living in an urban area.

This incident, listed on the database as a CE-2, happened at around midnight on May 10, 2004 when an entire Army Special Forces unit saw an unknown spherical shaped object through night vision goggles while on security duty in Kabul, Afghanistan. Kabul, the largest city in Afghanistan, is the capital of Kabul Province and is located along the eastern sector of the country. It has a population of 3.3 million people and is the largest city in Afghanistan. Geographically it sits 5876 feet above sea level between the Hindu Kush Mountains along the Kabul River. The climate, which tends to be cooler than rest of the Southwest Asia due to the elevation, is semi-arid with most of the precipitation occurring in the winter months, usually as snow. 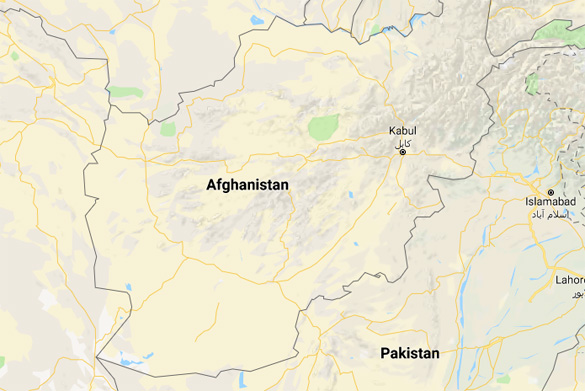 In his report, the Montana resident stated that while out on detail in Kabul, Afghanistan, he and an entire Army unit of fifteen men witnessed a UFO. The witness stated he was unsure of the exact date but felt it was around May 10th of that year. He stated that this craft was “huge” and was so close they could have thrown a rock at it and hit it. He said it seemed to come out of nowhere and floated over one of the mountains from the south which was east of the base they built. The object made no noise. The bizarre thing was that he could not see it with the naked eye, but it could be seen through his night vision goggles. He described the object has having the appearance of a light bulb but was a sphere and was about the size of the moon in comparison. He said it had a translucent appearance but was glowing, lighting up the surrounding area with its lights.  When they saw it, they stopped and looked in amazement and awe.

As they watched it, it was hovering about 50-100 feet in the air, moving slowly about five to ten mph. It was about 100 yards from the outside perimeter of the base camp and as they were watching the craft, their commander was at the base camp, about a quarter of a mile to the southwest of their position. The commander could also see the object. He got on the radio and announced to the unit to “get back to work, its nothing,” meaning the craft they were looking at.

The squad leader was in the passenger seat and his friend was driving. He stated they were “pulling roaming security” from one traffic control point to the other from the south of the base to the north of their base camp. After their commander told them to go back to work, they watched this craft for about ten more minutes before they had to turn around and head back north. The craft stopped about ¼-mile northeast of their position and appeared to stop over campfire that some locals had made.

The UFO then shot out a beam at their camp, but they couldn’t see the base of the fire from where they were, just the flickering of it on the back of the mountain. They could not see what was happening down on the ground with that beam of light. In the meantime, their squad leader stopped watching and wanted to go back to work, so the specialist turned the Humvee around and they started driving north to the north T.C.P. 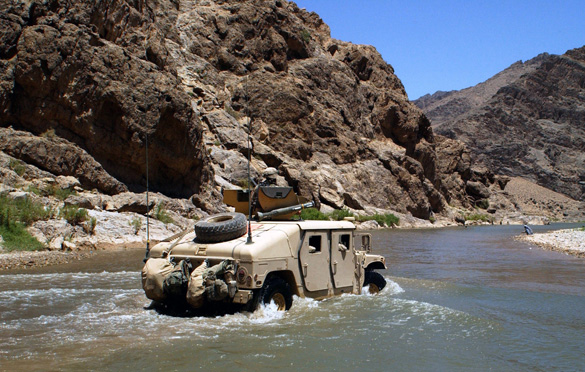 US Army (USA) Soldiers use a High-Mobility Multipurpose Wheeled Vehicle (HMMWV) to cross a river during a fact-finding mission, in the Organ Province of Afghanistan, during Operation ENDURING FREEDOM. (Credit: US Department of Defense)

The witness stated he wanted to keep watching the object, but they lost sight of it when they left because a hill blocked their view; which was the same hill that blocked the beam they had seen. After a minute of driving north he observed that the object had taken off from over the local’s campsite.  He stated it took off at a rapid speed, making in a 90-degree angle straight up until they could no longer see it. To him it appeared that the lights on the craft seemed to have a delayed reaction because the craft took off so fast, what he said was an alarming rate. It made dashes of light across the sky as it did, then it was gone. His report to MUFON was the first time that he had told anyone about this incident besides his family.

William Puckett, was the lead investigator for this case and did an excellent job investigating this reported sighting. He concluded at that time that this was an Unknown and closed the case on April 10, 2014. I looked over the information that was listed on the report and listened to the audio clip interview given by the witness. I felt him to be credible, giving good details in a coherent, factual manner. I didn’t detect anything in his manner of speaking that would indicate intentional deception.

Given the increased interest in cases involving military personnel with the revelation that the Pentagon has had a program to investigate UFOs, maybe this next case needs to be looked into further. One thing that stood out when listening to his interview was that he mentioned being in the Paktika Province of Afghanistan, not Kabul and that the mission was secret. Another question I had was that if the object could only be seen through infrared glasses, were they all wearing them? He states that all fifteen of them saw the object. Also notable is the fact that his commander, who was at the base camp, was seeing the object too a quarter of a mile away, so it’s possible that there were many more witnesses to this object.

As it is stands now, it is just one of the thousands of cases reported by military personnel who have either witnessed or interacted with a UFO. While doing research of the MUFON CMS database, 157 such cases were found where the military was somehow involved; either by witnesses stating UFOs were chased by military craft, usually F-16s, or former military personnel were reporting their own experiences to MUFON. Thus, like those 157 cases that I personally found amongst the files, this case remains unknown. Nevertheless, this case stands out as significant if only for the fact that these men were Special Forces Security Unit, and by virtue of their training, were excellent and reliable observers; even if they hadn’t been on duty and on high alert. While it is only the opinion of this Field Investigator, and no supporting evidence has been found, like videos or photos, it might be worthwhile to make further attempt at contacting the four others listed in the report in an effort to get a clearer picture of this sighting. While these three cases may be exceptionable, they may not be the last.

Marie has a Bachelor degree in medical sciences, working for many years as a medical word specialist and document transcriber. Although trained in the I.T. and data world, Marie has always had a keen interest in the sciences and especially a great interest in ancient artifacts, astroarchealogy, the unknown and paranormal, UFO’s as well as various other esoteric subjects. Marie operates and manages a start-up independent research company, Cygnus Research, which focuses on ancient artifacts, as well as other topics of interest. Marie is has been a UFO investigator with the Mutual UFO Network (MUFON), is currently the state director for the Montana chapter for MUFON, and is a contributor for the monthly MUFON Journal.