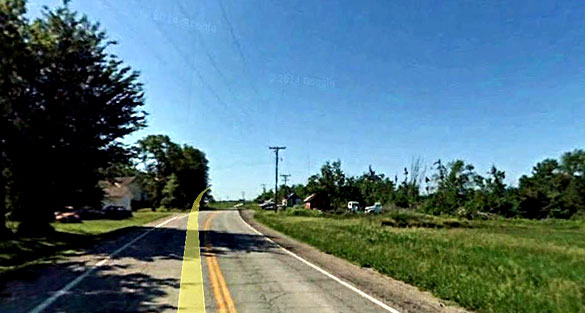 A Missouri witness at Wilcox recalled a UFO incident from 1967 when a group of lights was observed at tree top level, according to testimony in Case 64989 from the Mutual UFO Network (MUFON) witness reporting database.

The witness was traveling south along Missouri Highway 71 from Clearmont during November 1967 when a small group of white lights were seen parallel and south of the vehicle at the tree level. 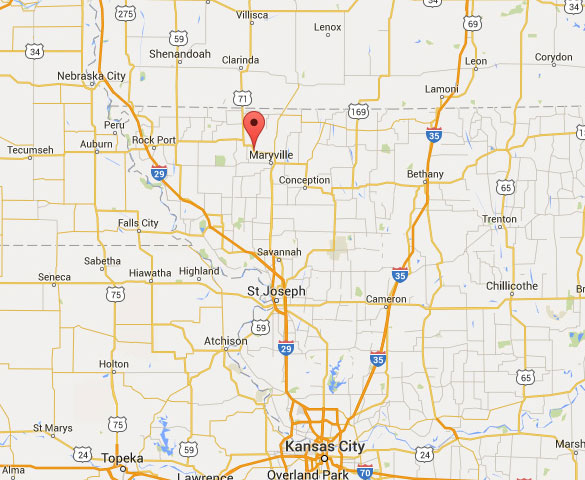 “The sky was dark with no moon light and the lights were arrayed in a semi-circle to my left, with a pulsating light between the four white, klieg-type of white lights,” the witness stated. “The pulsating light slowly changed colors, but never turned white.”

“The klieg-style lights were evenly spaced and in a semi-circle pattern to the left of the pulsating/colored light. The pulsating light was at an equal distance to the klieg lights, with no other lights or craft detail to the right of this light.”

The witness pulled over just north of Wilcox and watched the lights for two to three minutes standing outside the vehicle. 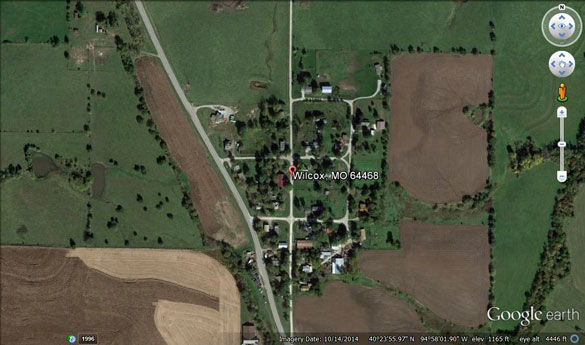 The witness was able to hear sound during part of the sighting.

“I was close enough to hear a low, audible hum start to build and then the light array moved to the northwest at a very high rate of speed. There was no other noise other than the audible hum and then quiet.”

The witness was able to talk to the occupants of the other car.

“I have spoken with the couple in the car and they confirmed that the inside of their car was totally illuminated by the lights that they passed beneath.”

The witness and two passengers then got back into their vehicle and continued on to Maryville, MO, where they discovered additional witnesses to the event. 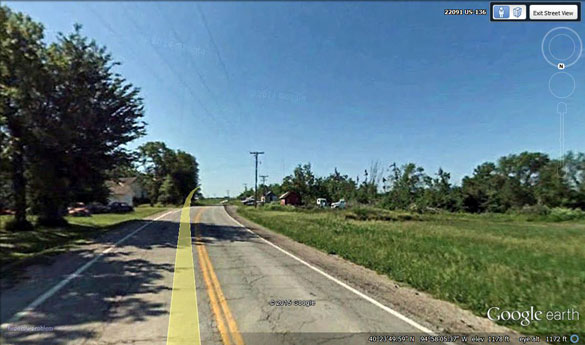 “I was in college at Northwest Missouri State at the time, and had two different male students tell me of their observations of different odd lights in the sky that night. One of the other witnesses told me that he had seen the lights while out on the west side of the college at Maryville and the other witness told me that he had seen an orangish, glowing orb hovering just above the ground on the south side of Elmo, Missouri. Elmo is in the direct path of the light array as it moved away from Wilcox. I never told either of these two witnesses of what I had seen that night until they had informed me of their observations from the same night.”