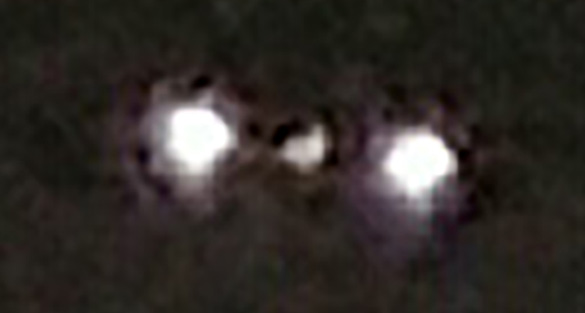 A Missouri witness at Richmond Heights reported watching and photographing a triangle UFO with bright lights at 11 p.m. on May 3, 2016, according to testimony in Case 76223 from the Mutual UFO Network (MUFON) witness reporting database. 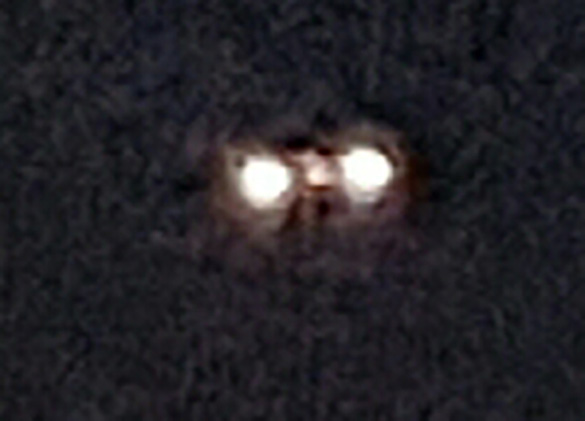 The witness and her family had just left the St. Louis Cardinal game and were westbound along Highway 40 when the incident occurred.

“I was the first to see it,” the witness stated.“Off in the distance approximately four or five miles away in the west – southwest from our current position – I could see an extremely bright row of lights – four round, very large set of lights side-by-side.” 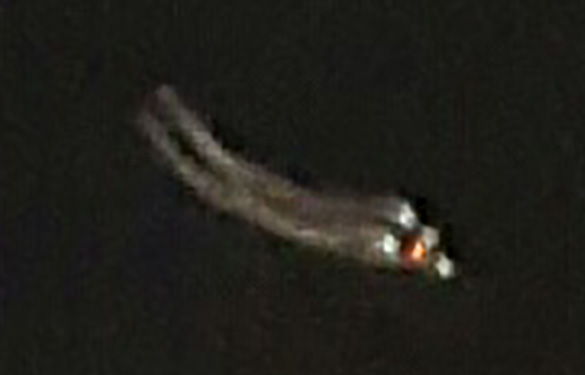 The witness thought they were stadium lights.

“I pointed it out to my husband and son. My husband said, ‘It’s just lights on top of a building or crane, no big deal.’ As we got closer to it we realized there were no buildings or cranes around. All highway and some trees.” 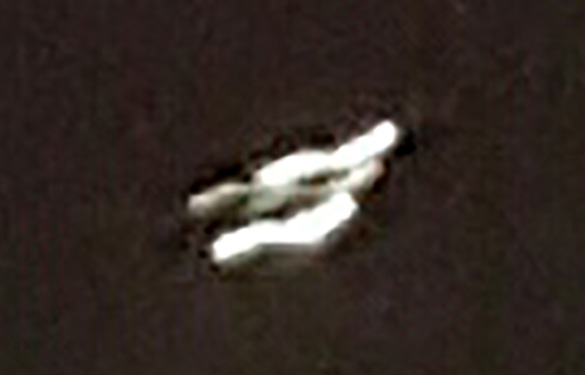 The witness described the light and its location.

“The lights were straight forward like headlights. It seemed like it was in the same spot from when I first spotted it. We got onto the off ramp from Highway 40 and were going to head south on Highway 270. As soon as we got onto Highway 270 my husband pulled to the shoulder so I could try and get some better pictures of this ‘floating light tower.’” 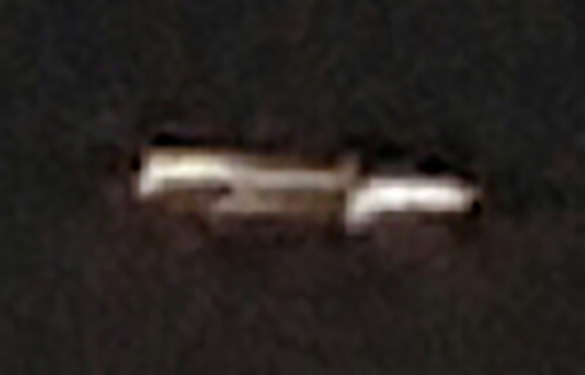 The witness first thought the object was hovering.

“It seemed like it was less than a quarter of a mile to the right of us at that point. Since we were stopped and now looking up at this thing we realized it was moving really super slow instead of hanging out in midair like we originally thought. We could now see its triangular shape and the lights were not as I described above, but rather, two in front toward the outer tip of the wings and two toward the top center. And what looked like rope lighting around the outer perimeter.”

The witness continued to watch the object and its odd lighting.

“The lights definitely seemed to dim down as it was passing over us. My husband said there were a set of colored blinking lights on the underside, but I honestly didn’t notice them. It was bigger than our truck – an extended cab Silverado – and made absolutely no sound – the whole time. That was the most amazing part – how something so big flying through the air could be so quiet?” 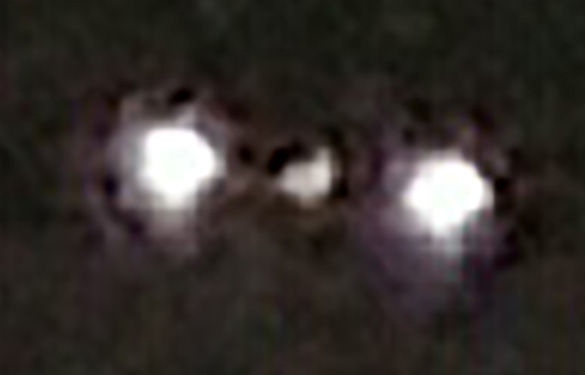 The witness did not feel threatened during the sighting.

“And there wasn’t a moment during this amazing experience where we felt scared or threatened in any way. It stayed a safe distance above us, about as low as a helicopter would fly when doing a traffic report. As it was passing over us it picked up a tremendous amount of speed. Almost like it noticed us watching it. I know, let’s not get crazy. Then it took off straight toward St. Louis – east – and then shot upward at an angle toward the southeast. Within seconds it was out of sight.” 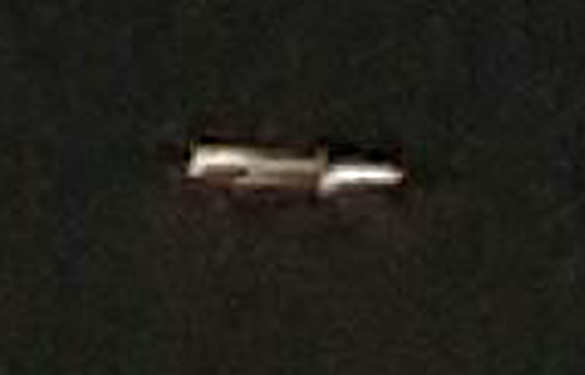 The witness feels that there should be additional witnesses.

“Even though it was about 11p.m. on a Tuesday, there was a Blues game and Cardinal game that just let out – so the highways were far from empty. Surely we are not the only three people in STL to see this thing. I sent a Tweet to Fox2now (local news) like I always do when I have something ‘odd’ or weather related to share. And I still have not heard a response from them.”

Missouri MUFON Chief Investigator Joe Palermo is investigating. Richmond Heights a city in St. Louis County, population 8,603. Please remember that most UFO sightings can be explained as something natural or man-made. The above quotes were edited for clarity. Please report UFO activity to MUFON.com.