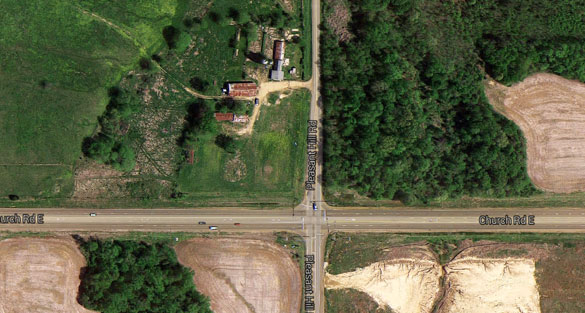 A Mississippi witness at Olive Branch reported watching a hovering, boomerang-shaped UFO that was less than 700 yards away that simply vanished, according to testimony in Case 66142 from the Mutual UFO Network (MUFON) witness reporting database.

“It looked like a boomerang,” the witness stated. “It wasn’t moving, just hovering. It had five lights, one on the front, and two on each side making a V.” 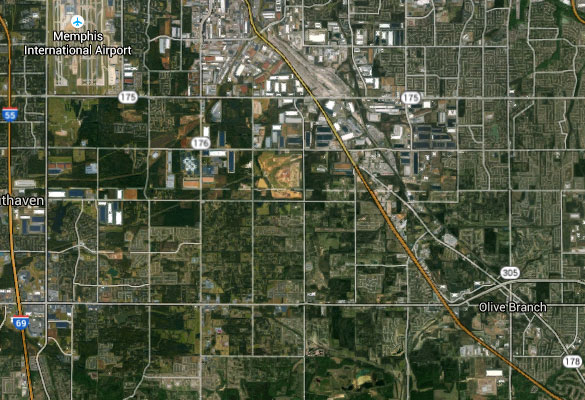 After watching the object for a few seconds, the object shut off its lights and vanished.

“Trying to figure out if it was a plane, I went around to a clear spot and only saw planes miles away. I live in the flight path of Memphis Airport, and know a plane when I see one. This was not one. This object was a close as 600 to 700 yards. It didn’t resemble anything I’ve ever seen in the sky at night. Usually planes have a red or blue light on the bottom, but these lights were just white, and didn’t flicker or flash. I listened and didn’t hear any engine sounds either. Just a very eerie silence I haven’t experience before.”

The witness said the object was less than 700 feet away and just 300 feet in the air when its lights went out and it disappeared. Pictured: The Pleasant Hill and Church Road intersection. (Credit: Google Maps)

Olive Branch is a city in DeSoto County, Mississippi, population 33,484. Please remember that most UFO sighting can be explained as something natural or man-made. The above quotes were edited for clarity. Please report UFO activity to MUFON.com.