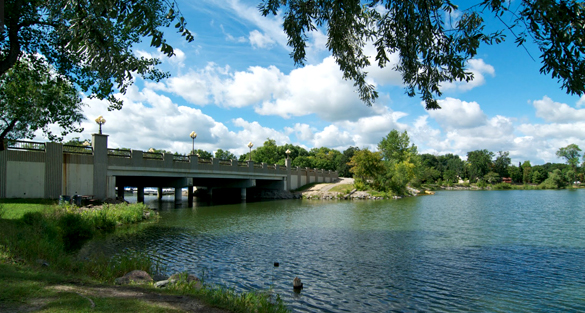 Minnesota witnesses at Prior Lake reported watching a red-orange glowing ball about six feet in diameter hovering over a marsh area that rose up, emitted two smaller spheres and moved away, according to testimony in Case 73536 from the Mutual UFO Network (MUFON) witness reporting database. 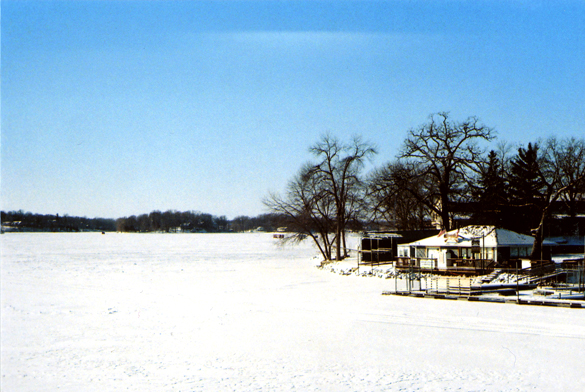 One of the witnesses first noticed the sphere hovering over a nearby marsh area and pointed it out to the second witness about 7:30 p.m. on October 28, 2015. Pictured: Prior Lake, MN. (Credit: Wikimedia Commons)

At approximately 7:30 p.m.on October 28, 2015, the two witnesses were sitting in the sun room of a house in Prior Lake watching TV when a bright circular object above the tall grass in a swampy area about 400 feet away attracted the second witnesses’ attention.

“She called it to my attention,” the reporting witness stated.“This object, about five or six feet in diameter, was rising up and moving to the left at an angle. As it rose it emitted two similar, but smaller objects, each perhaps a foot and-a-half in diameter, which moved to each side of the first object, and the three flew off together in formation in a northeast direction until they were out of sight. The objects were all a red-orange color and not quite as bright as the full harvest moon.” 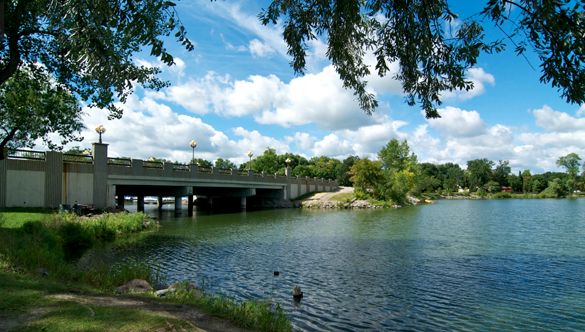 The object began to rise up, but paused to emit two smaller objects. Pictured: Prior Lake, MN. (Credit: Wikimedia Commons)

“Note that the UFO was roughly in the middle of the marsh when first seen, both east to west and north to south, and was over standing water full of thick cattails and virtually inaccessible to a human, so it is unlikely that the UFO was a device launched by human beings,” McNeff and DeHarpporte stated in their report.“Possible exceptions are a drone or a Chinese lantern. Neither of these is capable of ‘emitting’ two smaller, lighted spheres. The time these objects lasted and the apparent intelligent control rules out swamp gas!

“The objects were partially obscured by the trunks of trees which grow on the west slope to the swamp, but Witness A. did not notice these trees during the sighting. It seems that the mind can ignore such minor obscuration when something interesting happens. The tree trunks were mostly bare of branches, which helped with the view. As the object moved to the left, the wall between the two pairs of windows blocked Witness B’s view of the object, and it was apparently out of her sight when it emitted the two smaller objects. She did not regain sight of the object after it went out of her field of view. Witness B estimated the diameter of the object as 6 feet. 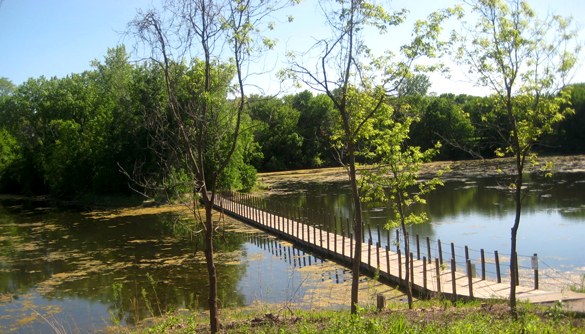 The objects were red-orange in color. Pictured: Prior Lake, MN. (Credit: Wikimedia Commons)

“A check of the Prior Lake American website revealed an article titled “Close Encounters of the Eerie Kind” datelined Friday, Oct. 30, 2015, “in the spirit of Halloween” which included a ghost story, an article about a “dirt geyser” on a farm near Jordan, MN, and a story about a UFO report in Prior Lake that was caused by the Mystic Lake Casino lights. But that UFO report was for Aug. 29, 2015, and was already documented by MUFON and shortly thereafter explained by the reporting witness, saving us some work. MUFON has several UFO cases that turned out to be the Mystic Lake lights. Witness A and Witness B had the impression that this report had been at the same time as theirs, an easy mistake to make.These objects they reported could not be identified, and so must be considered ‘Unidentified Flying Objects.’  Since they were apparently under intelligent control, they should also be termed ‘Unidentified Aerial Vehicles.’  Many similar reports of glowing reddish or orange spheres are in MUFON’s files, and have been called ‘Red Balls of Light’ (RBOL) or ‘Orange Balls of Light’ (OBOL) or ‘Orbs,’ although the latter term is not as descriptive and has been used to describe other spherical UFOs.”

Prior Lake is a city 20 miles southwest of downtown Minneapolis next to Savage and Shakopee in Scott County, MN, population 22,796. No images or videos were included with the MUFON report, which was filed on January 1, 2016. Please remember that most UFO sightings can be explained as something natural or man-made. The above quotes were edited for clarity. Please report UFO activity to MUFON.com.