A Michigan witness at Hazel Park is certain the orange colored, oval-shaped object with uneven edges moving low to the ground was a UFO, according to testimony in Case 65842 from the Mutual UFO Network (MUFON) witness reporting database.

The witness saw the object above I-75 for more than one minute’s time beginning about 10:32 p.m. on May 25, 2015, before local tree cover obscured it from view. 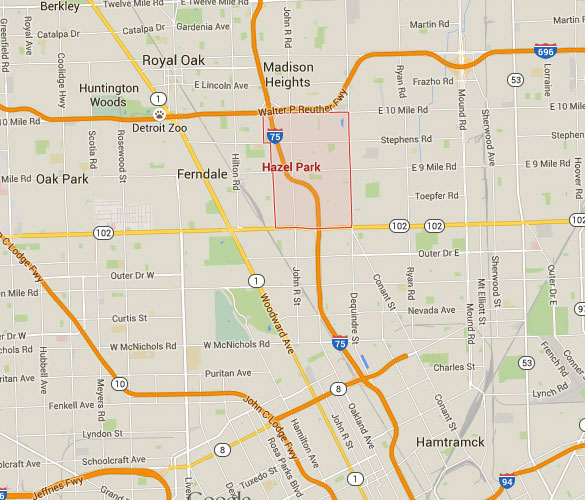 The Hazel Park, MI, witness first thought the object might be a Chinese lantern, but was able to quickly rule that out based on its size and movement. The object was seen over I-75. (Credit: Google Maps)

“During that one minute time it moved from a position over I-75 from almost precisely west to east. My first thought was that it was a Chinese lantern because of the orange color, but I quickly changed my mind for three reasons: 1) It was far too large to the naked eye to be a Chinese lantern. 2) It was moving far too fast (east to west) to simply be carried by the wind. Also its movement was constant and steady. 3) It did not have smooth, round edges.” 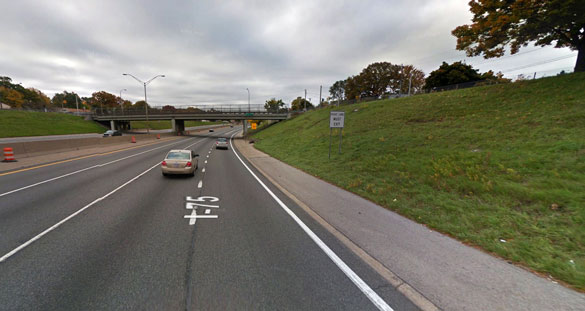 The witness said the object was somewhat oblong horizontally, but along the visible edges there were ‘pieces’ that appeared to be sticking out from the body. Pictured: A portion of I-75 in Hazel Park, MI. (Credit: Google Maps)

“Not only was it somewhat oblong horizontally, but along the visible edges there were ‘pieces’ that appeared to be sticking out from the body of the object. I looked carefully to see if this was an effect of shimmering light, or the like. I am convinced this is not the case. This was an abnormal object.”

The witness did catch part of the sighting with his cell phone video (seen above).

“I was able to capture the object on my cell phone, about one minute of video. Unfortunately, the camera on my phone is poor quality, and I am not a very good impromptu filmmaker. I did not utilize the zoom feature on my camera; therefore the orange object (which you can see) appears very small, when in reality to the naked eye it was not small at all. It was actually quite large looking, and appeared to be somewhat near to the ground. I estimate 300 feet, but it is hard to say.”

The witness video can be seen here. 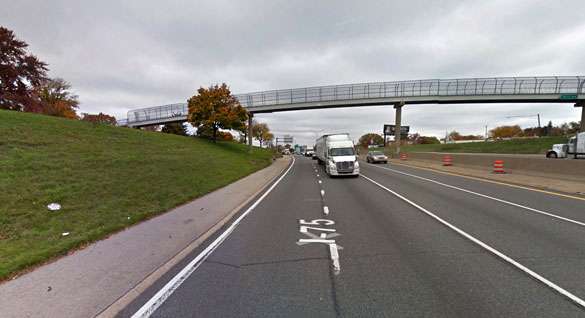 The witness was able to capture a portion of the sighting on video, although the quality is rather poor. Pictured: A portion of I-75 in Hazel Park, MI. (Credit: Google Maps)

Hazel Park is a city in Oakland County, MI, population 16,422. Please remember that most UFO sighting can be explained as something natural or man-made. The above quotes were edited for clarity. Please report UFO activity to MUFON.com.