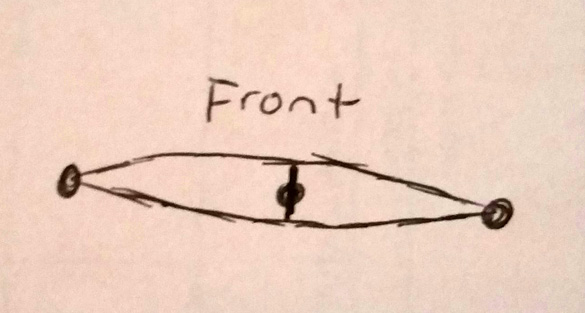 A Michigan witness at Ludington reported watching a low flying, triangle-shaped UFO, according to testimony in Case 76674 from the Mutual UFO Network (MUFON) witness reporting database.

The witness was out on a bike ride on his Harley Davidson beginning at about 9:30 p.m. ending up in the town of Ludington at 10:55 p.m. at a bridge over the Sable River where he parked for a cigarette. 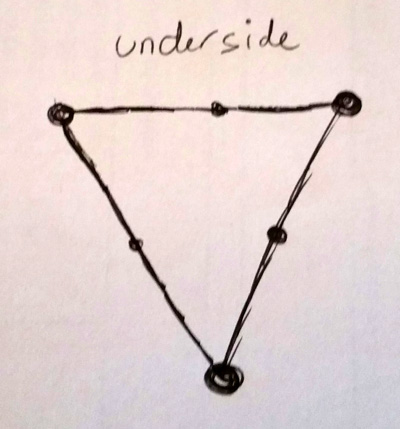 “I took a puff off my smoke and looked up to see it,” the witness stated.“It was large and broad, moving east down the lakeshore over the water. It was dull and darkand triangular in shape. The underside didn’t seem to be lit, but it had some reddish and bluish lights at its point and midway down the side. It seemed to be a half-mile out or so.”

The witness watched the object moving over the water and then it seemed to stop. 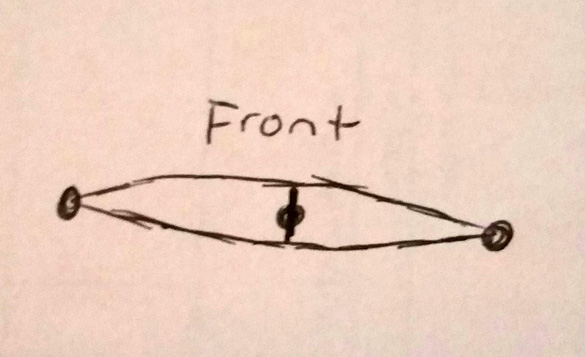 “The only other lights able to be seen in the direction of the object were the coastal lights that are Butterville and the Ludington light house beam. No other vehicles were around. I quickly shifted into gear and took off. I was twisting the throttle hard trying to bridge the distance between us fast. I was in top gear going about 80 to 90 mph as wind drifts the sand over the road and it can be hazardous. I wanted to go faster, but didn’t dare.” 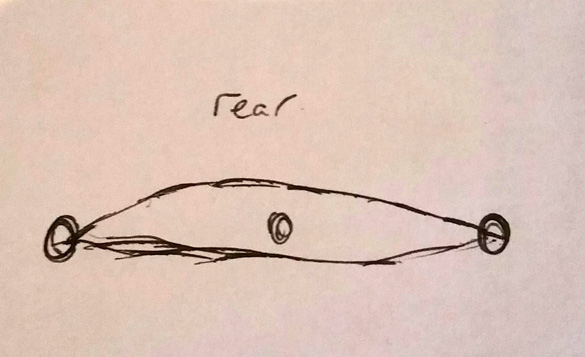 “It’s like it just hung there, waiting. It then shot north over the road and hung there. I panicked, slowing to a stop. It looked to be a half-mile to a mile up above the ground. It hovered there for at least three minutes and then shot straight up over to the south and then disappeared. I recall the lights seemed to rotate while it waited.”

The witness included three illustrations with the MUFON report, which was filed on May 29, 2016. Michigan Chief Investigator Daniel Snow is investigating. Please remember that most UFO sightings can be explained as something natural or man-made. The above quotes were edited for clarity. Please report UFO activity to MUFON.com.