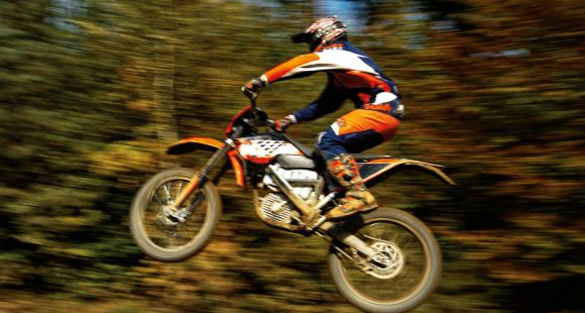 A Michigan witness at Newberry recalled a late night incident when a silent, disc-shaped object hovering over a nearby potato field chased him through rural territory, according to testimony in Case 56940 from the Mutual UFO Network (MUFON) witness reporting database.

The witness was riding his dirt bike home from work during the summer of 1984 across trails and back roads just about 11:30 p.m. when he noticed “multicolored lights just above the tree line” hovering nearby. 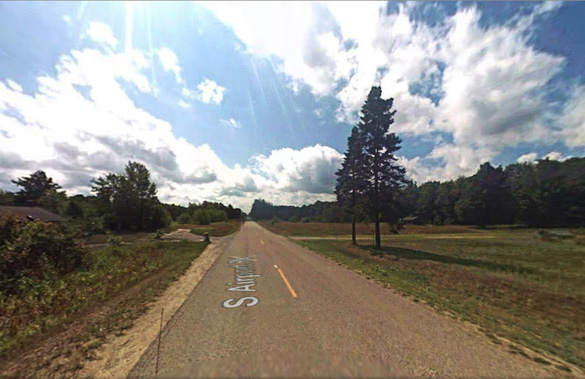 The Michigan witness near Newberry stopped his dirt bike along South Airport Road, pictured, to look at a silent object hovering over a nearby potato field. (Credit: Google)

“I pulled onto South Airport Road shortly after midnight heading south, started going through the gears and noticed to my left something with multicolored lights just above the tree line hovering there,” the witness stated.

The witness was only about one-quarter mile along Old Airport Road when he stopped to watch the object floating over the potato field. But while he watched, the object abruptly moved toward him and began hovering directly overhead.

“It was round in shape, bright, multicolored lights on the perimeter, dark on the bottom and the lights inside of the object were like dash lights shining but much brighter. The windows appeared to go around the object but not totally sure about that. The size was about 50-75 feet across, but this is a guess. I was looking inside to see if I could see anything inside, but could not. All this happened within about 3-5 minutes time.” 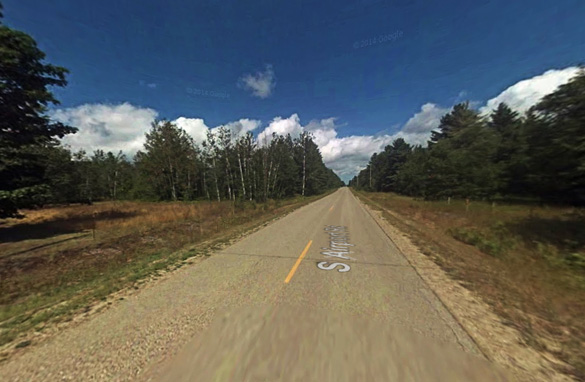 The witness was driving along South Airport Road, pictured, when the disc-shaped object began to follow him. (Credit: Google)

As the witness watched, it occurred to him that the object was unlike anything he had ever seen and he became frightened. He quickly drove away.

“I looked back and there it was just above the trees chasing me. I looked back a second time and it was right there, shifted into 6th, looked back and it was gone. I got home and pulled into the driveway looking but not seeing anything above me, parked my bike went inside and never told anyone about what happened.”

The witness was afraid of ridicule if he recounted his story to friends and family.

“I thought if I told of what I had seen or experienced they would think it was a joke or I was crazy. It was about 20 years or so later that I had finally told my wife about what happened that night. I still to this day do not know what it was but I remember as if it was yesterday. I will more than likely never forget that night. It was cool and scary at the same time.” 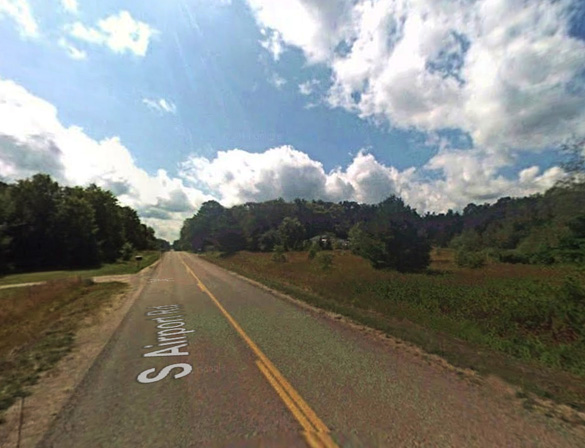 The witness first saw the disc-shaped object while driving his dirt bike home from work along South Airport Road, pictured, when he panicked and began heading home. The object followed. (Credit: Google)

Newberry is a village in Luce County, MI, population 1,519. Michigan MUFON is investigating. Michigan has a current UFO Alert Rating of 4 with a higher than average number of recent reports nationally. Michigan had 24 UFO reports in May 2014 – the 8th highest reporting state – while California had 102 reports as the highest reporting state. The above quotes were edited for clarity. Please report UFO activity to MUFON.com.