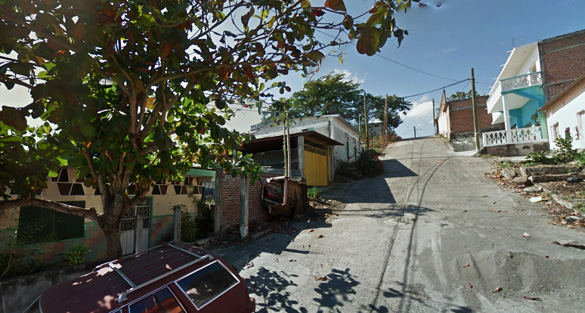 Mexican bicyclist claims UFO tried to run him over

A Mexican bicyclist claims a UFO tried to run him over and abduct him, according to Inexplicata, the Journal of Hispanic Ufology.

The UFO incident, according to the Journal, took place along a stretch of highway known as the Salmoral – Paso de Ovejas. They identified the man as Francisco Acosta Tostado, 68, who had been riding a bicycle and was found along the side of the road in a prone position, telling authorities that he had been run over by a UFO and that the object was attempting to abduct him. 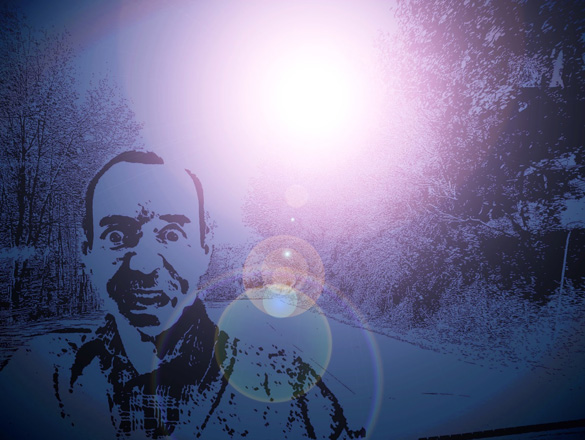 Illustration of man being chased by a UFO. (Credit: Inexplicata, the Journal of Hispanic Ufology)

A motorist driving along the same highway happened to spot the man and called for assistance.

Policarpio Carvajal, an engineer, first called the Red Cross Emergency Services at Cardel, but short on emergency vehicles, they passed the call along to the Municipal Firefighters and Civil Defense of neighboring La Antigua. 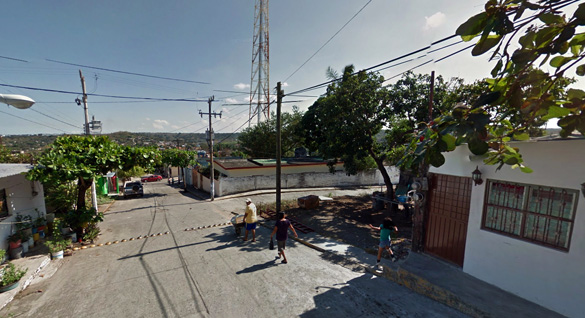 A motorist found the man lying along the side of the road with a head injury. Pictured: Paso de Ovejas. (Credit: Google Maps)

First aid treatment was provided at the scene, including help with a “deep injury to the back of his head.” The man was then transported to the regional hospital at Cardel. State Police at Cardel are investigating.

Paso de Ovejas (Spanish: Sheep’s Crossway) is a city in the Mexican state of Veracruz. It serves as the municipal seat for the surrounding municipality of the same name. 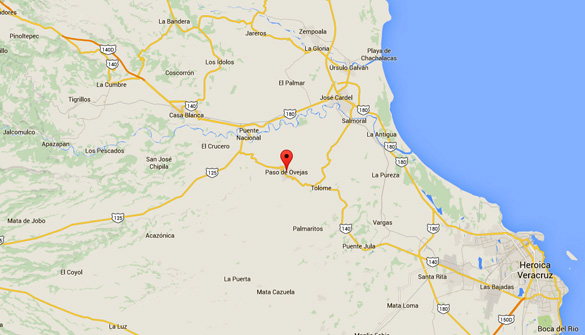 Some UFO sightings and alleged chupacabra attacks were reported from this area in early 2002, according to Wikipedia. “The government made little notice and claimed the attacks were made by coyotes, where locals said the wounded cattle could not have been hurt in such a fashion by normal coyotes. The attacks ceased after a few days, however, and the ranches there returned to normal operation.”