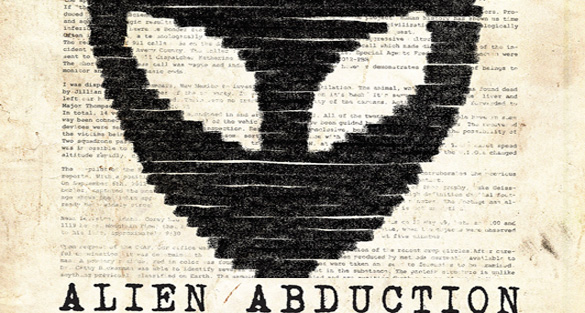 Open Minds UFO Radio: Matty Beckerman produced and directed the new movie Alien Abduction, which also includes the Brown Mountain lights mystery. In fact, he got the idea for the movie from stories of strange lights and disappearances in the Brown Mountains of North Carolina. Beckerman says when he first started looking into the mystery to prepare for the filming of the movie he was skeptical. However, now he has seen the lights himself and is convinced that not only are the Brown Mountain lights truly an anomalous phenomena, but alien abductions are really too! We talk to Beckerman about the making of Alien Abduction, and the experiences and research that changed his mind about extraterrestrial visitation and UFOs.

For more information about Beckerman and the movie, visit: www.alienabductionfilm.com.

“A vacationing family encounters an alien threat in this pulse-pounding thriller based on the very real Brown Mountain Lights.

Locals have heard stories of lights in the sky over Brown Mountain for over 800 years, dating back to the Cherokee and Catawba Indians. Sighting of the lights are usually accompanied by disappearances, and many have suspected they are UFOs.

While on a camping trip in the remote region, youngest son Riley, sees mysterious lights in the night sky, which he is able to record on his hand held video camera. Due to his autism, Riley uses a camera to narrow in his view of the world which otherwise can overwhelm him, and therefore documents his family’s vacation. The film is the recovered footage from the boy’s camera.

After seeing these lights, the trip takes an ill fated turn.

Directed by Matty Beckerman and produced by Lawrence Bender (Inglourious Basterds, Pulp Fiction) and Mike Fleiss (Hostel, Texas Chainsaw Massacre, The Bachelor), along with Beckerman himself and his wife Cathy under their production shingle, BIG PICTURE. It was written by Robert Lewis based on a story by Beckerman, and Executive Produced by Exclusive Media’s Guy East and Alex Brunner (The Woman In Black, Rush, The Quiet Ones).
“