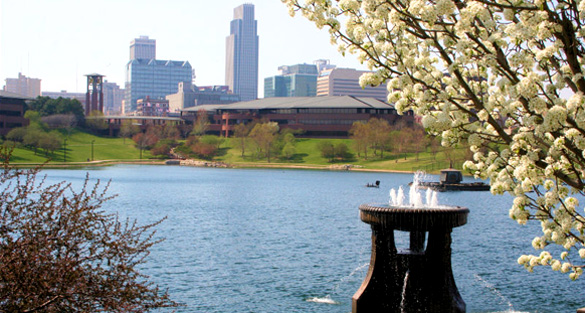 A Nebraska witness at Omaha reported watching what first appeared as a white cloud that moved in close revealing a large, boomerang-shaped UFO, according to testimony from Case 71558 from the Mutual UFO Network (MUFON) witness reporting database. 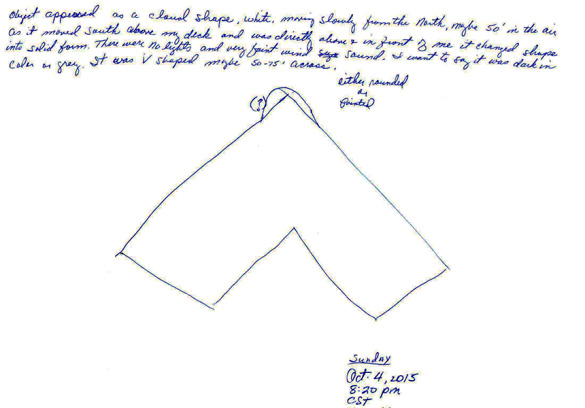 The incident occurred beginning at 8:20 p.m. on October 4, 2015, as the witness stepped outside onto a third floor deck.

“It was just turning dusk and the stars were not shining that bright yet,” the witness stated.“My deck faces east and as I glanced to the left, which is north, I noticed a white cloud very low just over the tree tops. There was little wind, but the cloud was moving very slowly which seemed odd.”

More details were revealed once the object moved closer.

“As it came closer it changed shape into a V-shaped craft, dark gray in color. There were no lights and it had the faint sound of the wind as it moved to the south.” 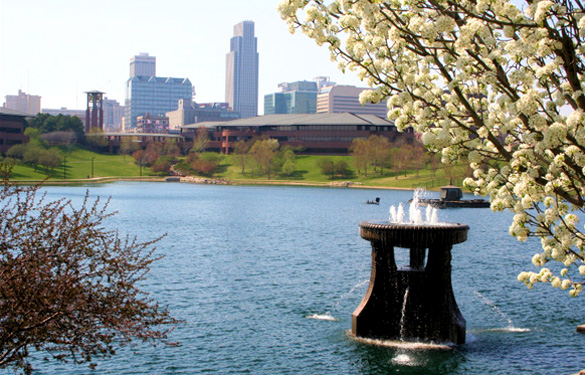 Witness reference photo of the area where the UFO was seen. (Credit: MUFON)

The object was very close to the witness at this point.

“It was maybe 10 feet above me when it was directly in front of me. The image as it appeared was one of mass, very large, maybe 50 to 75 feet across. It was so close that I couldn’t make out the whole of it, just the wings. I kept thinking, am I really experiencing this? I knew it was a UFO, but it was still hard to believe what I was seeing. I didn’t move, just stood mesmerized that this was happening.”

“It slowly moved out of in front of me gliding south and as I watched it go over another tree, it changed shape again into a cloud and disappeared over the tree. The whole thing was surreal. I thought to myself that I needed to go in and draw a picture of it before it faded from my mind. When I did that it was easier to accept that it actually happened and I did see it. Once in a life time I think.” 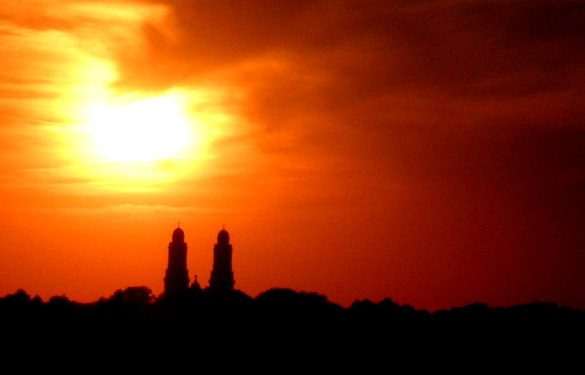 Witness reference photo of the area where the UFO was scene. (Credit: MUFON)

Omaha is the largest city in the state of Nebraska, population 446,599. Please remember that most UFO sightings can be explained as something natural or man-made. The above quotes were edited for clarity. Please report UFO activity to MUFON.com.