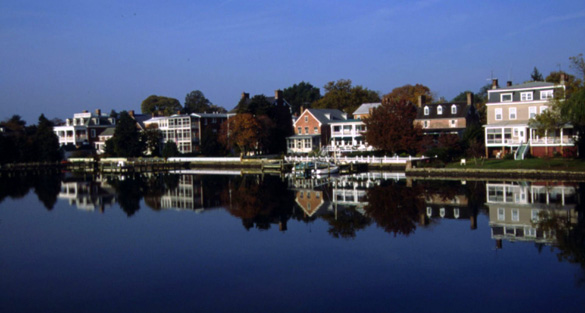 A Maryland witness at Chestertown reported watching a cross-shaped object with an unusual sound crossing the sky at 500 feet, according to testimony in Case 79581 from the Mutual UFO Network (MUFON) witness reporting database. 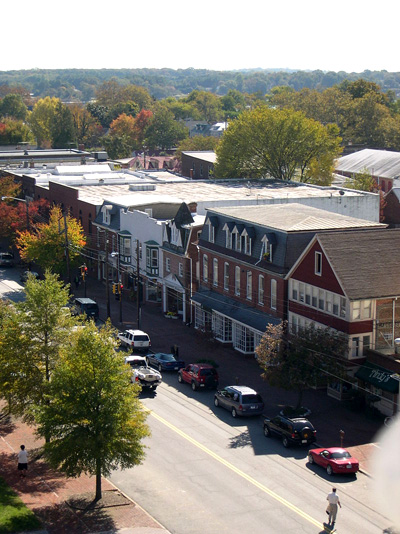 The witness was standing in his living room at 8 p.m. on September 29, 2016, when a plane was noticed moving in from the west.

“I thought it was too low, about 15 degrees above the horizon and about 500 feet altitude,” the witness stated.“Went into the front yard to study.”

As the object moved closer – within a quarter mile – it began turning slightly to the right.

“As it flew over my location I noticed there were no blinking lights. No red or green lights. Only bright white lights at four points, front, left, right and back. They were equally spaced. I would guess about the distance of a single engine, fixed-wing, wing span.” 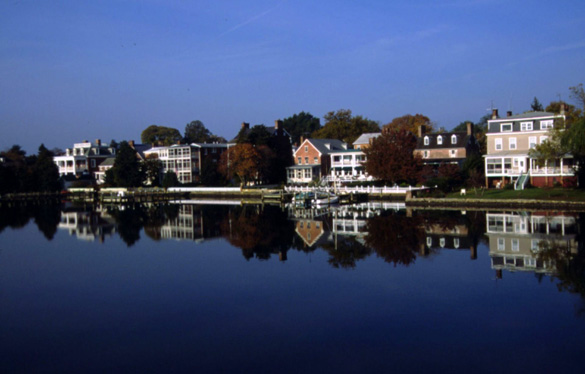 The witness said the object had four white light instead of red and green lights and a strobe. Pictured: Chestertown, MD. (Credit: Wikimedia Commons)

Then the witness noticed unusual sound.

“It was unlike any aircraft sound I’ve heard before. It was a kind of whoosh. Its speed was constant. The things that struck me were the four white lights, no red or green lights and no belly strobe, the low flight path and the whoosh sound as it passed. There was no noticeable delay between the visual and the sound so I assume it was about 500 feet up. I could not make out a shape. It was as dark as the night sky.”

“It flew out of sight to the southeast, blocked by trees and buildings. I stood staring at the blank sky trying to comprehend what just happened. It wasn’t until the next evening that I shared what I saw with my son and his girlfriend. I am reporting on the chance that someone else noticed this object in the sky that night. Thanks for accepting my report.”

The witness report indicates that the object shape was a cross. 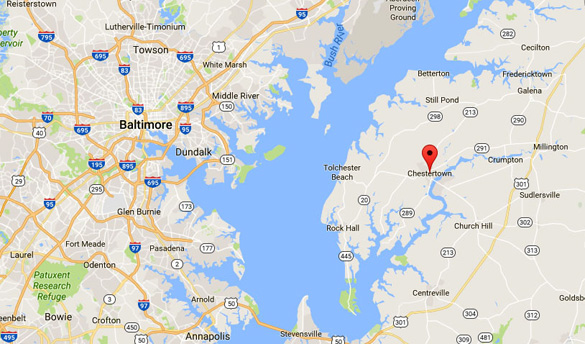 Chestertown is in Kent County, MD, population 5,252. Maryland MUFON is investigating. Please remember that most UFO sightings can be explained as something natural or man-made. The above quotes were edited for clarity. Please report UFO activity to MUFON.com.