Man sneaks up on Area 51 “Cammo Dudes,” they get mad (Video)

Area 51 is known for its high security and secrecy. Visitors to the roads leading into the base can spot white trucks on the hills watching your every move. Glenn Campbell, a former Area 51 researcher, decided to visit the base for old time’s sake, which ended up with him playing a little cat and mouse game with the Area 51 security guards, often referred to as “Cammo Dudes.” They are called Cammo Dudes, presumably becasue, well, they wear camouflage.

Campbell just posted a video (seen above) of his recent encounter yesterday, but he doesn’t say when exactly it took place. 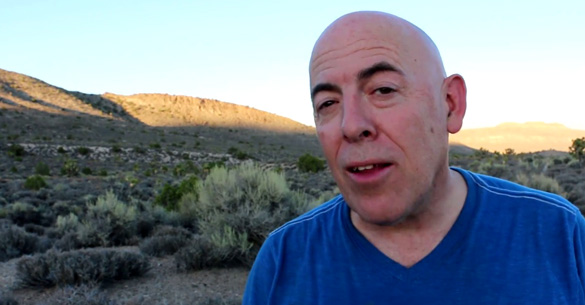 In the video, Campbell explains: “It was just like old times. I was out doing some research along the border of Area 51, which I haven’t seriously done in decades now. I was just south of Rachel, Nevada, and just north of the Nellis Range line. Wholly within public land when these guys, these Cammo Dudes, in a white pickup truck started following me. Now they were very shy fellows. Whenever I pointed my camera toward them they would back-up into the bush, and the only time I got close to them was when they screamed by me to get to their border.” 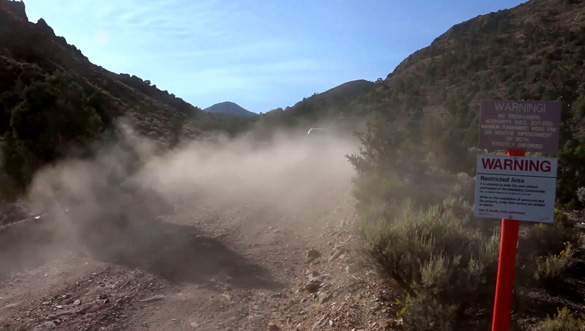 The Area 51 warning signs can be seen in this still of Campbell’s video as the Cammo Dudes went speeding by after a game of hide and seek. (Credit: Glenn Campbell/YouTube)

This part of the video is comical. Shepherd Johnson, an occasional contributor to OpenMinds.tv, posted the video on the UFOUpdates Facebook group, commenting: “Reminds me of an old Looney Tunes cartoon.”

In the video, you can see the truck back up as Campbell films them, apparently attempting to hide behind a bush. The scene reminds me of a cat that hides its head with its back end out thinking it is now invisible. Needless to say, their attempt to hide was not very effective. 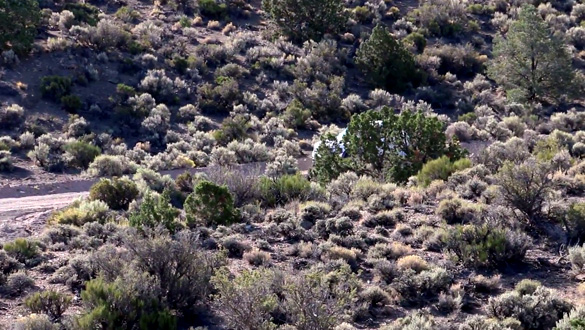 Can you spot the Area 51 Cammo Dudes hiding in this picture? (Credit: Glenn Campbell/YouTube) 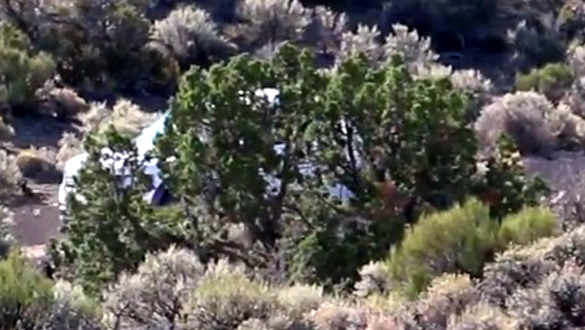 If you said, “Behind the green bush in the middle of the screen,” you were right! Good job! (Credit: Glenn Campbell/YouTube)

However, it gets even funnier. This is when Campbell decided to have a little more fun.

“They were watching me from a safe distance wherever I went, and I decided to play a little game on them,” explained Campbell. “I parked my car on one side of the road and walked up on the hills on that side. As they watched from the distance, I snuck around the back and came up behind them.”

In the video Campbell sneaks up on the truck filming and giggling the entire time. He almost gets right in front of the truck before he is noticed. 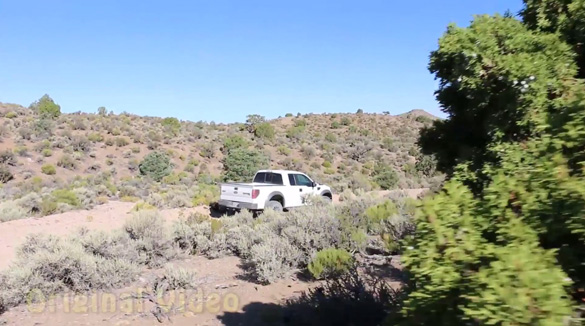 Campbell sneaking up on the Cammo Dudes. (Credit: Glenn Campbell/YouTube) 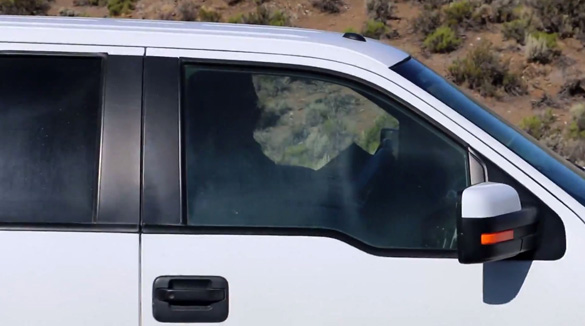 Campbell films Cammo Dudes in their truck. They are still not aware he is there. He gets nearly in front of the vehicle before being noticed. (Credit: Glenn Campbell/YouTube)

One of the Cammo Dudes jumped out of the truck and yelled: “Want me to take that camera from you?”

Campbell yelled back as he began running away: “You have no authority to take that camera!” 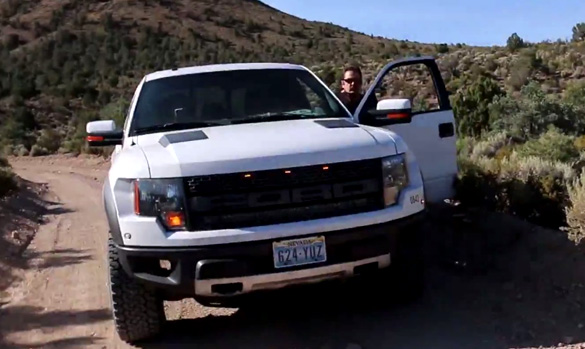 Cammo Dude gets out of the truck and yells at Campbell. (Credit: Glenn Campbell/YouTube)

Campbell says he kept running away at that point. He says the Cammo Dudes apparently went their way as he went his.

At the end of the video, Campbell ponders: “Now these fellas in the white pickup truck, these Cammo Dudes, they are not government employees. They work for a private contractor that works for the government. Still, I am wondering what the government’s policy is. Are we back to seizing film and cameras just like the 1990s. If we are, we are in for a grand old time.”