What made this case especially intriguing was the large amount of witnesses, and the thorough investigations by the police, the Air Force, and UFO researchers.

The public often refers to extraterrestrials as “little green men” despite many reports of encounters with alleged ETs being little gray creatures. In fact, of the various types of creatures reported as ETs, very few are said to be green. This anomaly is often credited to an incident in a rural Kentucky farmhouse in1955 that made national headlines. The occupants of the farmhouse claim to have been harassed all night by small glowing creatures. What made this case especially intriguing was the large amount of witnesses, and the thorough investigations by the police, the Air Force, and UFO researchers. 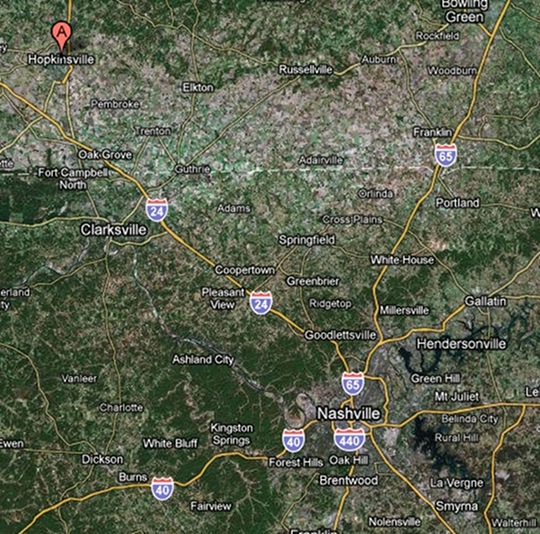 What is now known as the Kelly-Hopkinsville encounter took place on the evening of August 21st, 1955 near the small town of Kelly outside of Hopkinsville, Kentucky. That evening the Sutton family had a full house, as they were hosting the Calloway family, friends from Philadelphia. There were about a dozen people in the house Along with several children. Glennie Lankford ran the home, and would not allow alcohol, especially with children present, so all the adults were sober. 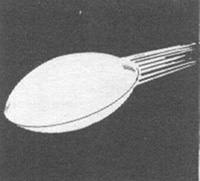 Drawing of the craft seen by Billy Ray Taylor.

The night started to turn strange around 7 pm. The house had no running water, so Billy Ray Taylor went out to get a bucket of water. Taylor soon came running back into the home, excitedly describing a sighting of an object that seemed to land in a gully behind the house. He said he saw an object with colorful exhaust fly over the farm and he lost sight of it when it went behind the trees. No one believed Taylor’s story and they made fun of him.

In the documentary Monsters of the UFO, two witnesses of the event where interviewed. OP Baker, the only surviving adult that was in the house, was around 30 at the time. He remembers that at about 8 pm, it had just gotten dark when they noticed a strange glow outside of the house. As they watched the glow, they realized it was emitted from a strange “little man”. The witnesses described the creature as being short, around 3 feet tall, having a large head with big yellow glowing eyes, long arms that almost reached the ground, silver in color, with very distinctive large ears.

The residents became increasingly frightened as the creature continued to approach the house. Taylor, and another member of the household, Lucky Sutton, ran for their guns. They grabbed a shotgun and a .22 rifle, and went to the front of the house. Getting more fearful as the creature approached, the two men opened fire when the creature got within 20 feet. Hitting the creature point blank, it flipped into the air, then landed on its feet and ran off. 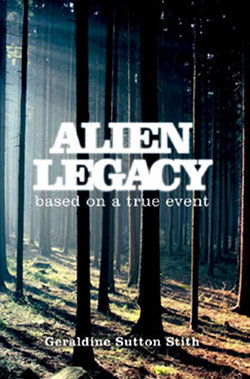 Taylor and Sutton ran back into the house and saw either the same, or another creature looking in the window. They shot it, knocking it away. Having shot the creature or creatures twice now, they decided to go outside and check to see if it is injured. While looking for a body, a creature on the overhang over the porch reached down and touched Taylor’s head. Sutton shot at the creature knocking it off the roof, but then they spotted yet another creature in a nearby tree. After shooting this one out of the tree, they reported that the creature didn’t just fall out of the tree, but seemed to float off, landing lightly 40 feet past the tree and running off.

The next few hours continued like this, creatures were seen on and around the house, they would be shot and then run off unharmed. The men said that the bullets sounded as though they were hitting tin cans. Sometimes the creatures would roll into a ball and roll away. Realizing that their guns had no effect on the creatures, they decide to flee the house around 11 pm. Everyone ran to their cars and they raced to the Hopkinsville Police department.

The Hopkinsville police confirmed that when the people from the Sutton house arrived, they were genuinely scared and panicking. They did not want to return to the house until it had been thoroughly examined by the police.

According to the local paper The Kentucky New Era, about a dozen law enforcement officers from the area and four MPs from the local Air Force base, all headed to the Sutton farm to take a look. They didn’t find any evidence of the creatures, nor did they find a craft behind the house in the gully. They did find many bullet holes and shotgun shell casings, indicating that there was shooting going on that night.

Local police seemed to take the event seriously. One sergeant had reportedly seen a glowing in the forest near the house, but upon investigation found nothing. It was also rumored that a trooper on his way to the Sutton ranch had seen a light, like a meteor, fly out of the forest and into the sky. 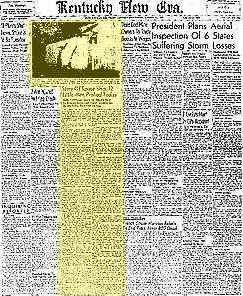 Frank Dudas, the city police desk sergeant had not been on duty during the incident, but had told the Kentucky New Era, “I think the whole story is entirely possible.” Dudas, along with another police officer, had reported seeing three UFOs one morning in the summer of 1954. He continued, “I know I saw them. If I saw them, the Kelly story certainly could be true.”

After the police had looked over the farm for a few hours with no sign of the creatures, they left and the Suttons and their friends returned. However, once alone and finally beginning to go to bed, Glennie Lankford saw a creature peering into the window again. The siege and shooting began yet again. Although the creatures were relentless, the witnesses got the feeling that the creatures were curious rather than wanting to do any harm. Still, Taylor, Sutton, and one of the teenagers continued shooting at them.

The creatures finally stopped being seen soon after dawn, allowing the Sutton farm some reprieve. Although their dealings with the strange visitors had ended, media and the general public would become the family’s next nemesis.

The Sutton farm incident made headlines the next day. Andrew Ledwith, an engineer for the local radio station came out and made drawing of the creatures from witness descriptions. Although the creatures were described as being silver, the news started calling this an invasion by little green men from outer space, a description that obviously stuck.

A carnival type of atmosphere began as people came out to look at the house, vendors showed up to sell hot dogs and trinkets. The Suttons tried to get them to go away, but couldn’t. The police had said they were unable to help. 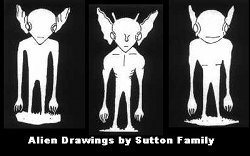 Although investigators reported that the Suttons did not seek any financial gain or publicity from the event, they did begin to charge a dollar to everyone coming to the house. This led to skeptics believing that they were making this all up for money. Another skeptic speculated that what the Sutton’s had seen was a monkey dressed in silver that had escaped from a nearby carnival. No missing monkey was reported.

Fed up with all of the attention, and fearful of the creatures return, the Suttons eventually sold the house and moved. In the documentary, family members had said that the traumatic incident that night stuck with the family even to this day. OP Baker summed up the profound effect the event had on him, “Back then I wasn’t goin’ to no church, and I started church and I have been going to church ever since.”

The case is highly regarded by many UFO researchers, largely due to the amount of witnesses and the favorable investigation done by Isabel Davis for the Center for UFO Studies (CUFOS). CUFOS was created by the Air Force’s consultant on UFO’s, Dr. J. Allen Hynek. One of his letters with the Air Force revealed that despite denials, the Air Force also sent investigators to the Sutton farmhouse. 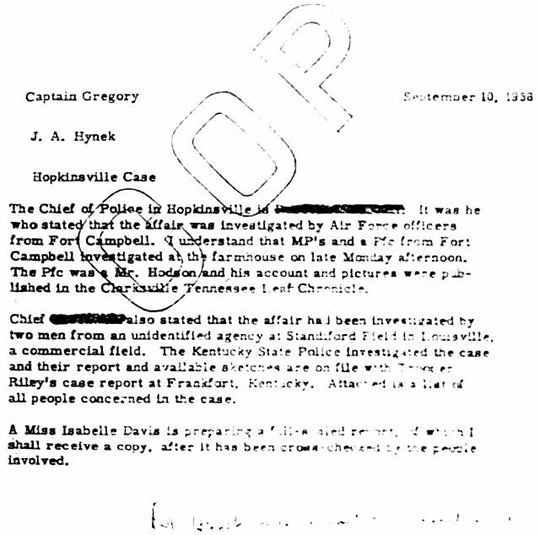 Letter between the Air Force and astronomer J. Allen Hynek.

Whether it was an elaborate hoax perpetrated by the well respected Glennie Lankford, along with the Sutton and Calloway clans, or a visitation by curious extraterrestrials, the Kelly-Hopkinsville case helped solidify the concept of extraterrestrial creatures as “little green men” in pop-culture. In fact, according to wikipedia, Stephen Spielberg was so influenced by this case that it was the inspiration for the creatures in his Gremlins movies. The 1950’s saw many famous UFO sightings and this case helped bring forth the question of who were the occupants of these strange craft being seen in our skies.

For more information on this case, watch the documentary Monsters from the UFO below, and check out these links.