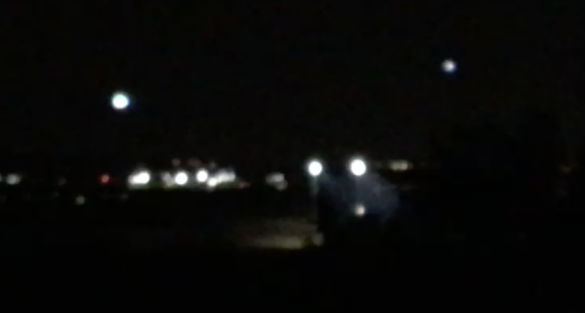 Lights dance around the sky in Arizona UFO video

A witness in Arizona submitted a video to the Mutual UFO Network (MUFON) of lights dancing around the night sky. The video is very impressive, but the lights are most likely drones. 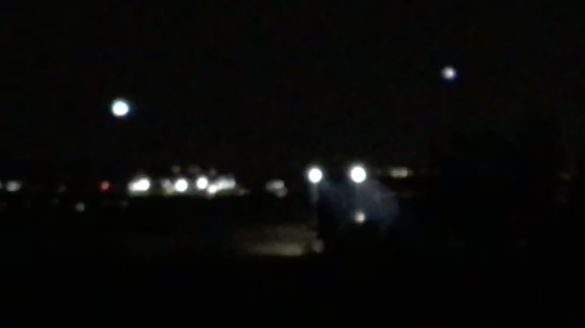 The witness submitted the video on September 10, 2017, indicating the sighting had taken place on the evening of September 3. The witness wrote that the UFOs were witnessed while driving in the Oro Valley, a suburb of Tucson. The witness stopped the car to take a look and film the objects. 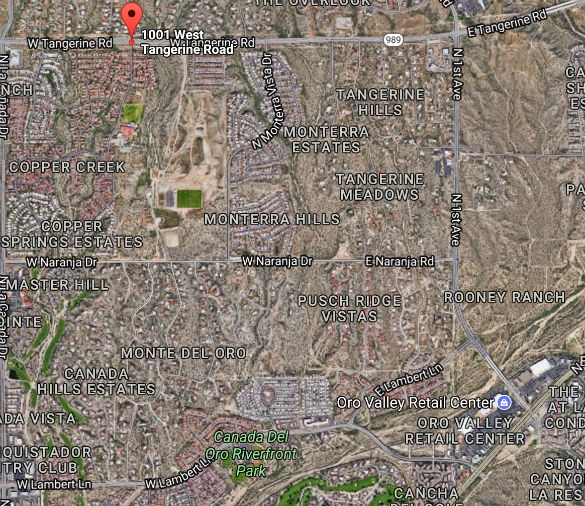 Marker indicates approximate location of witness. The objects were likely around the park at the bottom of this image. (Credit: Google Maps)

The witness described the objects as “3 balls of light with glimmer of red and blue hovering, flying near tangerine rd and copper spring dr.”

The witness stated the objects were seen for about 10 minutes. The video lasts almost 2 minutes, and can be downloaded here.

The park where drones were most likely launched. (Credit: Google Maps)

The lights dance around the sky, and the video is impressive, but so are modern day drones. Another giveaway is that the objects seem to launch from a park in the distance.

Drone technology has come a long way. In fact, drone racing has become a popular sport. Drone racers can don a virtual reality goggles and view the race first person. It is like a real-life video game. Check out this great video below of drone racing from GoPro. The drones are very maneuverable, and because Phoenix enjoys great weather, it is a hot spot for nighttime drone racing.